What are these devices mounted on old fashioned domestic electric trunking? 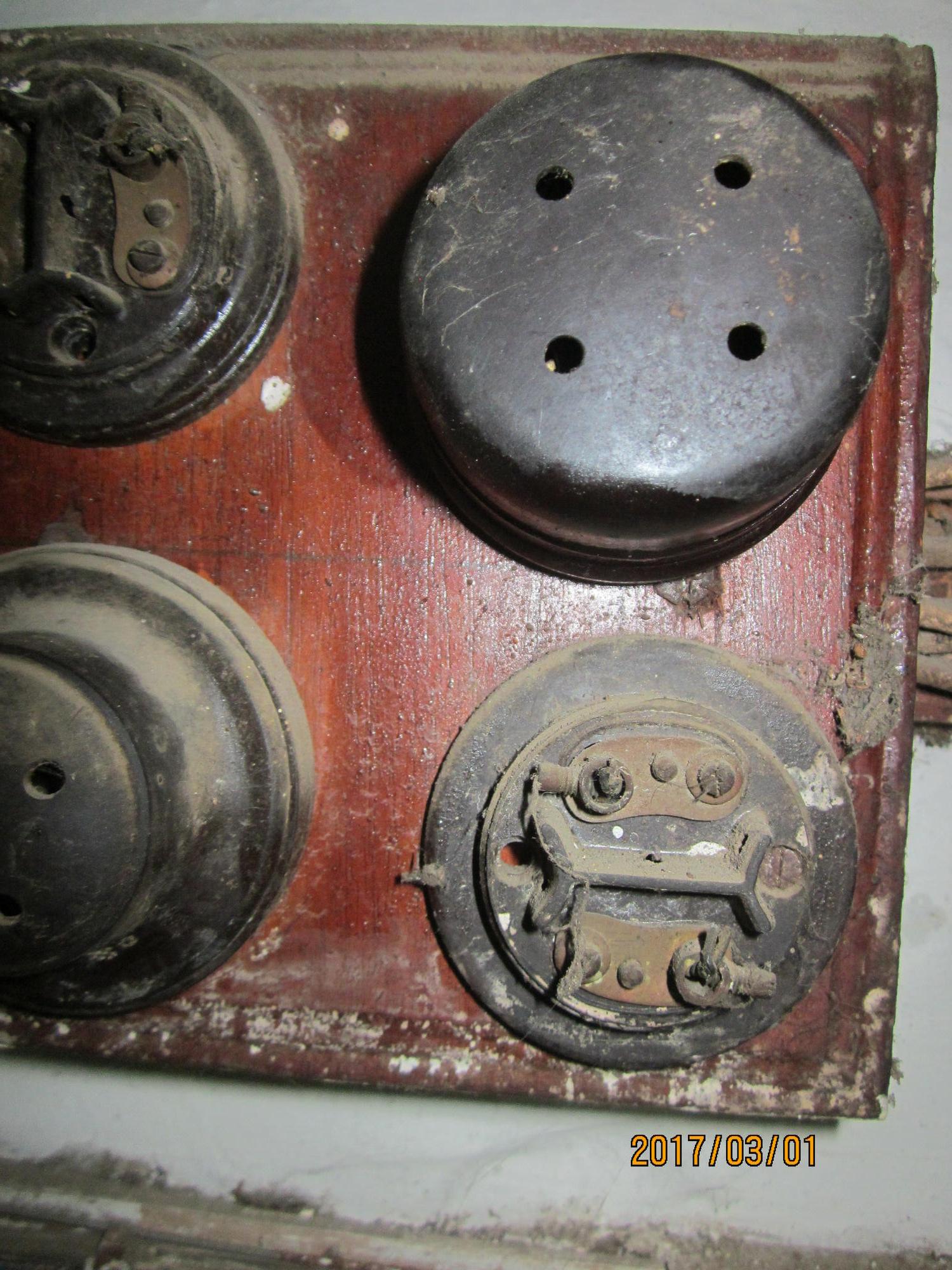 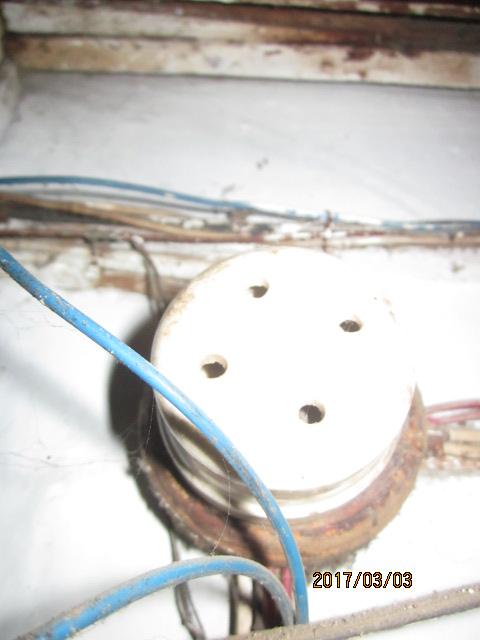 Just what the title states. The trunking exhibits several boards with similar thingummibob mounted upon them. What are these things (name)? What purpose do they serve?

What are these things (name)?

They are sometimes called "fuse-pots".

What purpose do they serve?

They each contain two contacts which are bridged by a thin piece of fuse wire which connects the electrical supply to wiring to a specific individual circuit. They prevent your house burning down in the all-too-likely event that there is a malfunction in some equally ancient and uncared for wiring, switch, lampholder, wiring or appliance.

That is an antique fuseboard 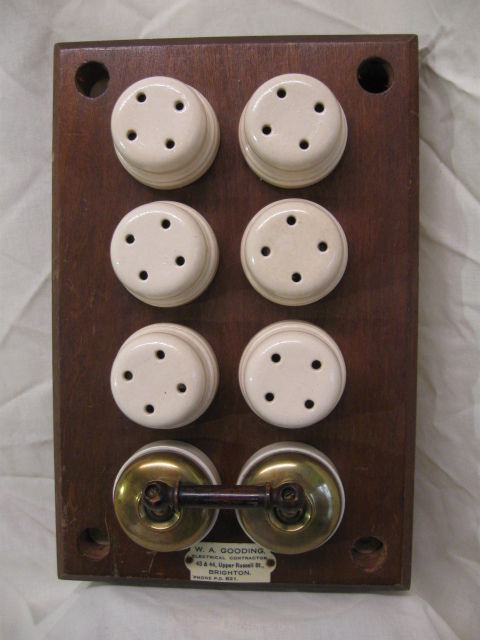 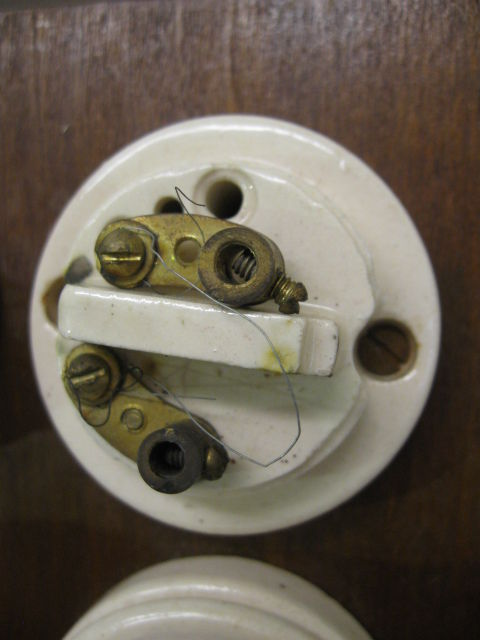 Yours seem to be a later Bakelite version rather than ceramic.

The individual holders may have been called fuse-pots.

They look rather similar to earlier 19th century fuse holders of the sort used in the 1890s.

However these earlier ones are all screw-in fuses following an Edison design I think.

Any idea how to open the cover if it refuses to? WD-40 threw in the towel

I'd be surprised if there was anyone still alive with experience of dealing with these things. At least, not in my part of the world.

If I were in your shoes, my immediate priorities would be

Having isolated the electrical supply to that panel, I would fabricate a removal tool by screwing four long screws part way into a wooden block and cutting off the heads to make short studs that fit those four holes. A small amount of penetrating oil might help but I suspect the chances of it making a difference are low. I'd have a fire extinguisher handy. Double check that power is off before going anywhere near that panel.