Get phone signal where there's no signal

I have a tiny house between two hills, in a mountain area. For few weeks I've been searching how to get phone signal there.

I think the electricity problem is not a concern for now—I can use a generator or build something that will produce enough power for the things I need.

I'm wondering how to get phone signal, including a good 3G connection which will allow me browse the internet, eventually.

What would be the most reliable way to get phone signal at my house?

My idea: build a high enough tower near me house and put on top of it an gsm antenna which will bring the signal down in my house. However I don't know:

Satellite phone is not a solution in my case since there are no companies around providing that.

Google Earth is actually quite helpful without fussing with drones at getting a pretty good idea of the profile along a path. You have to look for it, but it's there in the detailed information about the path. Bring up GE, find you, find the tower, draw a path. There are probably other programs, but that's the one I happen to know and use. Radio signals do not propagate through dirt (or very poorly) so you need the antenna high enough that it can see the antenna at the other end.

Antenna towers of any significant height are expensive and can be hazardous if not built correctly (thus, expensive - cheaper to construct a properly engineered expensive at the outset tower than to have a large cheap home-made antenna tower fall on people, houses, vehicles...)

Generically, you are looking at (normally antenna) tower construction. Wireless Internet Service Providers (WISPs) might be another path to investigate.

Coming to an arrangement with landowners of the top of one of the hills, and along the path from your house to the top of the hill may be considerably cheaper than building a large antenna tower.

For smallish antenna towers, sometimes a large flagpole will work. Many of those are arranged so that the pole can be easily lowered to the ground, making it comparatively easy/safe to install and maintain the device on the top of them. Other towers need to be climbed, and that is a hazardous occupation in and of itself.

Amazon sells some nifty looking cell phone booster/repeaters. You may want to try one of those first. 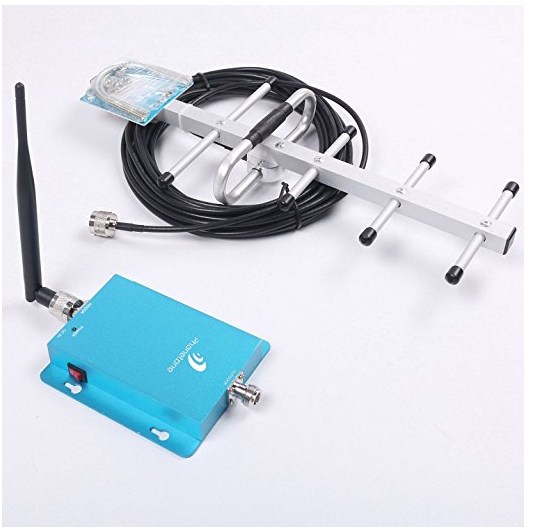 Not the answer you're looking for? Browse other questions tagged electrical telephone internet accessibility or ask your own question.

3
What are my options for hiding/removing service panels from the outside of a house?
2
How can I wire an HD antenna into my attic?
7
How do you ground residential network equipment?
1
Telephone Termination Block upgrade
2
Wiring ethernet cable from AT&T fiber Modem to a specific room
1
physical connections to a standby generator
1
No dial tone on phone jacks
1
RG6 vs RG11 - conductor size and connections