I lowered the pressure on my boiler and it flooded

We have single-pipe steam in our four unit building. We installed Danfoss RA 2000 valves in 3 of the 4 apartments but they seemed not to work too well and also tended to spit water from the air valves.

The system was running around 3-5 PSI. I turned it down to 0-2 PSI. After doing that however I noticed the water level in the boiler slowly rising and now it flooded. Any idea why that would happen? Am I stuck with higher pressure?

I have the Danfoss controls for 1 pipe steam. (My radiators stopped heating consistentenly, so I put a Hoffman vent on one of the radiators.) The rest are Danfoss vents.

As for the boiler flooding... looks like my Pressuretrol tripped? The mercury bulb tipped over and opened the circuit.

I drained the boiler until the sight glass was 1/2 way and pressed the lever and the boiler turned on again. But it keeps tripping. Sorry if I'm not using the right terminology.

The water in the glass moved higher and seems to be hovering around 3/4 full. (It visibly oscillates up and down slightly when the boiler is on but I assume that's normal?)

I am attaching picture(s) of my boiler controls maybe you guys can see what's wrong...

I don't know how to adjust these controls to try to keep the pressure below 2-3 PSI. 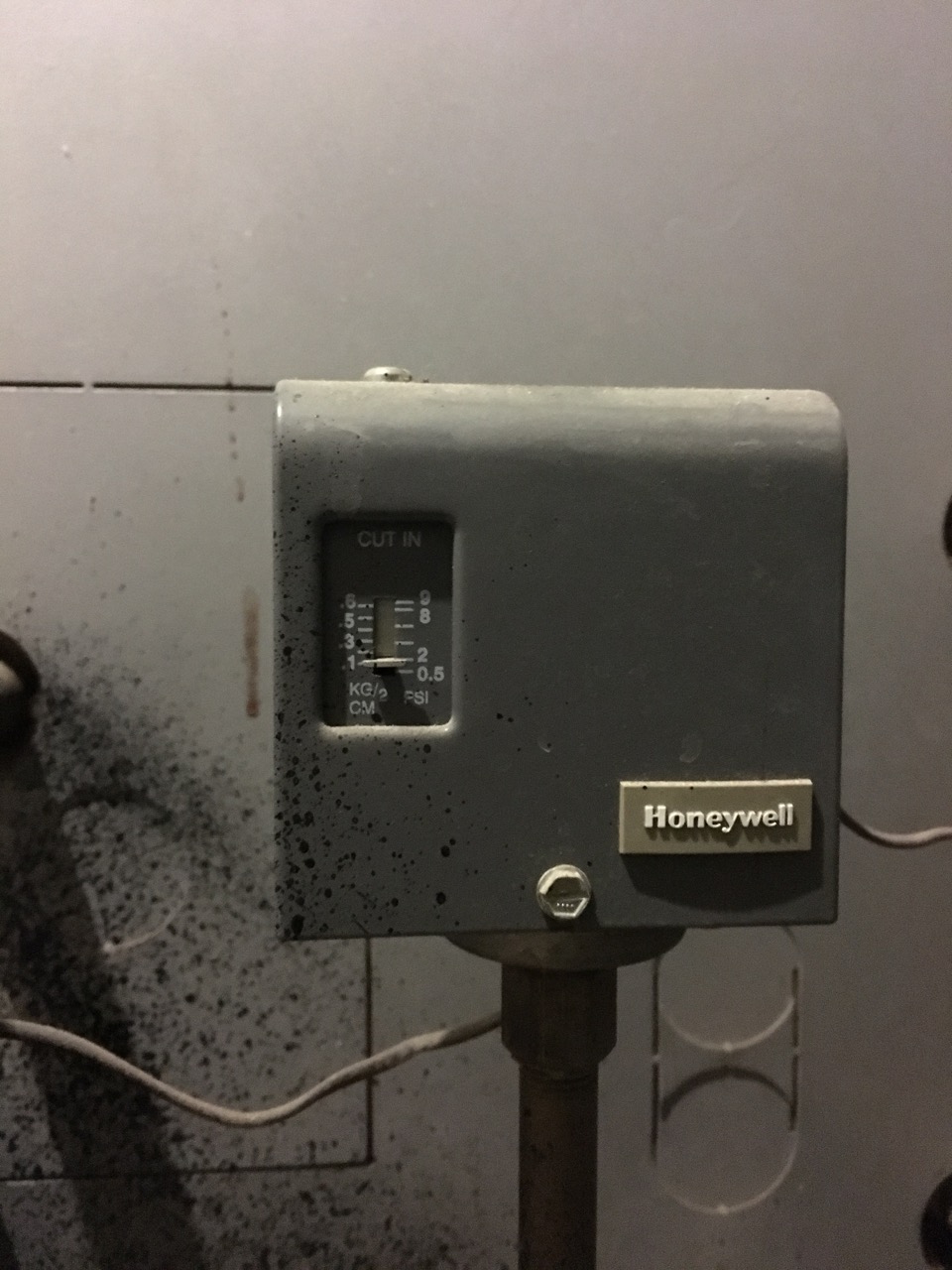 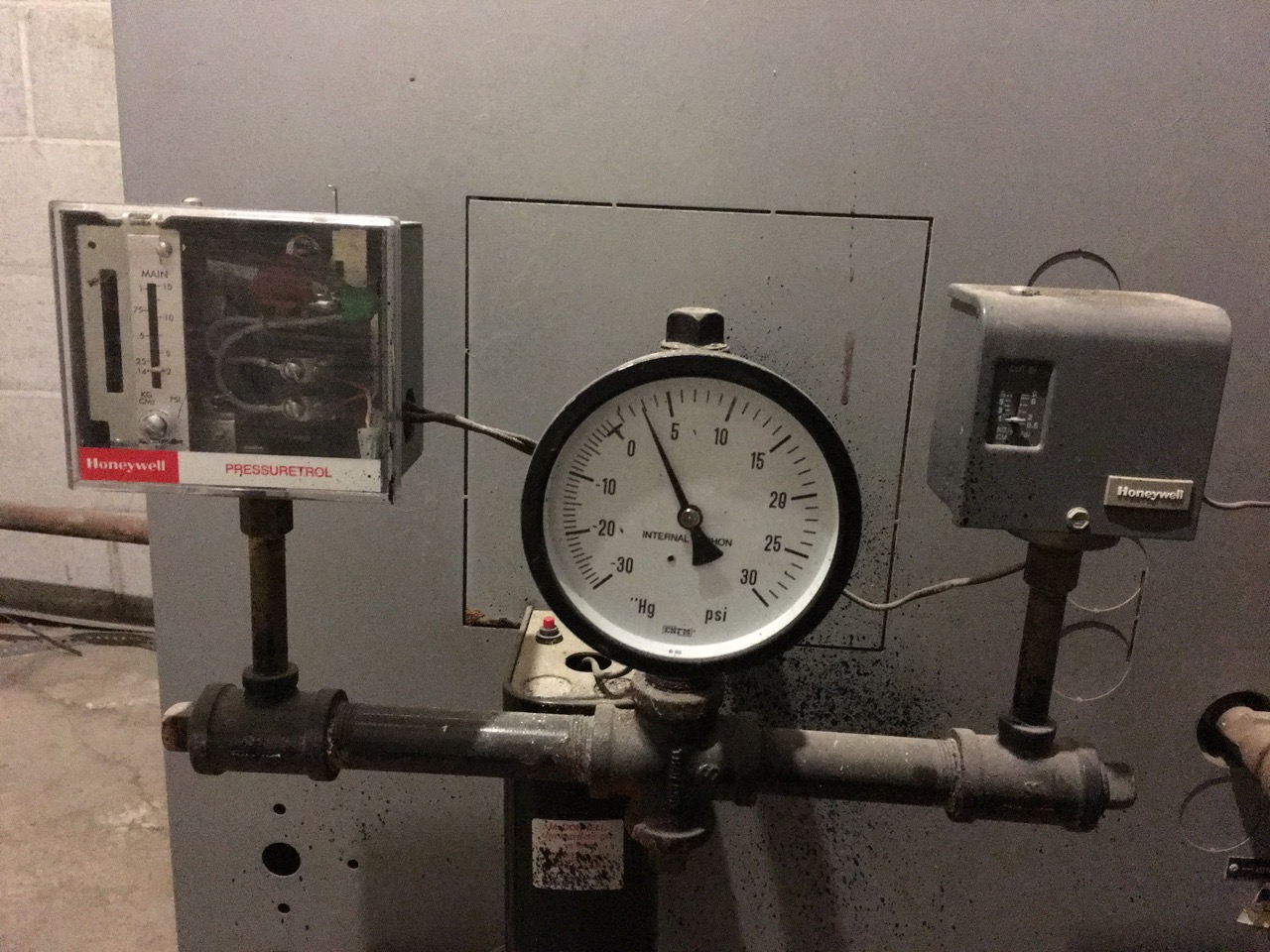 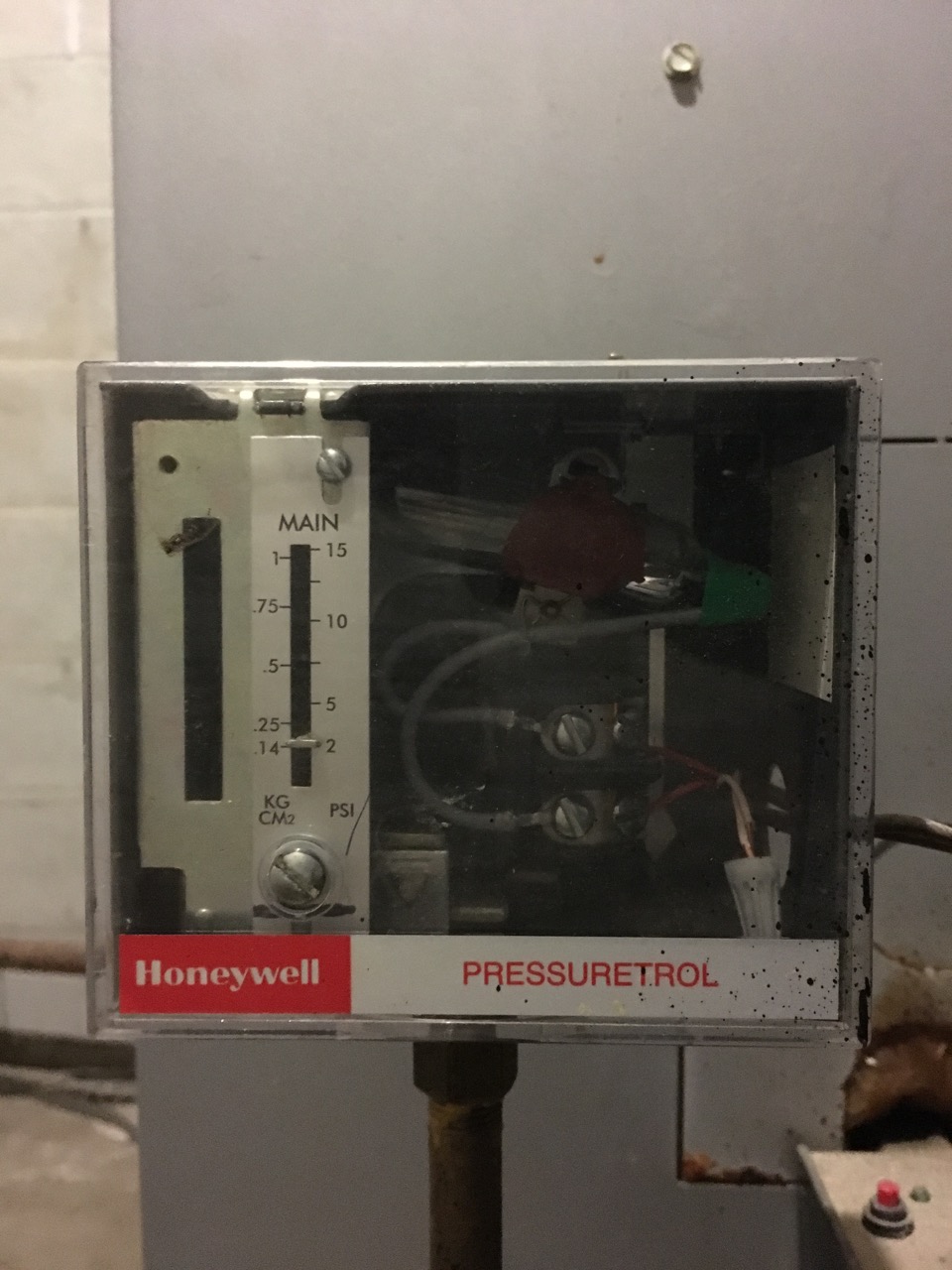 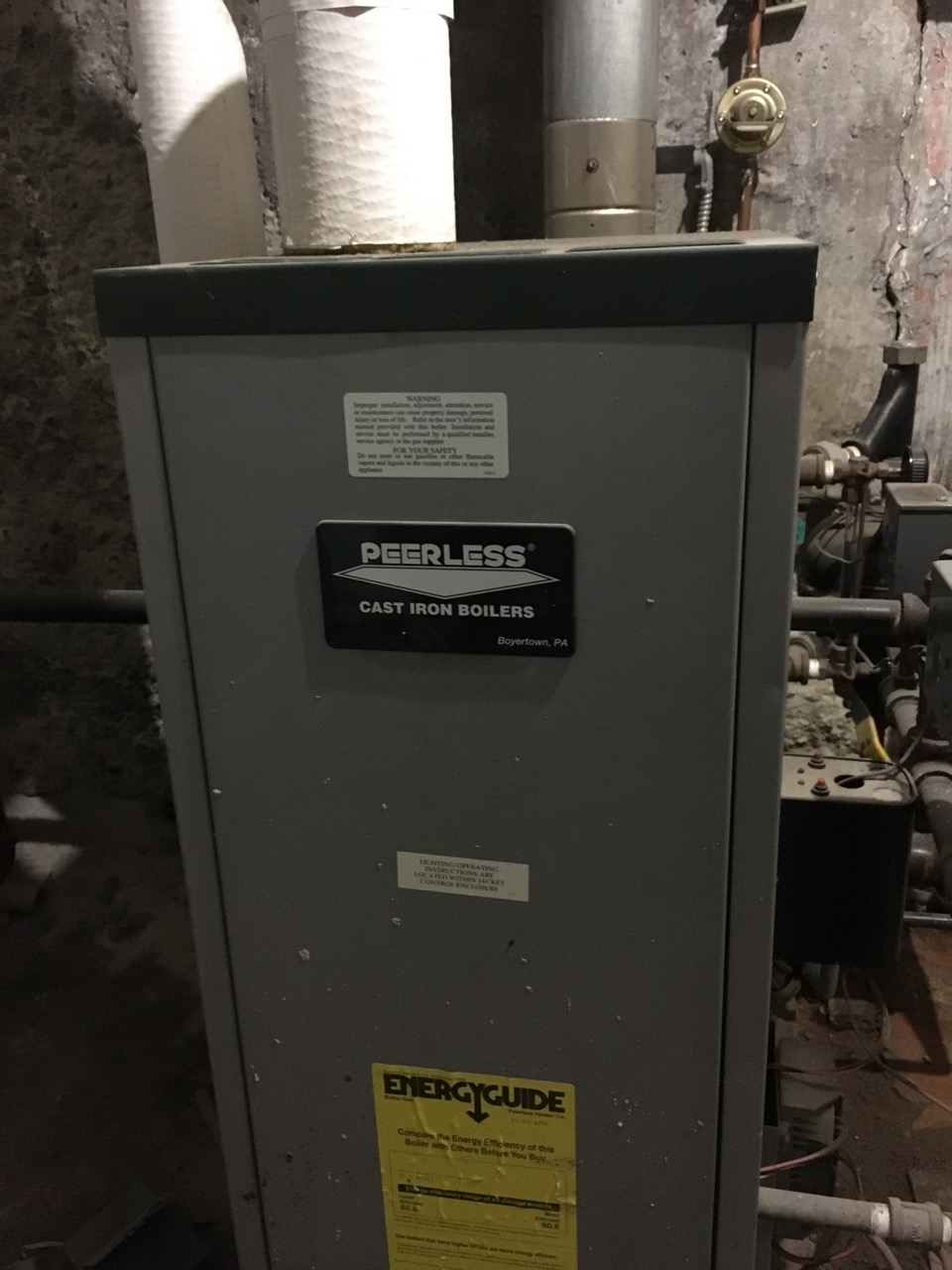 Here is the real answer to your heating system problem. I worked on these for 40 years. 1 pipe steam systems are very critical of any thing you or anyone has changed in that system since the time it was first installed. Now; exactly what valve did you install? Did the valve replace the steam vent in the last section at the end of the radiator? I hope so, since this is the only Danfoss valve that will work on a 1 pipe steam system. You will also have to install the steam vent that came with or was an optional part of that valve. A Hoffman steam vent #43 will work with Danfoss valves. The steam pressure should never exceed 3 psig. All the manual inlet steam radiator valves must be fully open or fully closed; never close a valve part way to try and control steam flow. After you read this respond with what you have done so far. You may have to add a boiler control system (not just a wall thermostat) since the boiler has to cycle off to get these valves to work properly.

Not the answer you're looking for? Browse other questions tagged boiler radiator steam or ask your own question.

2
Can I trust my pressuretrol?
3
Should the sight glass of a steam boiler always be within the recommended range? Or only when firing?
1
The hot water is working but the radiators will not heat up!
1
Boiler Resevoir Slow Leak
0
pressure in boiler getting too high
1
Extra powerful boiler short-cycling and overfilling
1
How do I bleed a very old radiator and identify whether my system is steam or hot water?
0
Recommended pressure in hydronic radiator closed circuit