How to space closet supports with even number of 16" spaced studs? 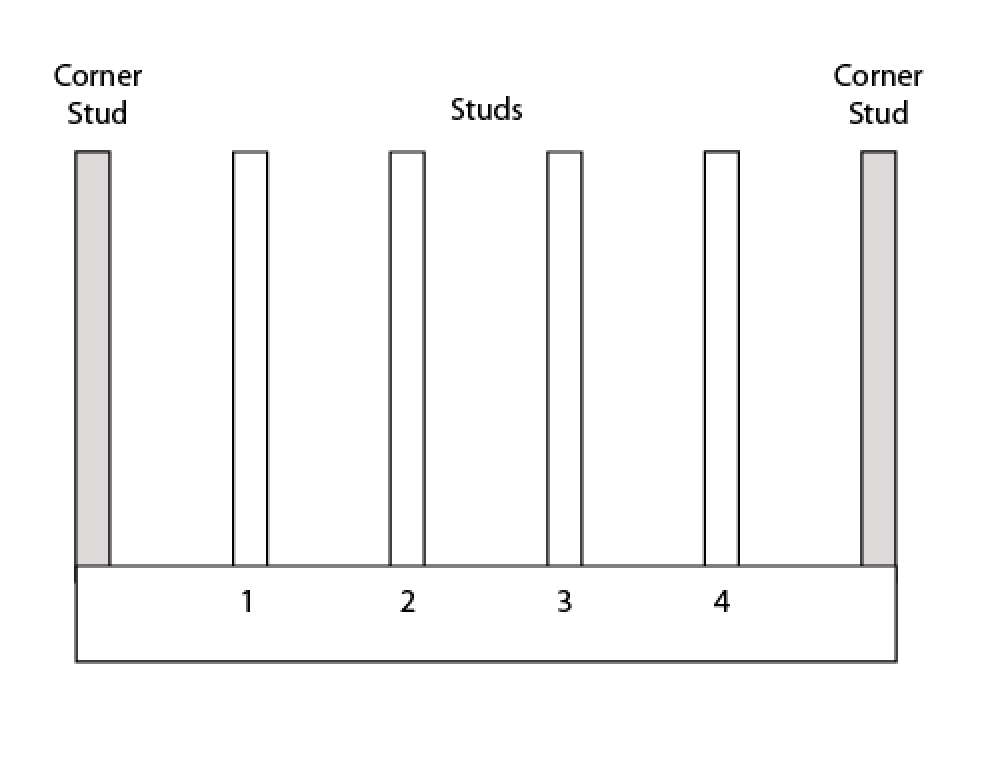 I'm not sure how wide the corner studs are, and it will be pretty awkward to try to screw them in there. So I was thinking of just attaching the supports to the inner studs. But since I have an even number of them, I feel I only have these choices:

Are all the options viable, and it comes down to the aesthetic I want?

These are the rod supports: 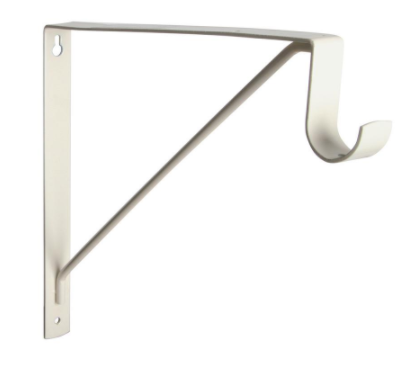 In my house the closets have 1x4 screwed on top of the sheetrock, on all 4 sides (minus the door opening of course) to mount the brackets. The shelf and rod bracket is exactly the one you have pictured. Where it is attached they added a short 1x4 vertically (with rounded bottom corners actually) to make a level mounting surface.

The short answer is, yes, it basically comes down to aesthetic.

How do I reach this conclusion?

The key to your question involves both mechanics and building practice.

The corner studs probably are only half-exposed behind the drywall, as they are positioned to provide backing and a nailing/screwing surface for the drywall. Google "framing corners" for examples. So, it might be difficult to get fasteners well-affixed into the available width.

That leaves the studs you've labeled 1-4. The shelf and rod are each 5 ft long. Just guessing, I'd say 50 pounds per foot would be a maximum expected load, or 250 pounds total. Remember, this is maximum. Your brackets each take 2 screws. So, 2, 3, or 4 brackets used will transfer the load to 4, 6, or 8 screws. Also, the force at the bracket will include a torque created by the shelf's cantilever, so the force at the top screw will be a "pullout" while that at the bottom will be shear.

Googling around, it looks like a #8 galvanized wood screw might have shear strength of at least 40 pounds and pullout strength of at least 150; and, for a #10 galvanized wood screw, 50 and 200 pounds might be a reasonable estimate. This is entirely nonscientific and I am not an engineer, so this is all seat-of-the-pants, shade-tree mechanic type of stuff. May cause injury, etc.

Drywall anchors of both the toggle bolt and auger-anchor types might have a 40 pound strength, both shear and pullout, as it's typically the drywall that fails, though I've seen toggles fail at the hinge. I like the Hilti unhinged toggle with plastic, breakaway, through-wall member better than old-style hinged toggles.

Something to consider would be that the weight on the shelf and rod will be multiplied by the distance that the load is spaced from the wall. Having all the load at the front edge creates more pullout load than having it evenly distributed, which is more than if its concentrated at the wall. This can be calculated.

Bottom line, it comes down to a judgement call: how much weight do you expect to put on the shelf and rod?

Also, do you have children, and could they ever possibly try to hang from the rod or try to climb onto the shelf? If so, I'd use 4 brackets and #10 or 1/4 inch screws.

It's really a judgment call that only you can make. But this is one way to approach that decision.

Not the answer you're looking for? Browse other questions tagged hanging closet support or ask your own question.

1
How can I attach closet shelving supports where there are no studs,
1
How far in from the wall do the first brackets go when hanging closet rod?
0
Hang a floating mantel
2
How can I mount a shelf above a closet door?
0
Doubling the size of a closet with two rods
1
Hanging Shelf With 79lb Drywall Anchor
2
How to attach a top plate to a plaster and lath ceiling for a closet?
1
What screws should I use for my floating Ikea bookshelf?
1
What kind of wall do I have, and do I need anchors?