What should I expect to find above garage ceiling (drywall)?

I re-did my garage ceiling a couple years ago. Home built 2003, in Southeastern Ontario, Canada, so may not be entirely the same, but probably fairly close. Here's a picture after I had taken down some of the drywall, which gives a nice profile shot: 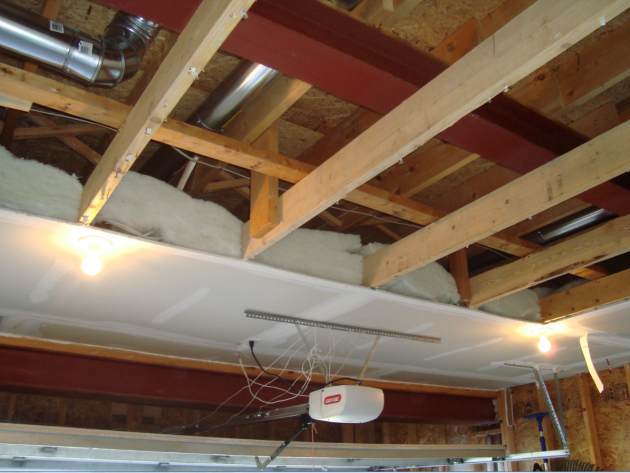 You'll probably note I used the past tense there. I took all the drywall and insulation down, cut the joists back to make the ceiling higher, installed some network/cable jacks in the rooms above (I fished wires between the joists to get to rooms not over the garage), installed central vac, and then used spray foam to insulate the ceiling, used the old batt insulation to insulate the exterior walls, and finally dry walled and installed some shelves on the ceiling. The room above is warmer, the garage stays above freezing, and both cars and the snow blower fit (though I have to move everything else up to the shelves in the winter). 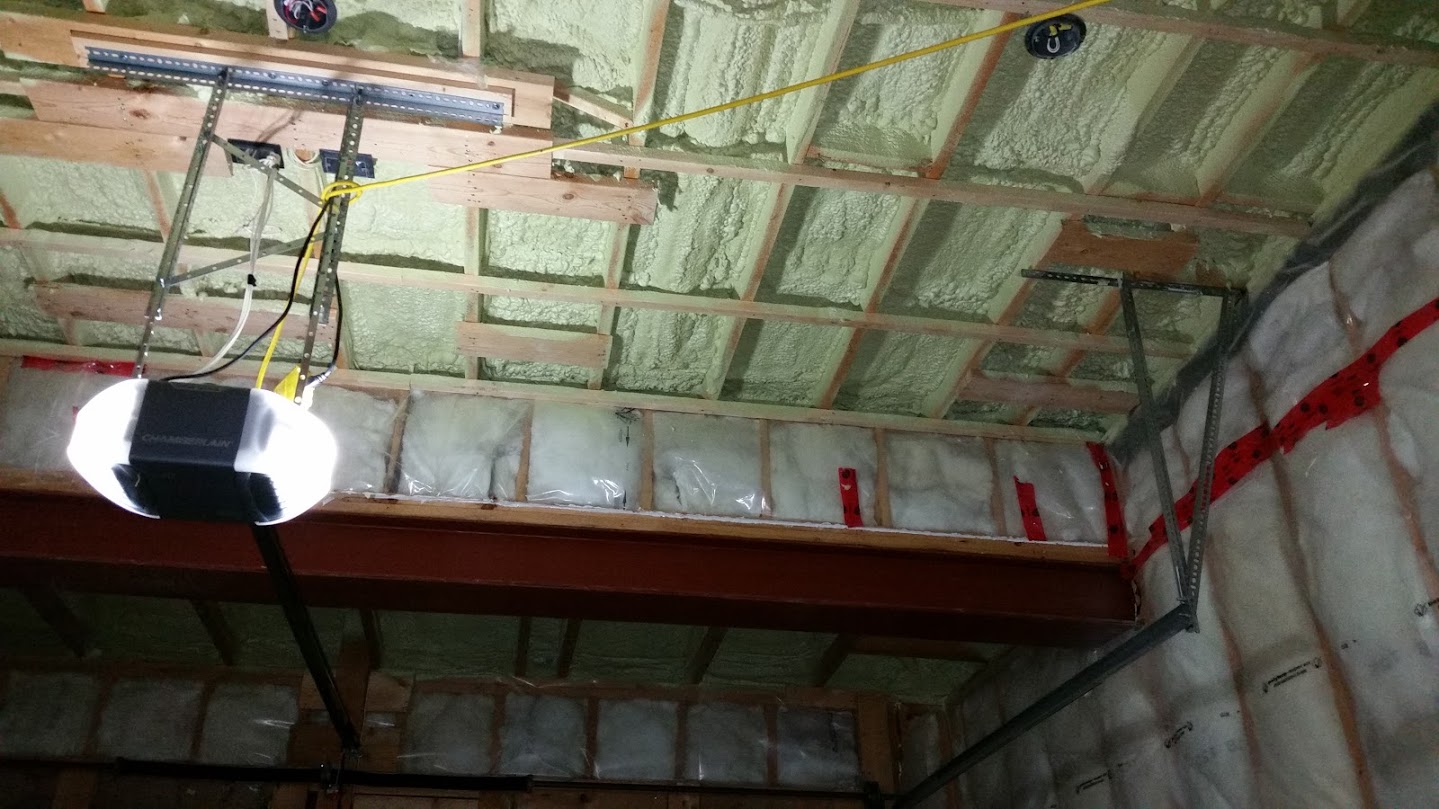 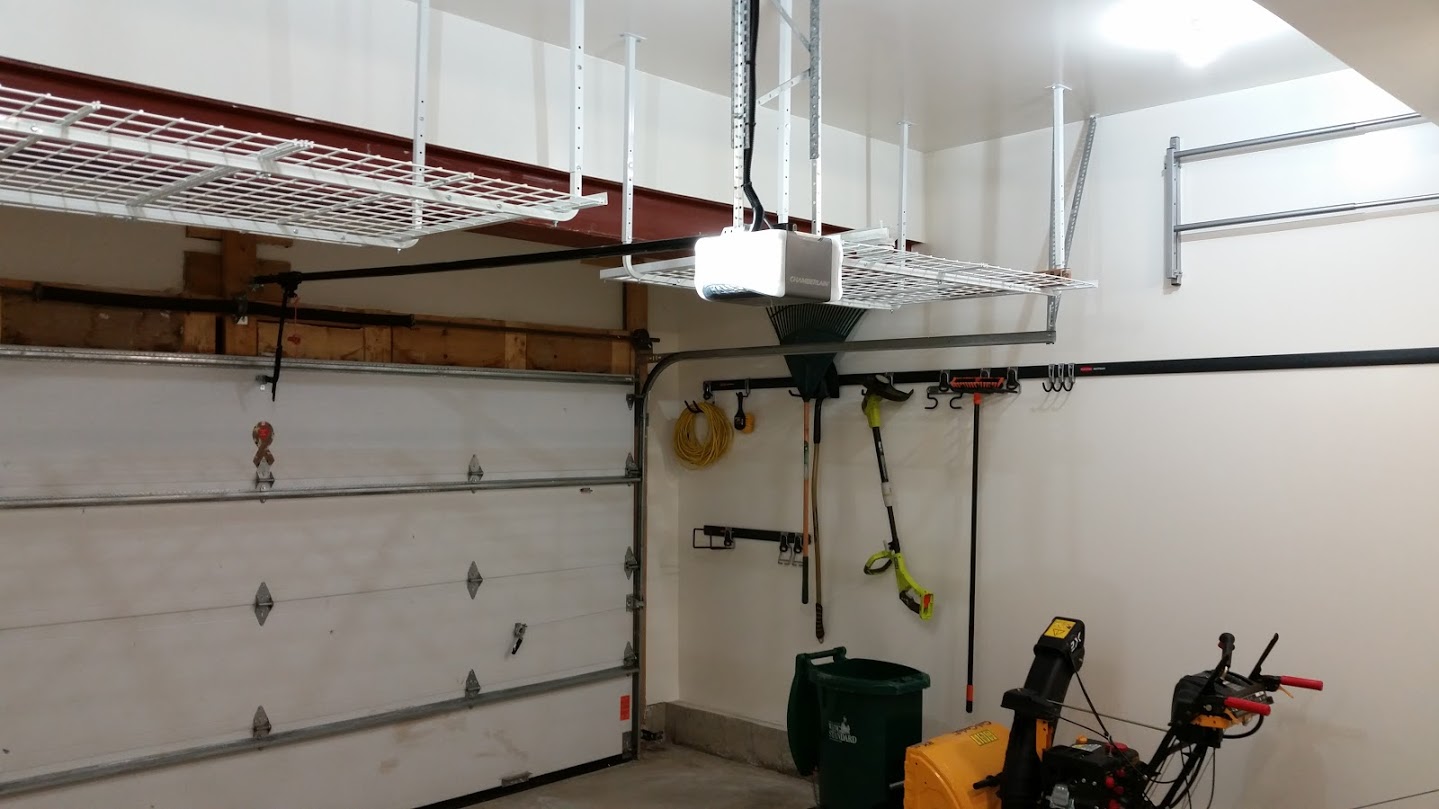 You'd find basically the same thing. There's probably batt insulation, whereas there'd more likely be blown insulation in the attic. Above that there may be a polyethylene vapor barrier (depending on location and relevant codes), then subfloor. There may be some wiring, and possibly HVAC ductwork.

4
Where can I find garage building plans?
2
What is the purpose of this pole [bollard] in my garage?
3
How can I calculate the rotational force and motor HP needed to lift a 5lb sheet from a horizontal position to a vertical position from one end?
0
U.S. NEC on adding wires in a finished ceiling
0
What equipment/material/knowledge is needed to visually fix a garage ramp
1
Garage ceiling joist support for studio apartment?
0
Home extension causing existing structure damage