I am changing out light switches in a house that I have just bought and don't know how to approach this one. There are 2 black wires running into the bottom and one red one at the top. There are also 2 white wires in the box that are attached. What type of switch do I need to buy to replace this one? This switch is only connected to the outlet in the room. There are no overhead lights either. 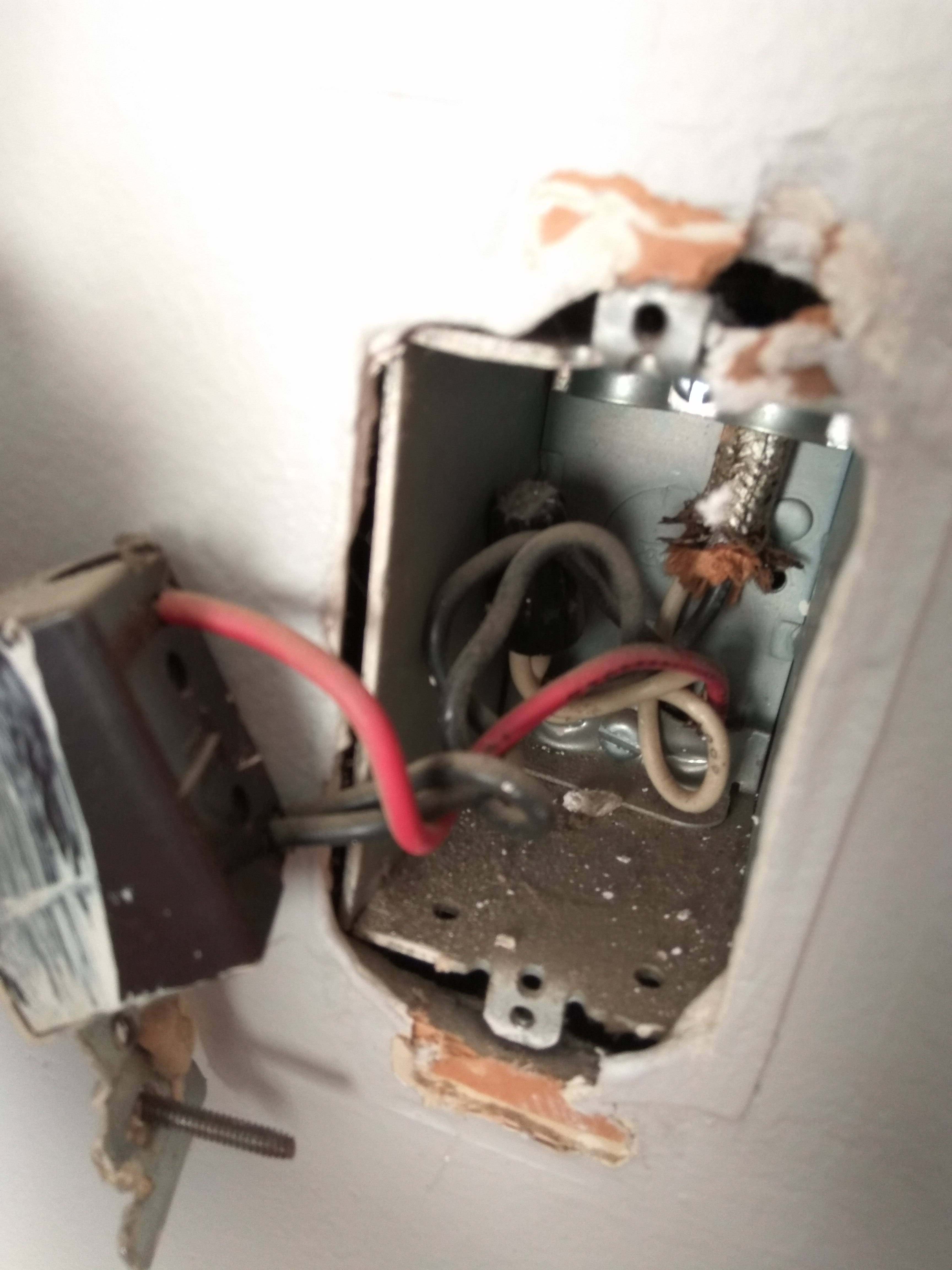 This appears to be a conventional switch configuration. The white wire carries the neutral on to the outlet that is switched. One of the black wires is the hot. The other is an extension of the hot to some other fixture or to one half of the switched outlet. The red is the switched hot.

After removing the old switch, the preferred method is to join the two existing black wires together and to add a short additional black wire (called a pigtail). Cap it with a wirenut or use push-in connectors to attach all three wires. The other end of the pigtail goes in one side of the new switch and the red in the other.