How to I fasten this toilet flange down?

I'm redoing my bathroom and had to replace a toilet flange. The old one was rusted cast iron whose flanges had all but disintegrated, and I ground down what was left of it with an angle grinder. It was fastened directly to the pipe, not the subfloor--which is concrete (house is on a slab). Here's what the result looks like: 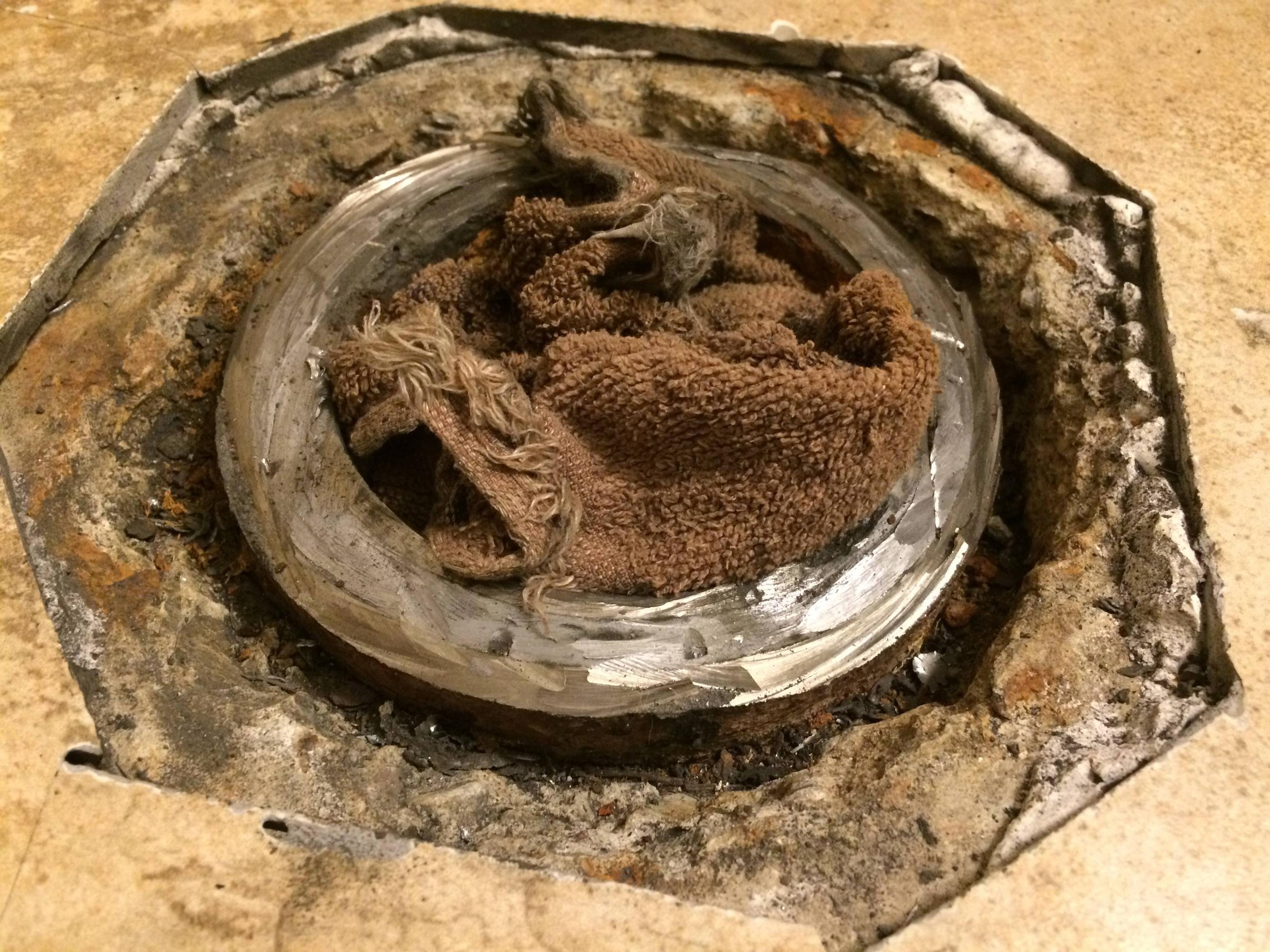 Then I bought a new flange that fits inside the existing pipe. Unfortunately I haven't found a good way to secure it to the subfloor, which is old (very hard) concrete. I tried Tapcons with little success. The problem is the angle of the concrete I need to drill into: 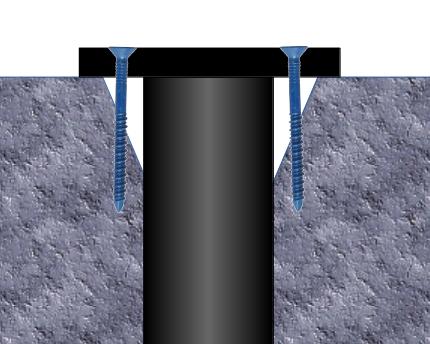 The walls of the existing concrete are so steep that it's almost impossible to drill pilot holes.

So what should I do? I've contemplated pouring some new concrete to fill the void and embed threaded rods in it to which I can fasten nuts though the flange, but I worry that it won't adhere well to the old concrete and tightening the nuts will just pull it loose.

What do you guys think?

I would drill out and break out more concrete to develop a hole that would hold a new concrete plug/doughnut around the pipe, rather than the difficult pointy cone you have now.

So, drill from the flat surface you have, lots of holes, and chisel carefully between holes.

My personal experience with Tapcons and "hard concrete" is abysmal. In green (new, fresh) concrete they seem to work OK most of the time.

Not the answer you're looking for? Browse other questions tagged plumbing concrete toilet or ask your own question.

9
Why can't I drive this Tapcon into concrete?

0
How to seal new PVC to old Lead pipe "toilet bend"
4
Replace toilet flange in a sanitary tee
9
Why can't I drive this Tapcon into concrete?
0
How can I extend an offset toilet flange when tiling?
3
PVC toilet flange replacement problems
3
Flange recommendation needed. Old flange rusted. New floor higher than older pvc pipe lip
2
How to fill a narrow crevice around my toilet waste pipe with concrete?
1
No flange when replacing toilet
0
Is it sufficient for toilet flange to be screwed to floating subfloor only?