How can I eliminate some of the switches in a 4-way circuit? 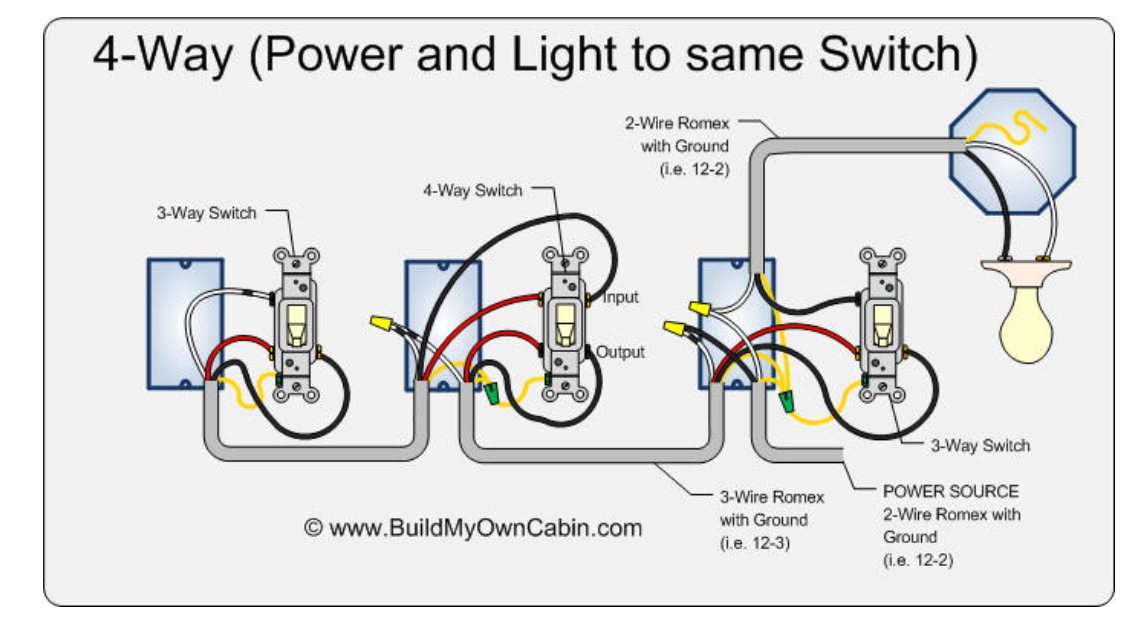 The only difference is the wire on the far right switch going from the switch up to the light is red instead of black.

All of those switches are powered and control each other but don't control an actual light. My thought is one of the two main living lights may previously had been a fan or something that are no longer there.

We want to remove the 2 switches on the outsides and make the middle 4 way just a single pole.

To note, the two we want to remove are each part of gang boxes with other switches so the cables would still be fully accessible later on by taking the switch face plate off for future owners.

I feel like I've tried everything. I have pulled all 3 switches out and capped off every wire individually and somehow there is still power coming in? Please help.

Also for clarity, my goal is to add a wink relay on that middle switch.

Connect the black wire from the power source to the black wire on the cable going to the middle switch box (this will be the hot wire to the new switch).

Connect the black wire from the lamp to the red wire going to the middle switch box (this will be the switched hot from the new switch).

Connect the white wire in the cable going to the middle switch box to the two white wires already bundled. Remove the black marking (this is now a neutral going to the new switch, even if it is not used).

Connect the black wire from the right box to one pole of the switch, the line side if there is a distinction (this is hot).

Connect the red wire from the right box to the other pole of the switch, the load side if there is a distinction (this is now the switched hot).

Leave the white wire capped unless the switch needs it. Remove the black marking (this is now a neutral to be used by a smart switch if needed).

Cap all the wires going to the left box.

Cap all the wires.

Eliminate 3-way switches, one at a time

First you go to one, single, 3-way switch, and you eliminate that switch.

As you may know, 3-ways operate by connecting the common pole to either one of 2 travelers. So in any particular switch position, one traveler is connected to common, and the other is orphaned. You're just gonna make that permanent.

Pick one 3-way switch. Turn the power off. Decide which traveler you want to use (i.e. which color) and unscrew it. Also unscrew the common. Splice them together in the normal way with a wire-nut.

Put another wire-nut on top of the abandoned wire, so that it can't short against anything. If the wire nut doesn't stay tight, go down a size (e.g. yellow to orange). Put some electrical tape over it to make sure it stays. Don't nip off the wire. Leave the physical wires in place just in case you do something in the future.

At this point, turn the power back on, and test to make sure everything works. That is to say, all the surviving 3- and 4- way switches should operate normally, i.e. the way they worked before. If they don't, go back and revisit what you did.

Now replace the 4-way switch with a plain switch.

The switch should still work -- with only 2 wires on it. It effectively works like a plain switch at this point.

This is an important step. If you leap straight to the smart-control and stuff doesn't work, you'll have no idea why.

Now that it's all working as you want, you can think about eliminating a redundant wire run. For instance if power is flowing from one box to another then coming right back on a different wire uselessly, you could get rid of that redundancy. Again, one step at a time, and test in between.

Now you follow the smart gadget's instructions for replacing a single switch.

9
How can I eliminate one 3-way switch to leave just one switch on the lighting circuit it's on?
0
3 Way (4 Switch) Insteon Setup for Ceiling Fan Light
2
Replacing three way switches with insteon
1
Removing switches from 4 way switch
1
Combine two independent switches into 3-way?
1
How should I connect a Wink relay when two circuits are involved?
1
What's the best way to separate house light from garage lights?
0
Replacing 3-way switches with C by GE smart switches
0
Powering 2 switches from 1 switch, legal? (not 3-way)
1
How to wire two separate switches off one main 4-way switch