My 8-years-old washing machine (Siemens WM14E442BY) forced me to replace its worn shock absorbers as well as all bearings. Once done, the washing machine finally stopped the sounds which were generated during spin cycle.

However, new sounds were introduced during slow spinning. I have managed to figure out the reason - the top springs on whose the drum is hanging. If I move the drum by hands, in certain angles the springs rub against the metal pillar making a vibrating metal sounds, which - amplified by the machine body - are quite loud and sound like the drum is hitting the machine's metal body.

I have extensively greased the connection between springs and the metal pillar. However, after a few washing cycles it is back.

Does anybody solved such a problem? Not really sure what is wrong. The only idea I get is that the metal pillar is worn out and even the grease does not prevent it to rub against the springs. I.e. the spring does slide to sides without friction, and once the friction is overcame it behaves like a guitar spring. 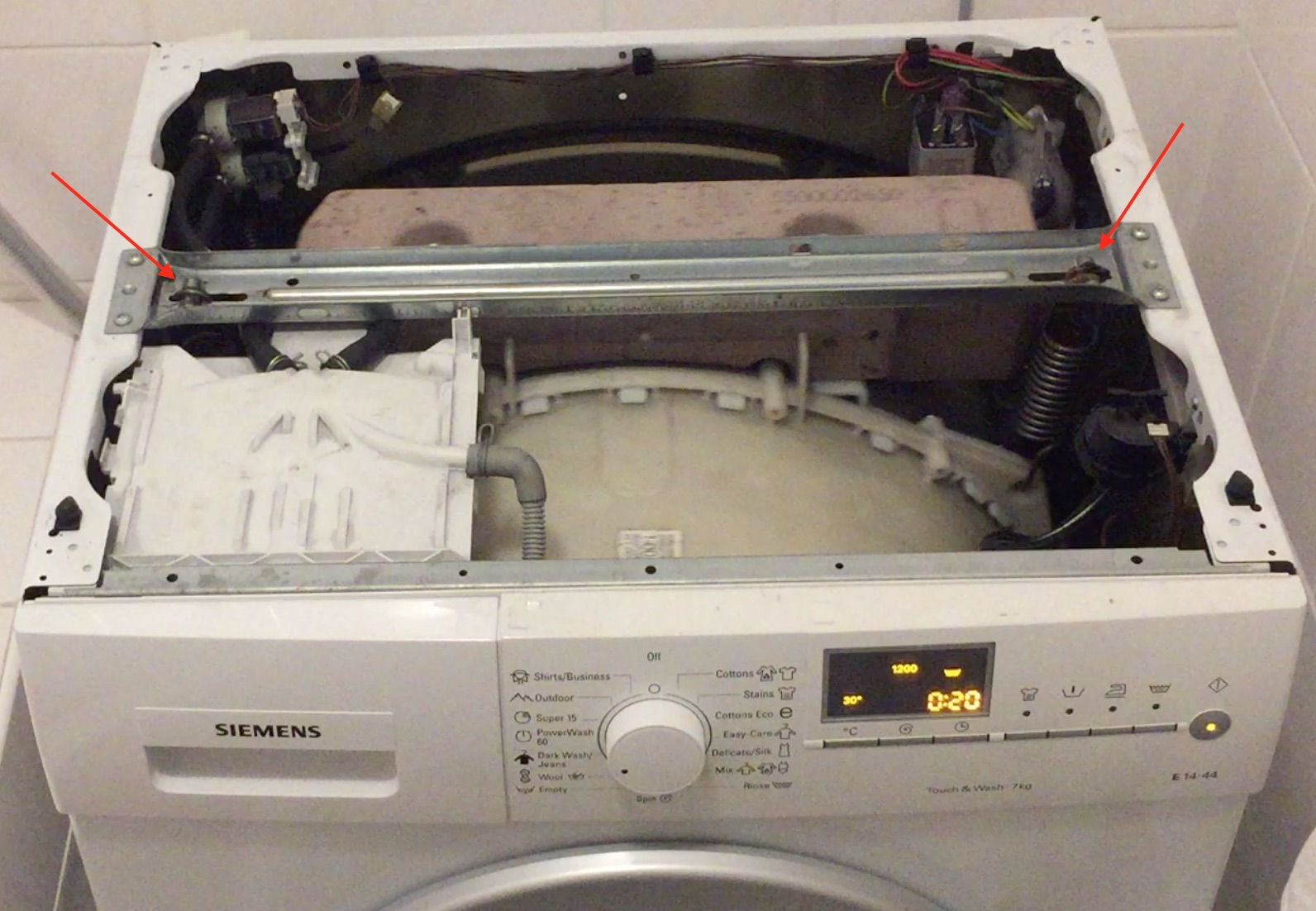 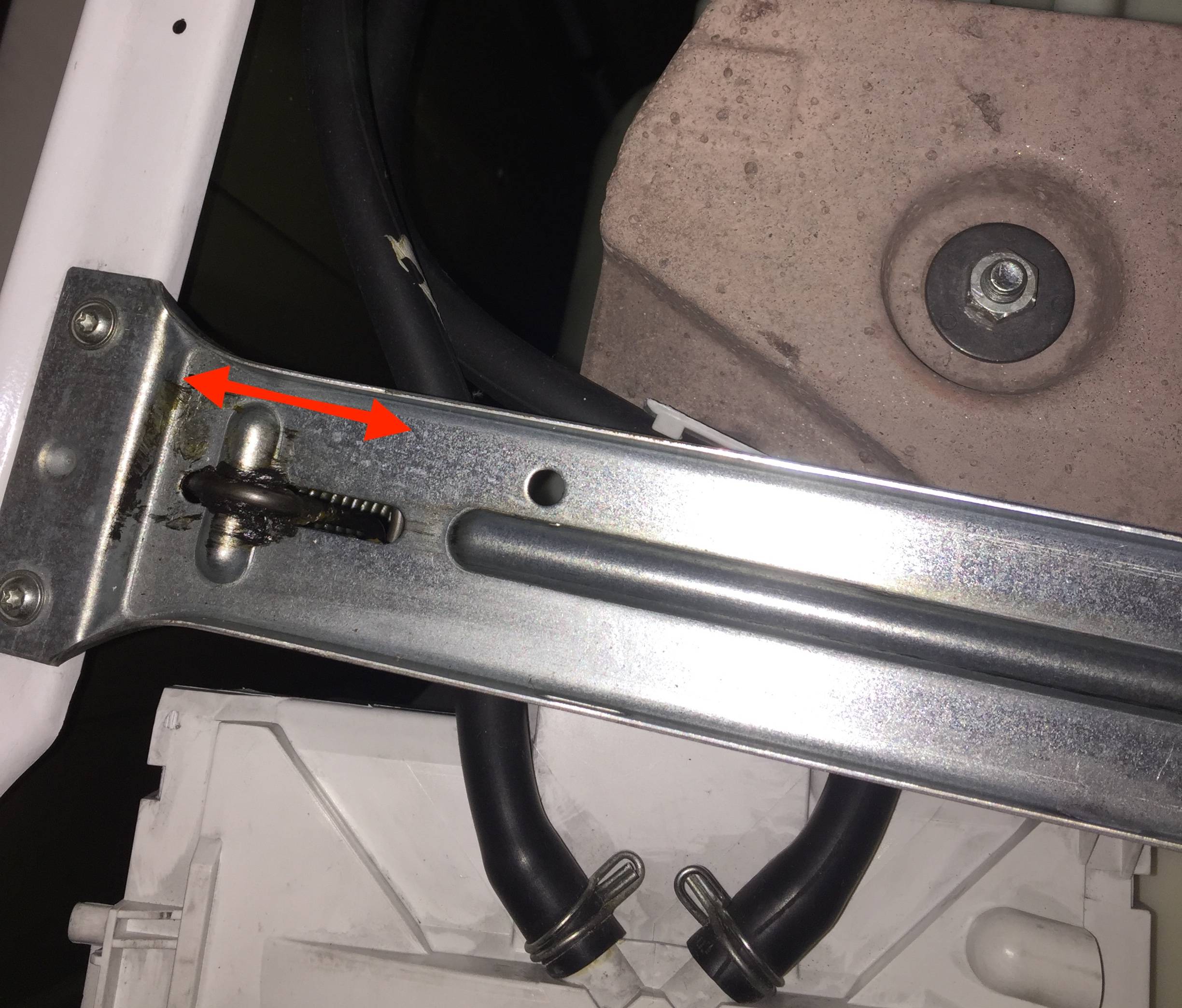 One approach is to slip a shim of some softer metal (Al, Cu, or brass) under the hook. You could form a groove in the shim before placing it. Maybe the friction would be greater and the hook would not move.

Turning the springs around did the trick, after about 10 washing cycles, no metal sound is coming out of the machine.

I.e. the problem was the wear on spring hooks.

Not the answer you're looking for? Browse other questions tagged washing-machine sounds or ask your own question.