How can I make my sink smell better?

My sink has a tendency to smell awful. A few times I've poored a lemon juice & baking soda mixture down it, but it only reduces the smell for a few days. What are some longer term solutions to this problem?

The smell isn't taking over the kitchen, but it's a real nuisance for someone trying to do the dishes.

If so, the sink trap is probably incorrectly installed, or more likely, the drain on an adjacent sink or dishwasher isn't properly vented.

A "vent" is a portion of drain tube that lets air into the pipe to replace the water flowing downward. If there is no easy way to draw the air into the pipe (usually the vent just goes up to the roof and draws air from outside) then the water from other nearby traps can be suctioned down the drain as well. Without water in trap, sewer gas is free to come up the drain and make you want to move to a condo.

To check the problem, run the dishwasher or wait until the stink appears. Then get under the sink (with a bucket!) and take off the trap for the sink that smells. This can usually be done without tools since it's usually a threaded plastic pipe. Check that the trap is full.

If it's completely full than all this advice is moot: listen to some other commenter.

If it's not full, then the best thing to do is to fix the drain properly. If that's too difficult or too expensive, you can install a "cheater valve" right before the trap. They're officially called "air admittance valves" but nobody will know what you mean if you say that. :) They are one-way air valves that make it easier for an improperly vented drain to draw air through THEM rather than sucking out the water from the trap. They're often used in island sinks where it's impossible to get a proper vent. 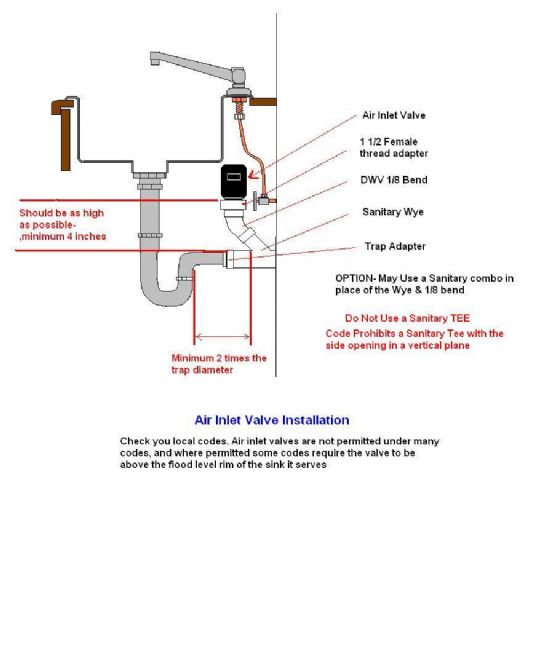 I use a combination of:

Over time, drains do begin to smell. There may be nothing blocking the drain, just some month old grease residue and remnants of the rest of the stuff that tends to go down the drain.

Mix about 1/2 gallon of it together, with the following quantities:

Pour it down the drain and let it sit in the trap for 10 - 15 minutes, then flush with more hot water.

I do that about once / monthly and it keeps the odor down rather well.

A liquid enzyme drain cleaner will remove the residue that is likely causing the odor.

Half a lemon ground up in the garbeurator works wonders for smelly kitchen sinks.

There is probably a large build up of organic waste materials in the bottom of your P-Trap. You need to use a drain maintainer. I use the Plink fizzy tabs. It was invented by a plumber. 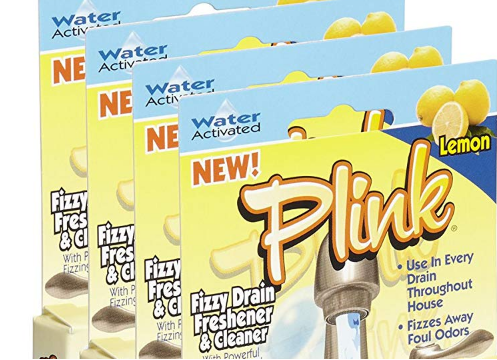 Not the answer you're looking for? Browse other questions tagged sink smell or ask your own question.

3
What is this mysterious odor from the kitchen sink and how do I fix it?