Waterproofing a concrete basement wall with a staircase in the way?

I've been in my 1926 house for just over a year, and earlier this week I noticed water seeping in through the concrete wall behind my basement staircase after some intense rain. It was a small but steady trickle. The basement walls have been treated with what I assume is a water proof sealant although I do not know the exact details as it was done before I bought the house, but clearly it was done recently and they could not cover behind the staircase.

What are my options for sealing this up? So far I've only thought up:

There is no sump pump, and no additional water proofing that I know of. Outside is my driveway and the grading is relatively flat. (See last photo.) 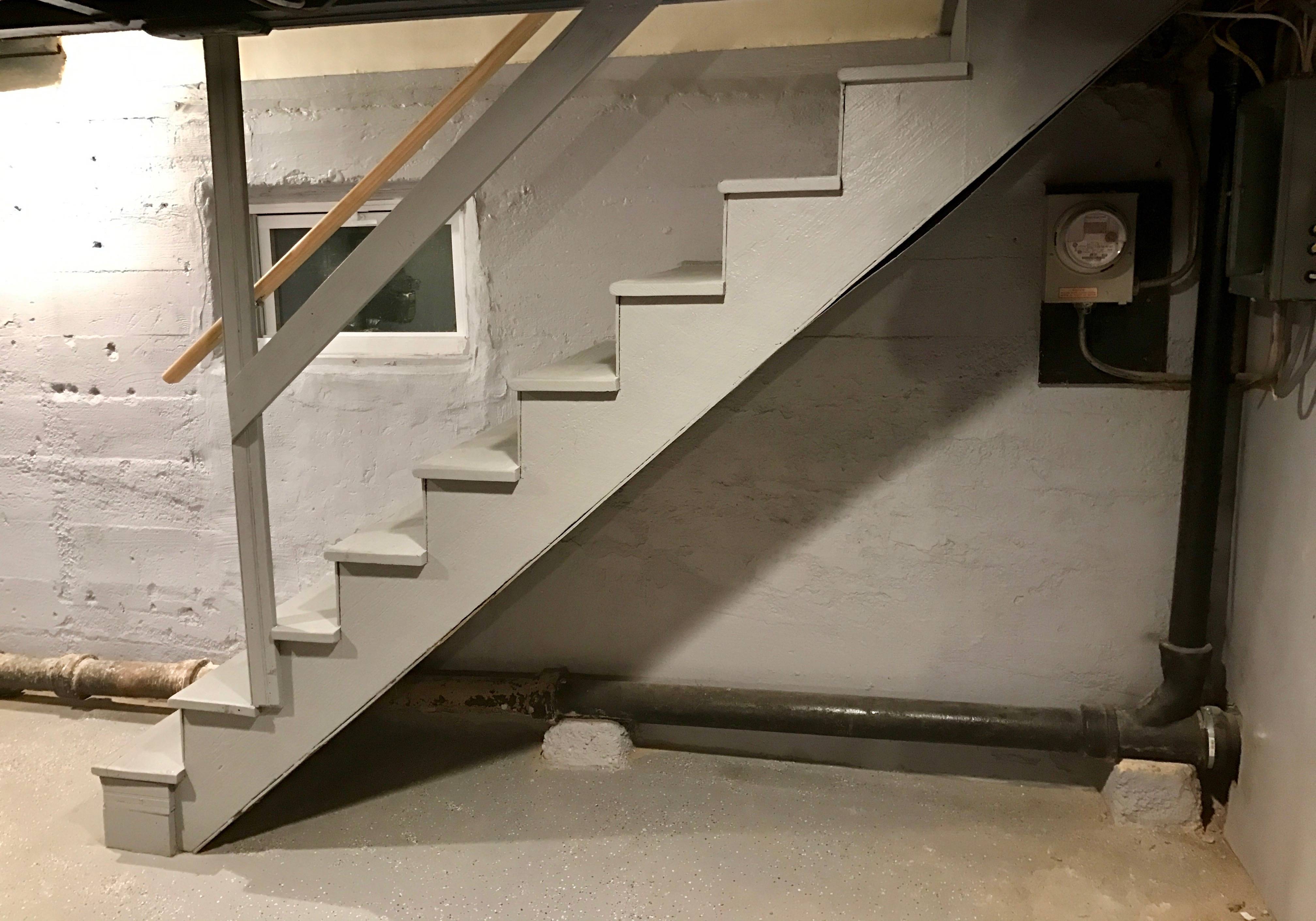 The water came in just to the right of the window, behind the stringer, towards the back of the 5th step. 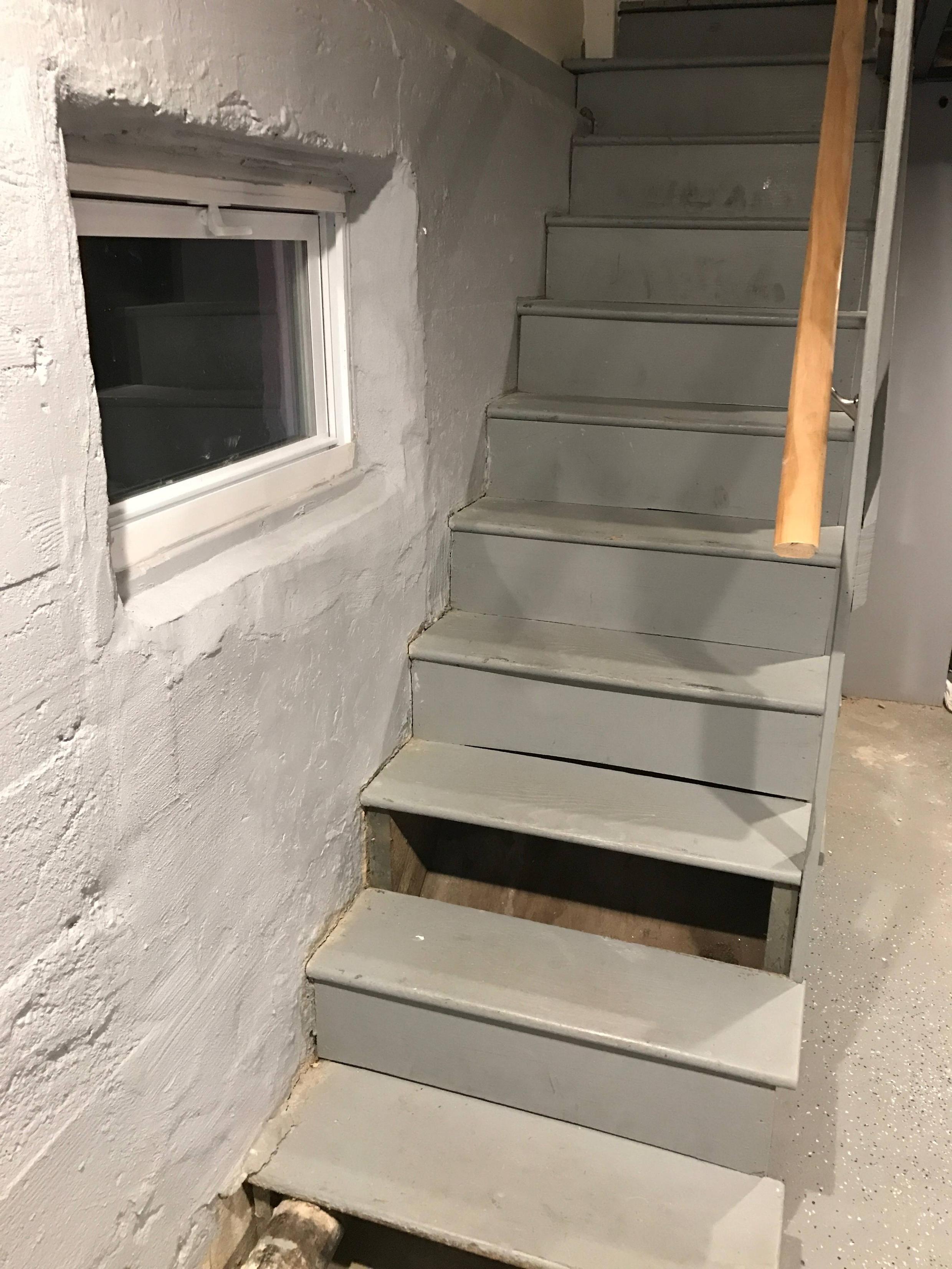 The missing riser was broken, so I just pulled it off. (Several of the others are also warped.) 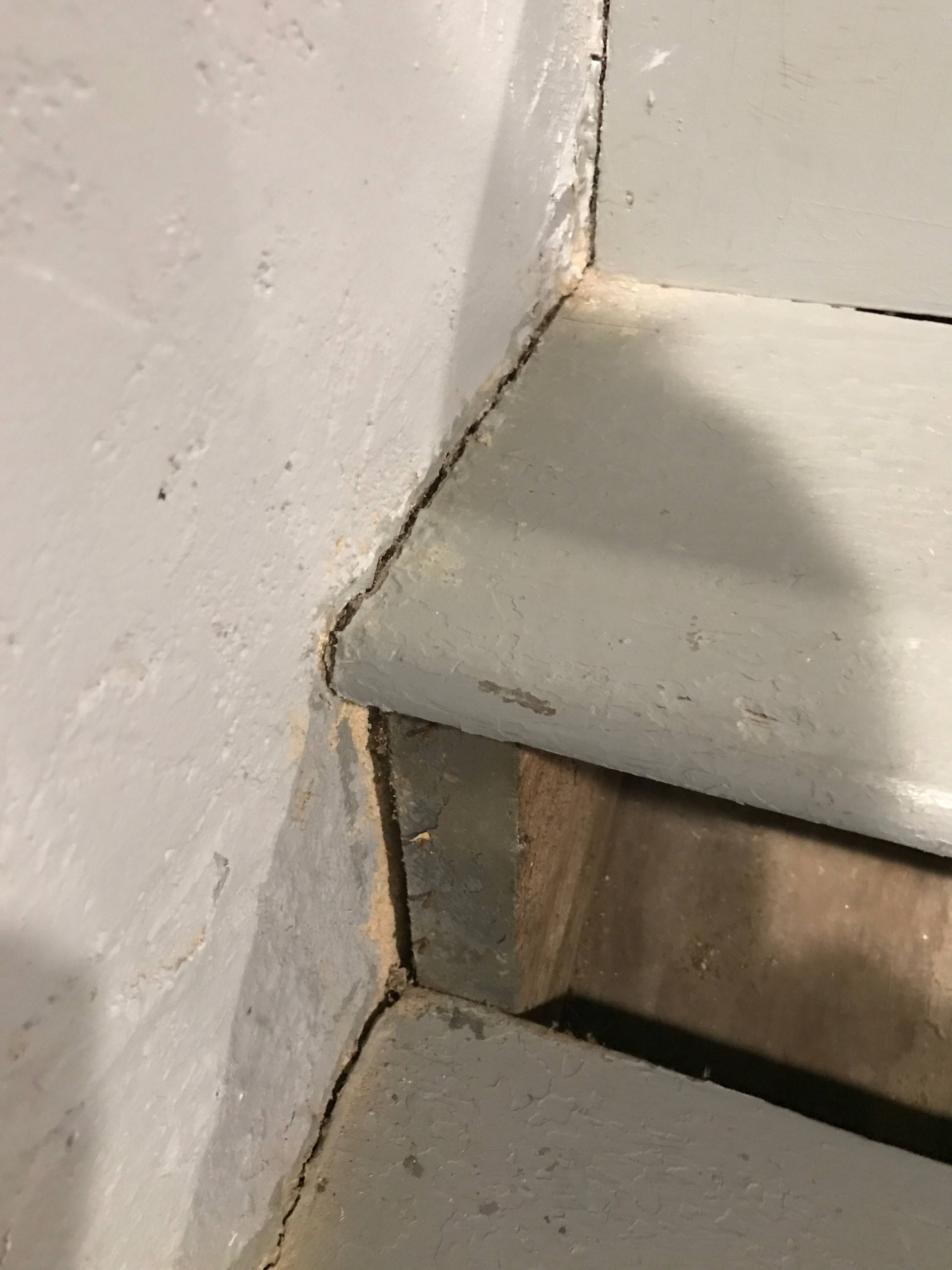 There's gaps all along the edges of the stairs, and the stringer does not appear to be attached to the wall directly. 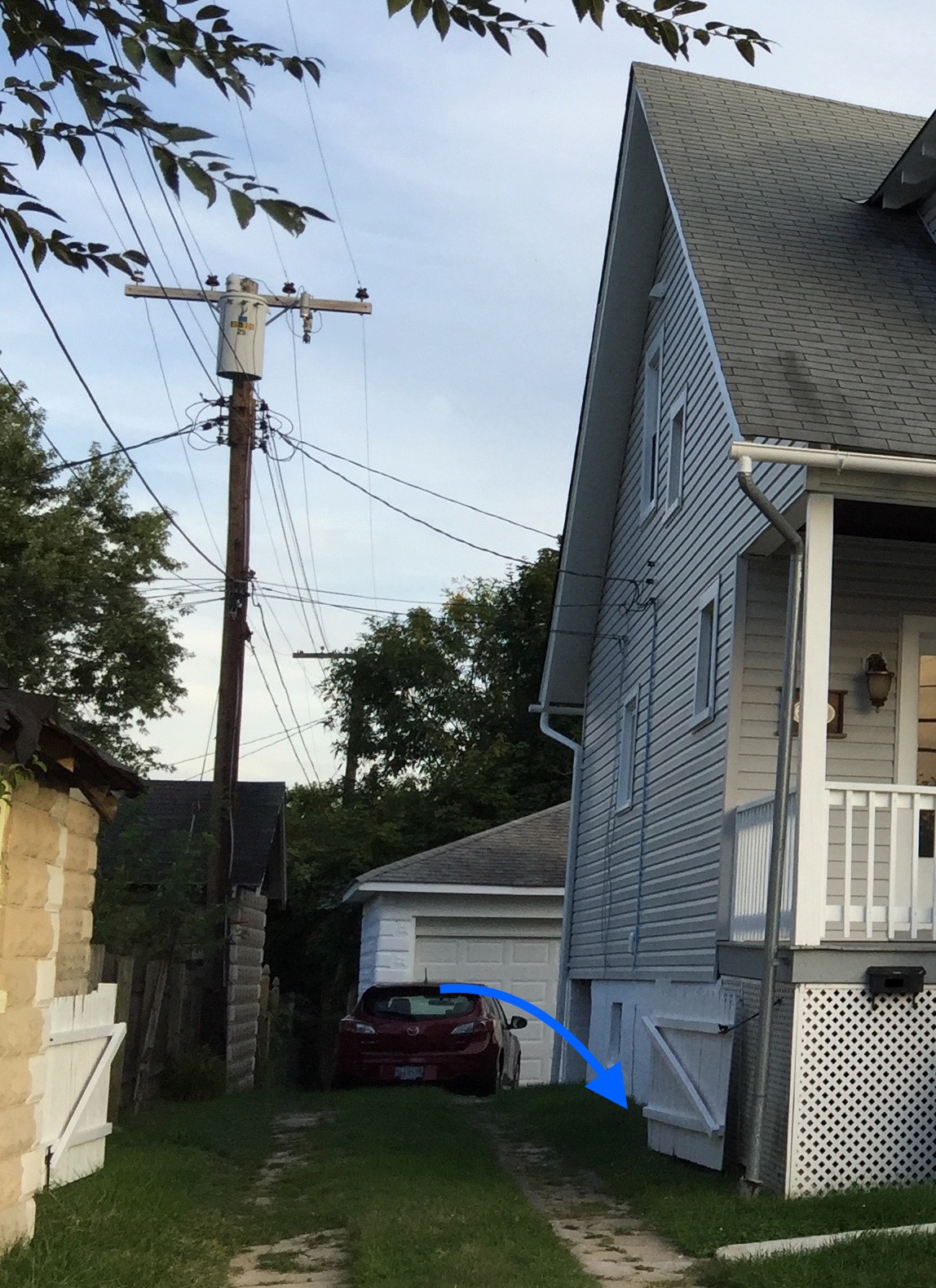 Blue arrow indicates where the water is coming in, roughly. The gutters deposit water far away from there though.

I regards to the unsealed area behind the stairs leaking, you just have to get in there and seal up the unpainted concrete, and also patch any holes, voids, and the gap where the floor meets the wall. We have done quite a few of these by removing a stair tread and in your case the riser so you can get in there.

For materials we always use Hydro-Seal 75 water based epoxy coating and apply two coats and do all our patching with Hydro-Seal 75 epoxy mortar which is Hydro-Seal 75 mixed with Portland Cement & Sand(or concrete sand mix). Hydro-Seal 75 is great for all types of basemant walls and floors

Not the answer you're looking for? Browse other questions tagged concrete basement waterproofing or ask your own question.

2
Wet smell, finished basement, aggravates when it rains -how do I find the source?
0
Basement waterproofing with thermal break
0
Basement Insulation with waterproofing plastic present
2
Chimney cleanout full of water. Basement leaking
5
Can this water damage be explained by lack of gutters and grading issues?