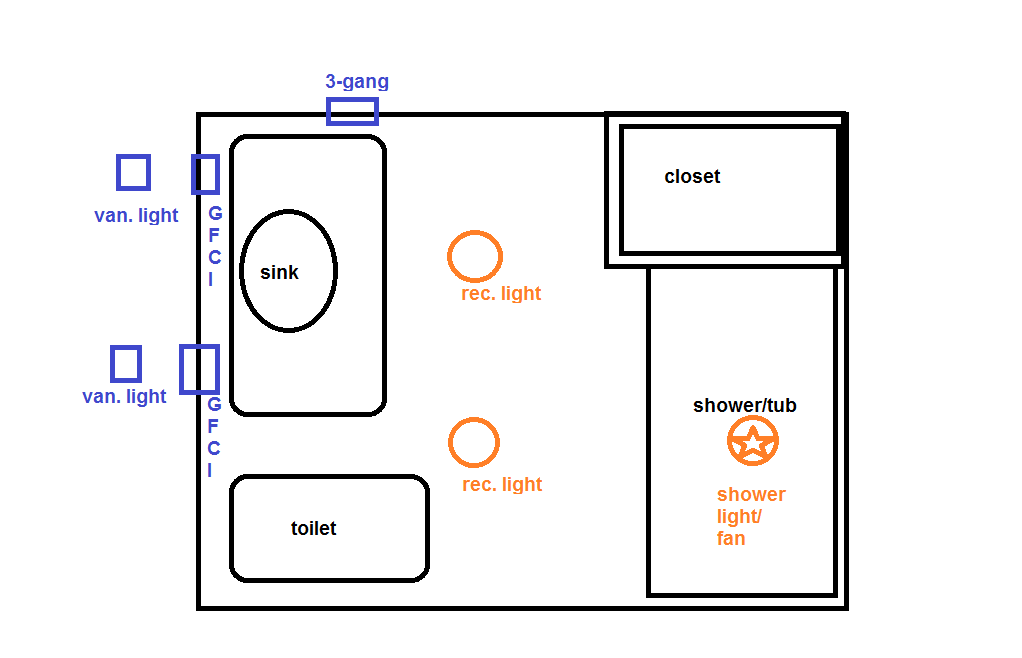 10
How should I address my bathroom's flickering lights and GFCI tripping mysteriously? (Schematic included.)
2
How do I wire a light switch and outlet in the same box?
6
Why is this light fixture tripping the GFCI?
3
Shower Light connected to bathroom ventilation fan. Does it need GFCI?
2
Bathroom Wiring - Existing light - Add Bath fan - Add gfci outlet
1
How to GFCI-protect a 3 gang box where each receptacle is on a different circuit
4
Can I add USB outlets to bath/hall lighting circuit box (not GFCI)?
1
Turning on light fixture trips GFCI on a different circuit
1
Moving bathroom fan on GFCI outlet
1
Wiring diagram for light switch, GFCI, timer and bathroom fan