Hopefully someone here will be able to help me in my search for a new seal for my shower cubicle. There appears to be a slot where one should fit but when searching DIY suppliers I haven't been able to find one that looks like it would fit. Everything I find seems to be seals for the bottom of glass shower screens.

I have contacted a number of specialist online retailers who deal in shower seals but none have said they stock a seal that would fit.

Is it possible that it is a custom part for this shower cubicle only? FYI, I live in the UK and this is a shower cubicle fitted to my apartment which was built around 2002.

The picture below shows the inside of my shower door and the groove where I think a seal should go but has probably been removed by a previous tenant.

Any pointers of where to look and what I'm looking for very much appreciated. 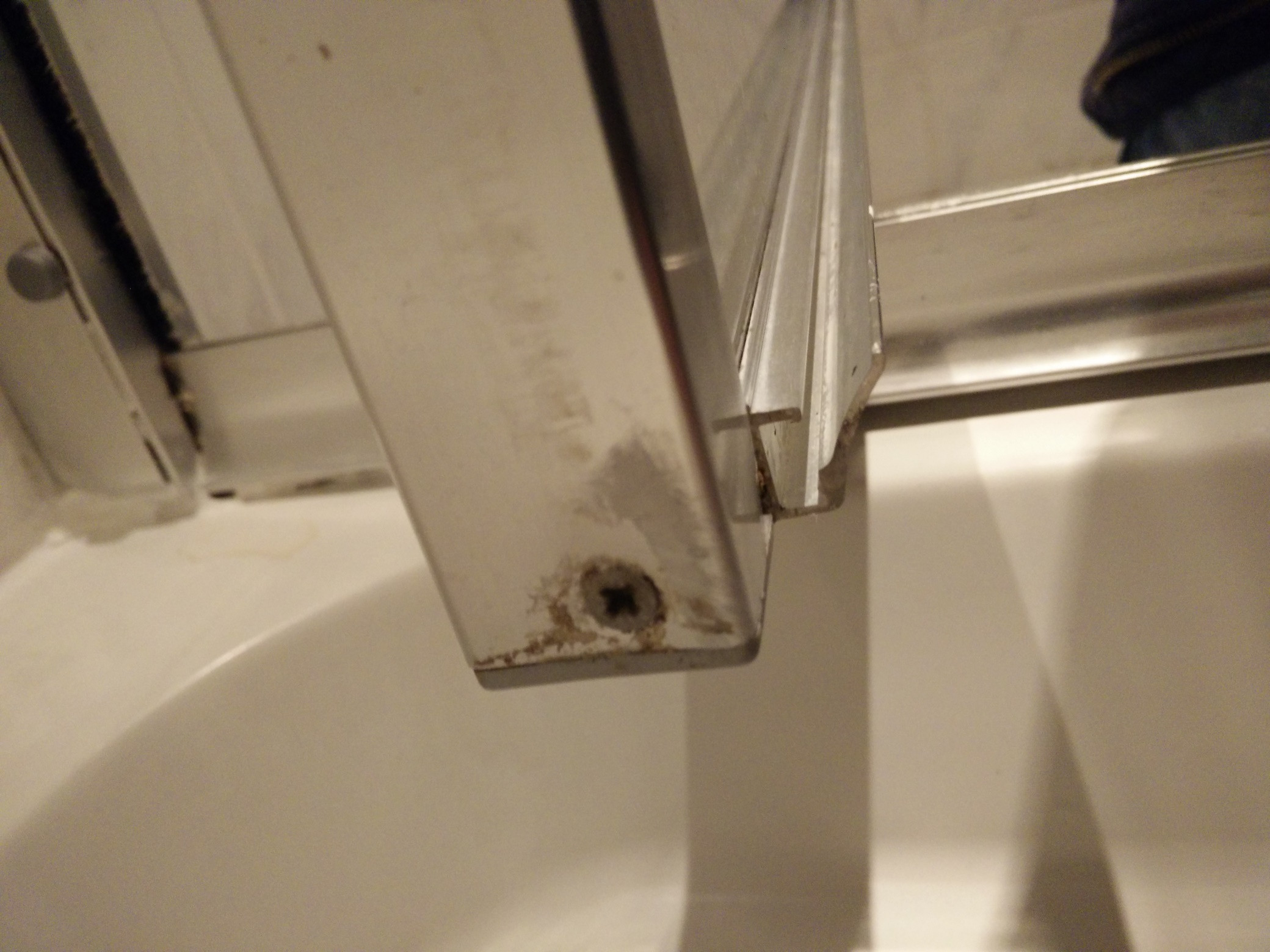 Edit: I looked again and the channel is flowing the water into the side of the door frame it is splashing up and collecting in the groove along the bottom of the door frame as shown int he picture below. It is this that is overflowing and leaking. Is there suppose to be some sealant of some kind in this groove? 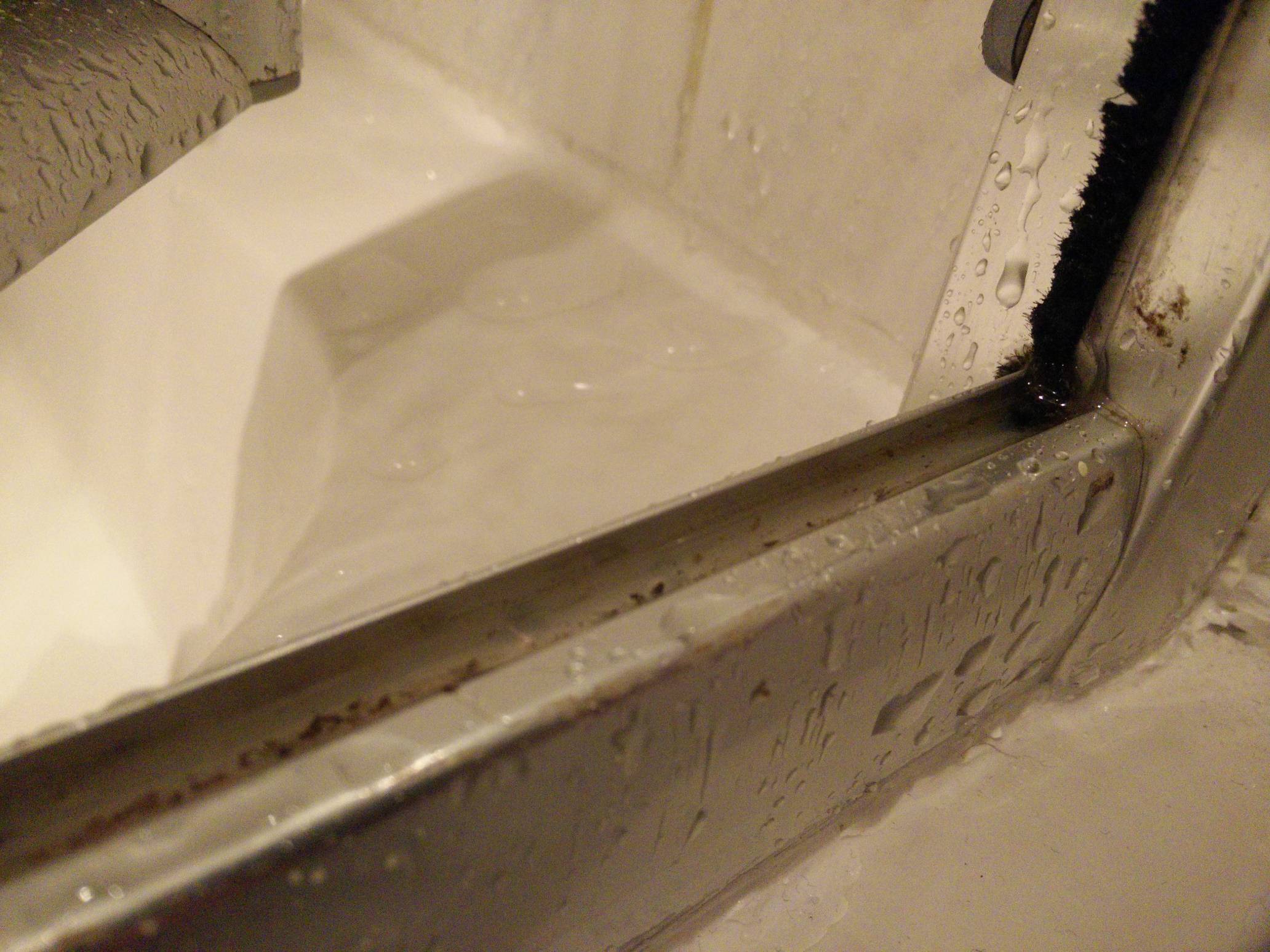 For anyone who encounters a similar situation, I did just find that the channel under the door needed filling with some clear silicone sealant. Once I did that then the leaking stopped.

I have no idea why the sealant was missing, maybe a previous tenant removed it because it got mouldy and looked bad.

Either way problem solved and thanks to Jim and brhans for the pointers that got me to the correct solution.

Hope that helps someone else.

Not the answer you're looking for? Browse other questions tagged bathroom shower leak seal or ask your own question.

4
How should I seal a shower base that is leaking?
1
Fix leak between seal and shower door joint
1
Is the U bend in my A/C condensation drain needed?
8
Water seeping from grout in tile shower
1
Leaking tile shower at corner near glass door
2
Incorrect shower tap handle
0
Accidentally removed part of rubber strip between bathtub and glass while replacing silicone caulk
2
How can I reduce my 2" shower drain to match my 1 1/2" ABS drain plumbing?