I turned the tap fully clockwise, as usual, to turn of the water.

Still, a significant volume of hot water continued to flow.

I removed the tap handles and used some locking pliers to twist the threaded, brass shanks that remain in the wall, but they were both already stuck tight in the "off" position, as far as they could go.

I don't know much about plumbing. The only way I know how to stop it, short of replacing the shower head with a terminating bolt (like a sump plug), is by using the main valve (outside) at the water meter. But that's getting old real quick.

Where is the problem likely to be located; or which component is causing the issue? And how's it fixed?

Okay, so now I've removed the compression valves from the wall and this is what I've got: 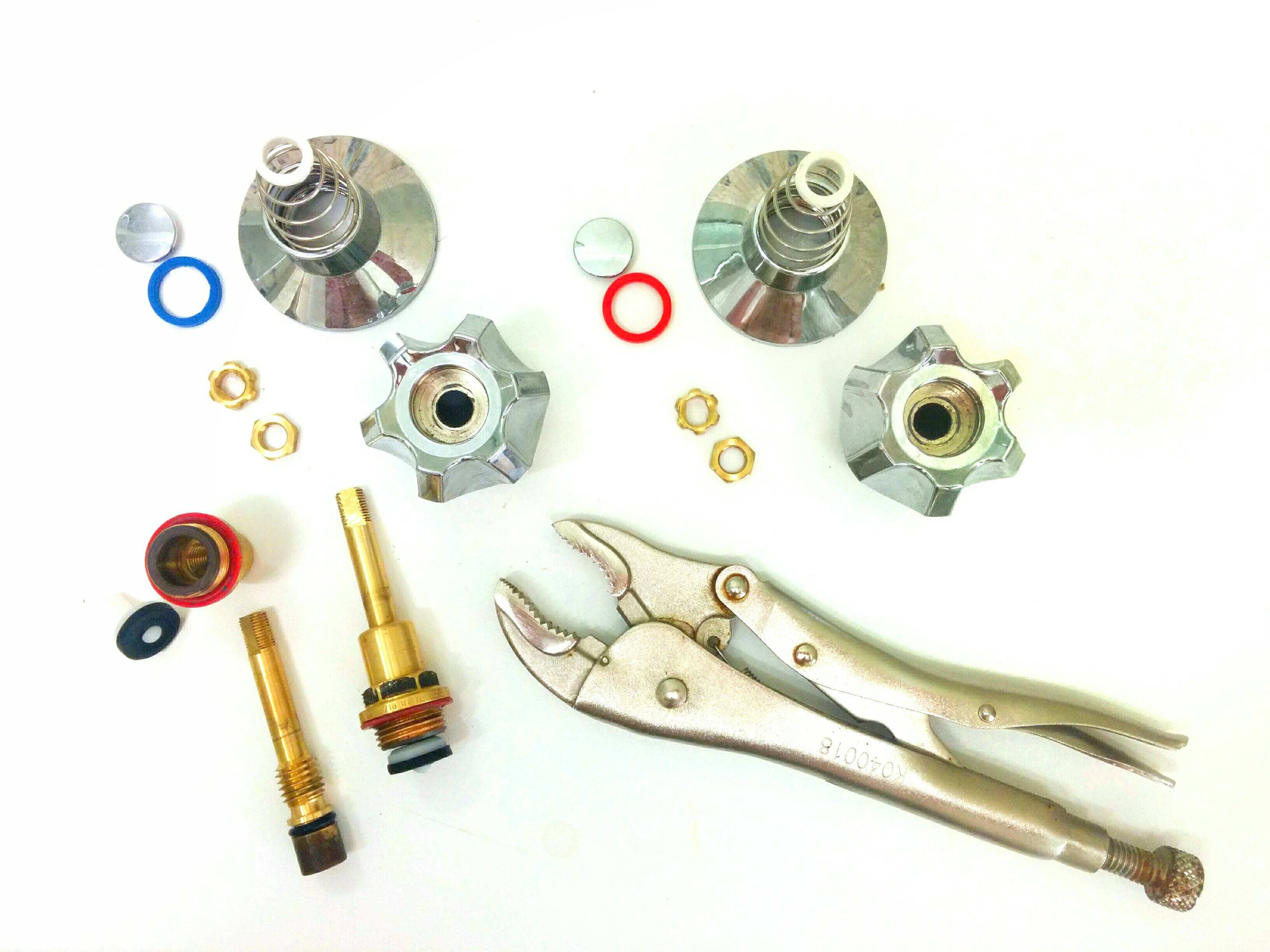 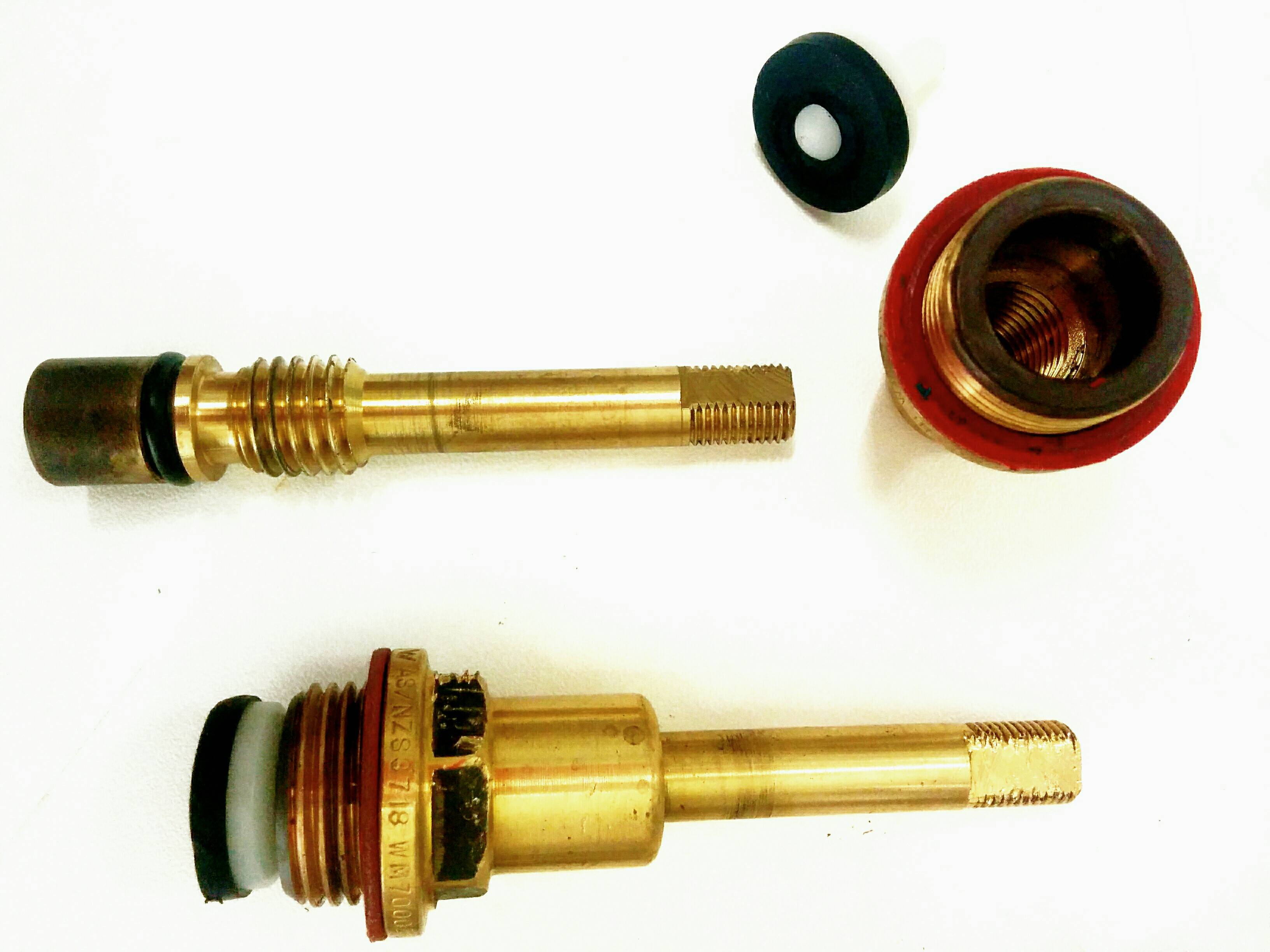 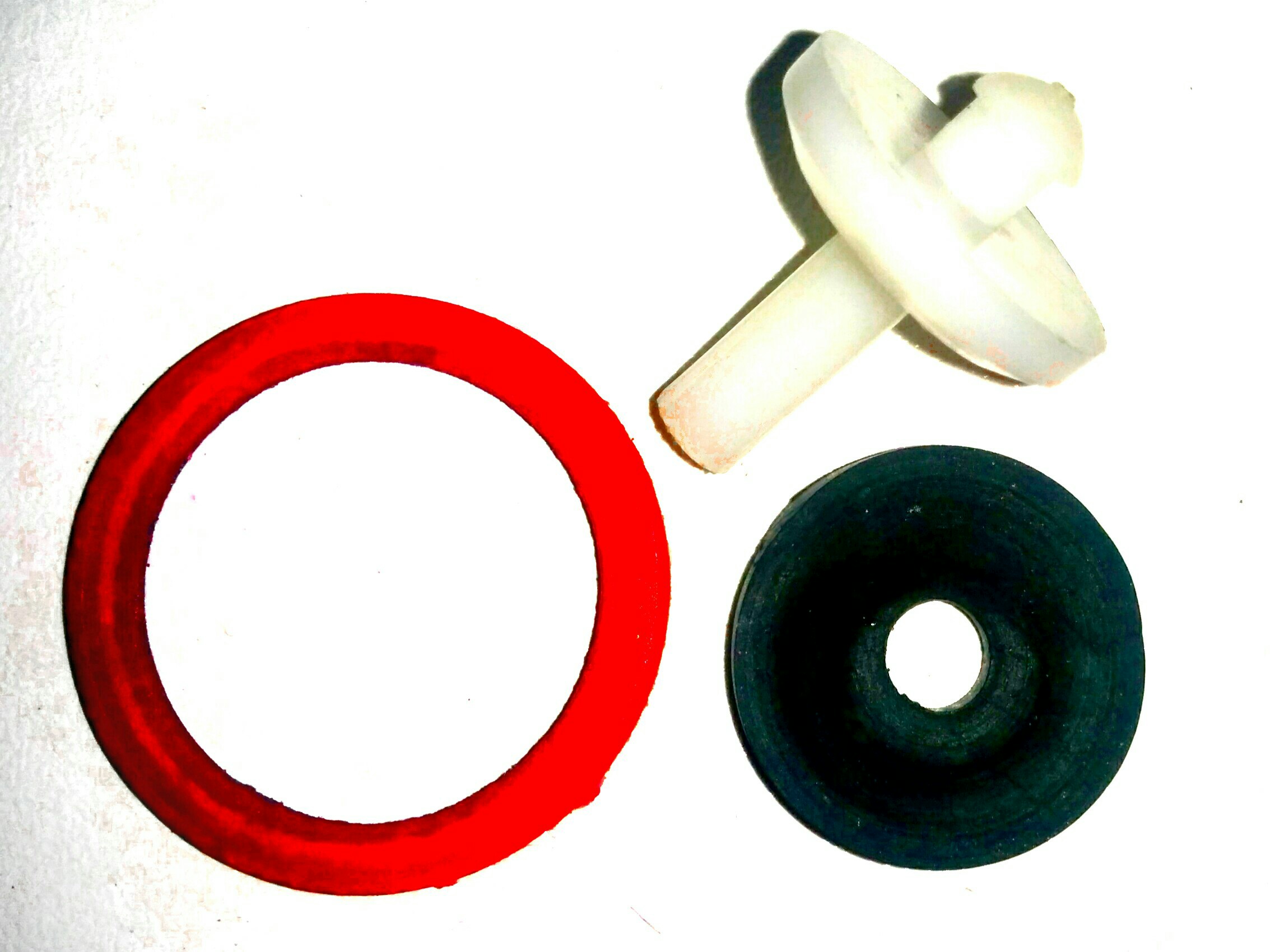 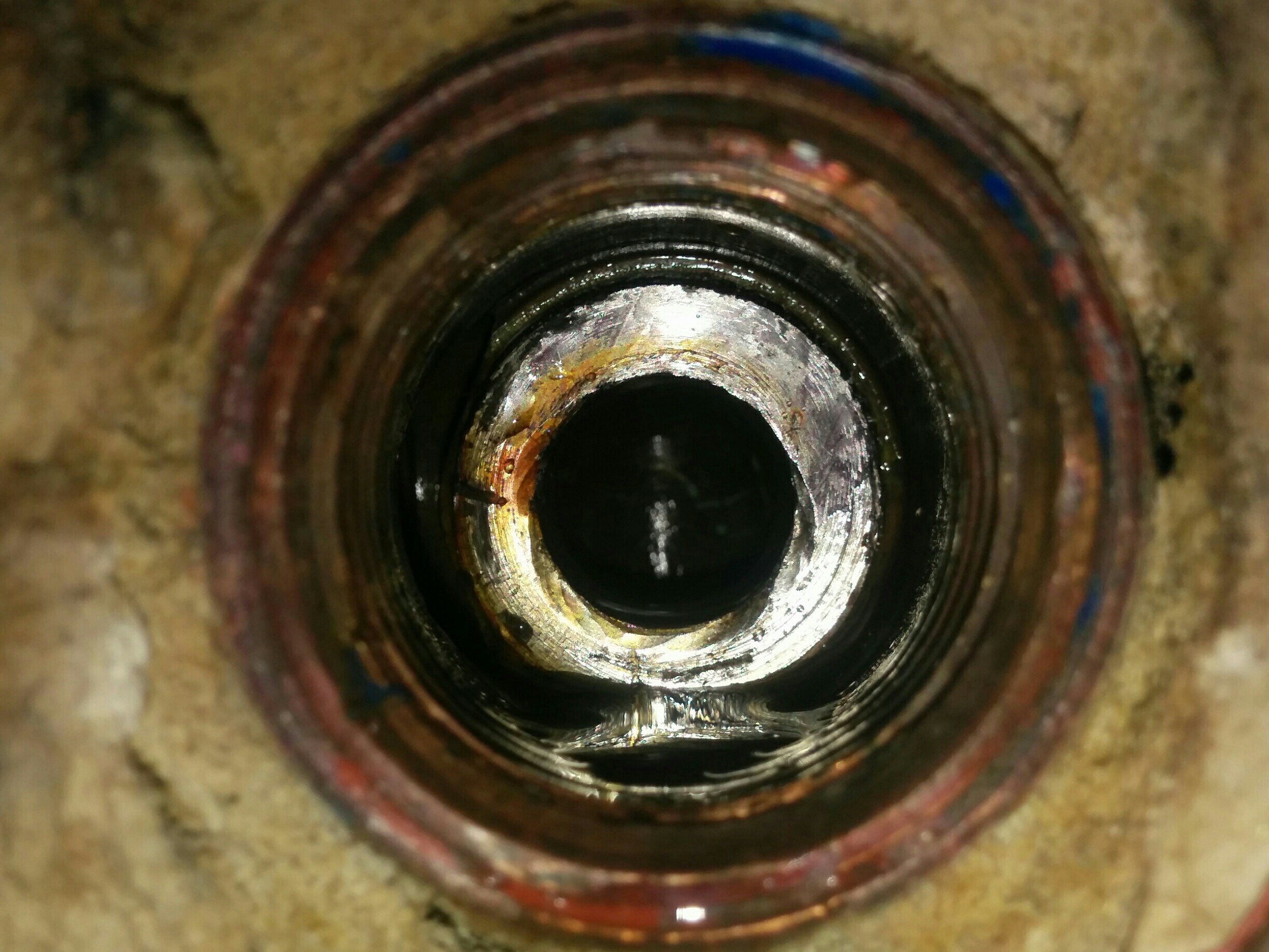 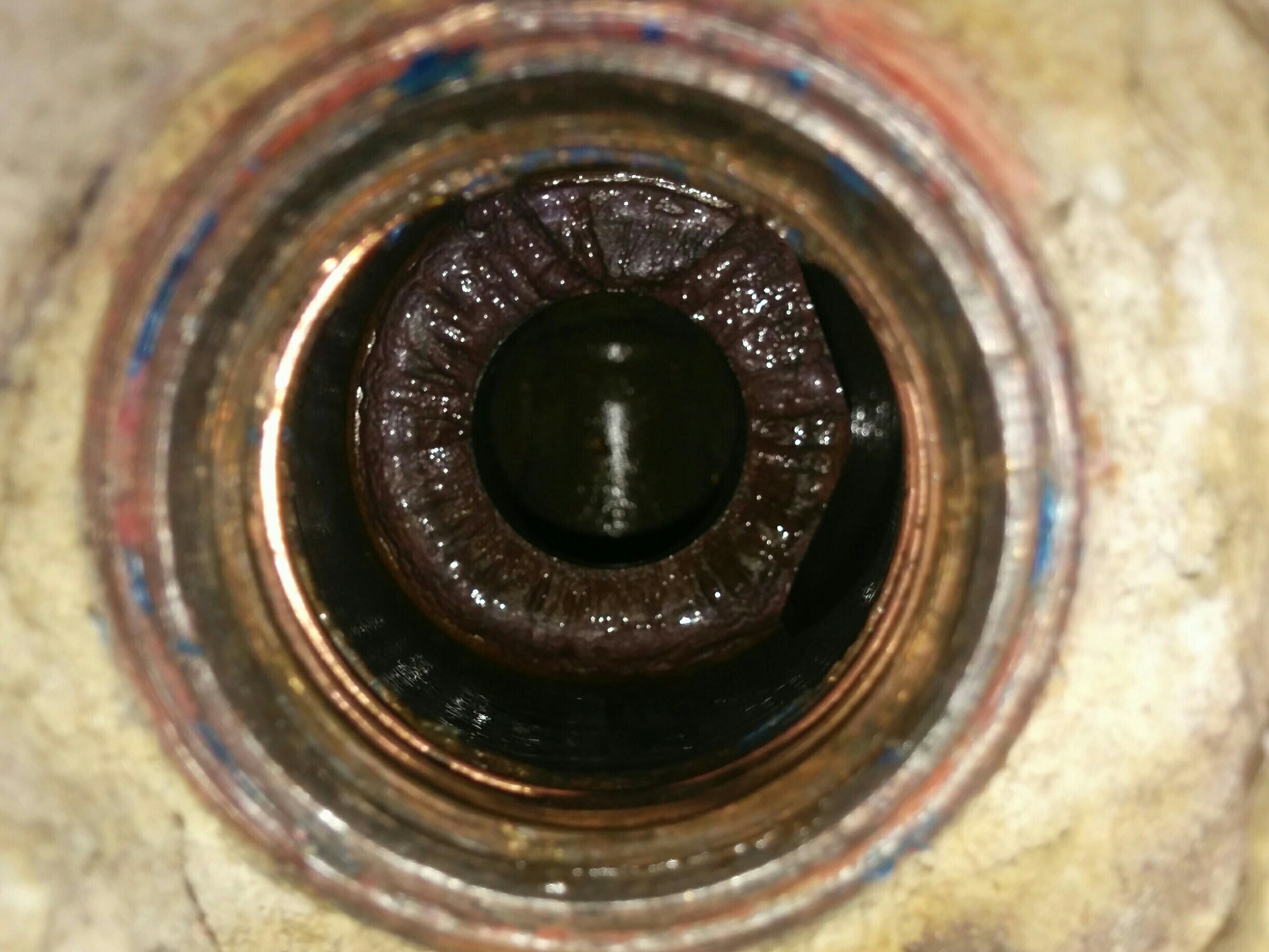 I bet you it's the rubber washer that is gone, crushed beyond sealing. Easy and cheap repair. Of they have been replaced and it still leaks, then the brass seat is bad and could possibly be polished/filed to a smooth surface again. If that's not possible then a new valve assembly will be needed. The rubber washer is at the end of the shaft, screwed in with a screw in the center. You could also try a thicker one or a fine shaped one of it will fit.

Not the answer you're looking for? Browse other questions tagged water shower hot-water troubleshooting taps or ask your own question.