What sorts of appliances will malfunction on a reversed AC outlet?

The house I recently acquired had some wiring done in the basement by the previous owner. I've identified 3 outlets (all on the same circuit) where the live and neutral wires are reversed. I've switched off the breaker to that circuit so people don't use those until I've remedied the wiring. The few things that were plugged into those sockets worked fine. Obviously lamps and fans will have no issues, but I'm concerned. What sorts of appliances will malfunction or worse, potentially harm someone, if plugged into an outlet that is wired backwards?

I apologize for not clarifying my locale and its specifics. Apparently, it does matter. 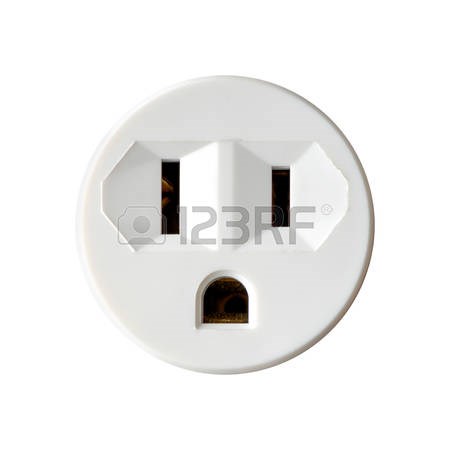 But there are also many appliances with two vertical prongs and no ground prong, but one vertical prong is slightly wider than the other and that is supposed to go into the taller slot (on the left in this diagram). Wiring codes, require that side of the plug to be wired to neutral, while the shorter side is to be wired to hot. It seems sensible to me to assume that one prong is wider for a purpose. It is those appliances in particular that I am concerned about. If one prong is intended to be hot, surely it would be a big deal if it is not?

What sorts of appliances will malfunction or worse, potentially harm someone, if plugged into an outlet that is wired backwards?

In the real world, people do die from this, alas.

Modern appliances are EITHER double insulated or have a safety ground.

Double insulated is more a level of insulation than two physical layers of insulation. DI means that the appliance is never electrically unsafe under regulatory acceptable conditions of use. If you eg stand in a puddle while holding it and pour water into it, or use it while in a bath or shower, you may exceed the regulatory conditions of use envelope.

A safety ground is an arrangement that connects accessible or modestly insulated metal parts of the appliance to system (in this case "usually" house) ground. If an electrical path develops between supply "Phase" and the earthed metal parts, ground current will flow and curcuit protection will operate (fuse or circuit breaker). Systems with resdiual current tripping (named variously ELCB/GFI/RCD) devices can detect very small currents to ground (<= 20 mA) and discnnect the circuit in <= 1/2 a mains cycle.

If neutral and ground are connected within the appliance it will still usually operate but large metal parts connected to ground will now be at neutral potential. This may affect the ability for house fuses or breakers to operate correctly and WILL trip residual current devices.

Any appliance which has the earthed metal parts connected to Neutral (which they should not have) will have the metal parts placed at phase potential if feed PN are reversed. If the metal parts are a toaster or electric jug or vacuum cleaner or ... body then this may be a very very very bad idea indeed.

If an appliance cord is wired incorrectly, strange things may happen, or it nothing obvious may happen but trhe appliance may become letally dangerous. Long long ago I was asked to investigate a situation where there was a house with an external sleepout. Most appliances worked OK in the house or the sleepiy but a casette recorder would only work in the hpuse but not in the sleepiut. Investigation revealed that

In this case most appliances saw N-P rather than P-N, E was OK so they worked OK.
However the tape recorder saw N-E on what should be P-N so did not work.
s has Phase on it's earth pin and the whole body was live at 230 VAC. What saved people was probably that the sleepout had no major grounded metal and, as the TR did not work when plugged in, people spent little time touching it.
So close !

Swapping phase and neutral may result in the appliance "internals' being live when it is turned off.

I'm in NZ. The mains supply is 230 VAC, 50 Hz. I note informally only that it seems that with 230 VAC people seem to care somewhat more about shock hazards that with 110 VAC. I've seen practices in other countries which would be utterly unallowed on NZ.

An important aspect of swapping phase and neutral is when the appliance has a single pole switch. This can only 'break' ne of the two mains leads and it is invariably designed to disconnect the phase lead. If P & N are swapped the Neutral lead is disconnected and the appliance will not operate BUT the Phase lead is connected to the equipment internal circuitry. The chances of an accident are significantly increased.

Some equipment is required by law to disconnect bot leads when switched off. An excellent example is an electric toaster where, if P & N were reversed, a single pole switch would cause the element assembly to be at phase potential. Some years ago a batch of Chinese manufactured toasters that allowed a single leadswitching fault to occur were imported to NZ. The fitted two pole switch could have one of its two "fingers" trapped against an insulating mount of not properly assembled. As the toaster still switched off thermally if either lead was broken this fault was missed by the manufacturer and importer. About 5% to 10% of the toasters has phase on the element when turned off. This was brought to my attention when an adult nephew did what I would not have done in my wildest dreams (hopefully). He picked up an "off" but plugged in toaster to move it by inserting fingers down the two slots to grip the middle bar !!!!!!!!!!!!!!!!!!!!!!!!!! . Shocking!. The importer was somewhat cagey. I lashed up a capacitance based tester that could tell if either witch pole was stuck closed. In such a case the element to body capacitance was far higher than when both poles were opened - plug toaster 3 pin plug into the capacitance tester and voila! A trip through a few showrooms revealed the extent of the problem and an appliance recall resulted.

SO - If P&N are reversed on a caravan with a van N-E link then the van will now have a P-E link and will blow supply fuses. BUT if the supply ground is faulty the van chassi and metal parts will be at Phase relative to ground. Properly wired appliances will work OK.
Stepping in and out of the van WITHOUT providing a ground to caravan metal bridge with your body will not cause a problem.
But if you bridge van metal to ground with your body you will receive a full mains shock. You may die and people have died in just this situation.

Removing the in-van N-G link will prevent this shock hazard but then the fusing may not work correctly and eg fire may result and [all together] you may die. Or your family.

BUT - Reverse phase and neutral inputs so that you get

Since even the neutral line cannot be guaranteed to actually be neutral (at ground potential) all mains connected must be equally well isolated from live as from mains. Devices must therefore also be able to withstand live mains voltage on the neutral connection.

So in my opinion, no devices should be affected.

In my country (continental Europe) the mains plug is symmetric so there is a 50 % chance of getting live-mains or mains-live. I mean, here all devices must be able to cope with both situations. As far as I know, it's only the UK (and perhaps Australia ?) which have asymmetric plugs where live and neutral have designated pins.

In the case of a lamp with an "Edison base" bulb (the common screw-in type A bulb), the socket shell of the lamp is intended to be connected to Neutral, because while the bulb is being inserted, or if it is not fully inserted, fingers could contact the shell of the bulb. The shell cannot be grounded, since it is part of the circuit, so there is no point in providing a ground pin, yet it would be an unavoidable hazard to have the shell be live.

This is the best reason for having the unequal sized prongs. It is a case that has nothing to do with how the device functions, and everything to do with safety and human factors. Simple, obvious, unavoidable.

As others have said already, most devices will be fine.

The only ones that may suffer are communication devices such as LAN-over-main or some old Intercom systems that use the mains to transmit the data.

These devices are mostly gone now that WiFi is widely spread (although you can still buy them) but I remember installing an intercom-over-mains system several years ago at my grandma's house and it didn't work because the live and neutral were switched in one of the sockets.

One hazard of reversed poles is that turning off a switch to a fixture does not cut the power to the fixture, it only breaks the ground. I know. I replaced a ceiling fan yesterday and the neutral was hot. I should say the neutral was not neutral. So I can affirm that the one appliance that malfunctions is the technician working on wires with only the switch turned off, not the breaker.

This one is still breathing, however.

All equipment which relies on live detection should not work if live and neutral are switched. Simply rotating the plug 180 degrees would remedy that of-course, but that's only possible in certain regions (grounded USA-type and British plugs can't be rotated for example).

The only equipment like that which comes to mind are some types of car chargers, but there are probably more. Basically all equipment that needs to know which wire is the live one and which is the neutral (it's sometimes required for communication purposes to know which plane on your PCB is connected to neutral) one has two choices:

A 'measure and decide' device will attempt to measure which wire is live and switch it's internal electronics to handle it.

An 'assume and verify' device will assume the live is where it's supposed to be and verifies this. If the verification fails, the device should fail to function.

Most electronics can't be bothered which is which, so the chance you actually got something at home that's affected by your 'reversed' wiring is slim.

The chances of any device causing anything harmful should be zero, assuming your devices are in decent shape and properly designed.

Of-course, all bets are off if you plug-in something built by a person who had no idea what he was doing.

10
What to do with an apartment with only 2-pronged outlets
5
Is operating a 66' boom lift something that a non-construction type homeowner could likely manage?
0
Are my outlets unsafe?
2
Are two prong cords safe? Audio Interface
1
Is it safe to wire a light junction box to a plug (which could then be plugged into a switch-controlled outlet)?
3
Moved into house with only 2 prong outlets. What to do with fridge and other outlets?
1
Chinese Breaker Box (240v split-phase?) Lacks Neutral Wires and Grounding Bus
19
Is it permissible to have exposed mains conductors in holiday lights?
5
Mystery current on neutral wires coming into outlet box
17
I live in an older home without ground wiring. Is it safe to install 3-prong GFCI with only a hot and neutral?