I've just had a 'trap door' replaced in a floor boarded floor.

The previous trap door just had a couple of finger holes in it to lift it out, however:

I have looked at marine flush lifting handles, but my concern is that they would need a recess cut into the floor boards to fit them flush (I don't have a router, so it would be a hammer and chisel job!) and they would need to be installed directly over the joists that make up the trap door frame to give a solid enough fixing to lift the weight of the trap door.

Finally I also thought about using manhole lifting keys or similar, and putting some kind of slot in the trap door. The problem then is making it something neat rather than just drilling a hole the correct shape for the keys to slot into.

I'm sure I must be missing something and there must be a better way of doing this.

As you've allowed for the option of using eyebolts, the receiving portion of that system is called a T-nut, and would require only an appropriately sized hole in the floor board, with the t-nut tapped in from below.

I would also suggest to recess the upper portion of the hole to enable you to place a binder bolt or similarly-headed bolt in the opening when not in use. This would prevent debris from entering the hole and clogging the threads. A slot-head type is going to provide the best option for later removal. Hex head and slotted head bolts can collect the same debris, reducing the value of such a fastener. You can use a forstner bit for a bolt with a flat underside or use an ordinary bit if the fill-bolt has a countersunk head.

I think you're on the right track. 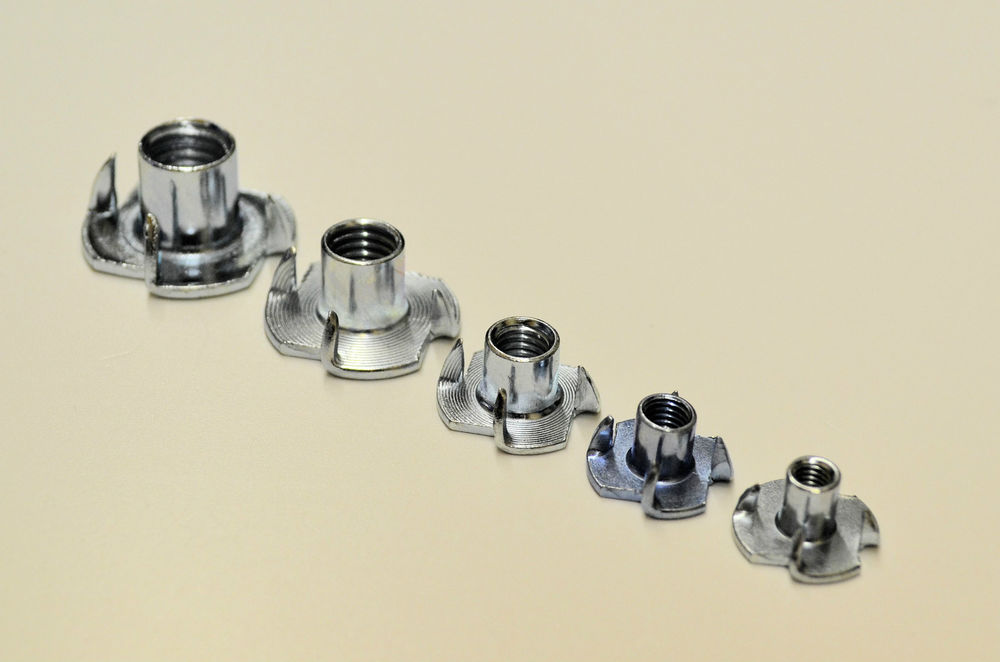 You are looking for t-nuts 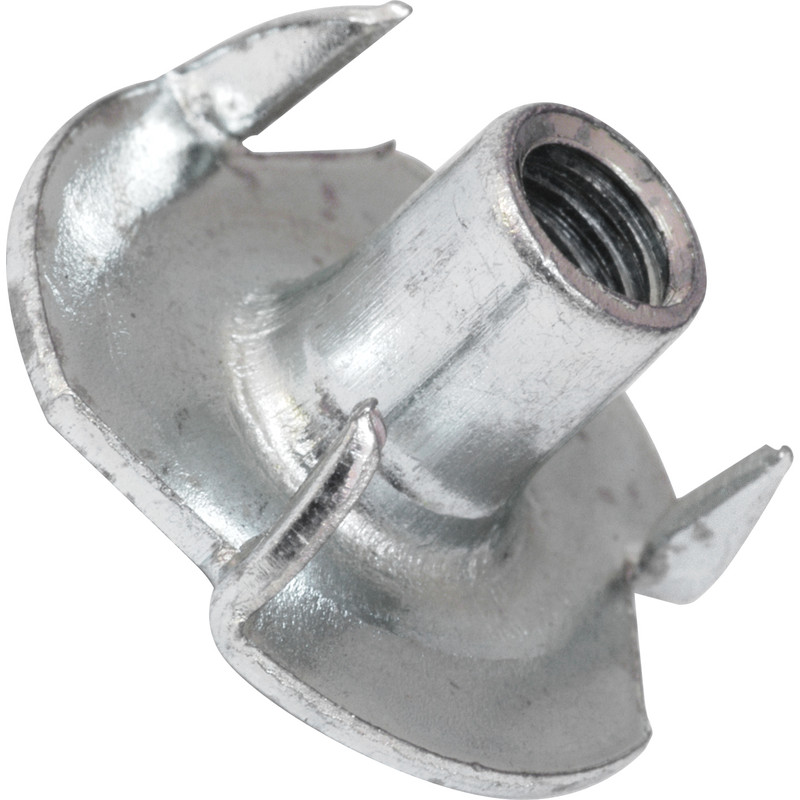 These would work with your removable eye-bolts

Personally I would use the marine flush lifting handles, but they are more work to fit.

Flush handles don't necessarily require a recess. You can cut a full-depth hole through the floorboards (but not the joist, obviously) using basic drill bits and a jigsaw. The escutcheon plates cover the hole edges for a nicely trimmed look, and you'll have the best functionality. No router or chisel needed. I'd use them.

this is all too much thinking. go here:

buy one of the circular ones.

drill pilot hole to accomodate pull rear swelling diameter, then counterbore (at the diameter of the flange) the hole from above to the depth of the flange. drop in the unit and screw in place. if your wood is weak or a poor species for resisting screw pull out, just put some backers behind the unit on the underside of the door for the screws to bit into.

if you do your holes with forstner bits, no further work required, if with holesaws, you will have to clean the shoulder down with a chisel.

Get a long carriage bolt.

Maybe chisel a tiny square so the head can sit nearly flush. (Skip this step if you're lazy or don't have fingernails to pick at the head of the bolt when it's flush.)

Drop the bolt through and put a nut on the end.

Have an adult beverage.

Edit: since you added the part about being in a hallway, I'd now suggest you look into Magswitch products. A magnet underneath and the one of the magswitches on top should do it. (Sadly, it'll be an experiment to find out which model you need.)

Not the answer you're looking for? Browse other questions tagged floor joinery access-panel or ask your own question.

0
Need help leveling part of a floor
7
Is my attic floor over my garage strong enough to use it for storage and maybe as a small work area?
0
Cleaning indoor concrete floor without damaging it
0
Bathroom Floor Transition under door that hasn't been installed
0
Styrofaom insulation for floor joists
2
Framing around depressed area of floor: a good plan?
0
How to raise a wooden floor above a basement (old porch floor) 8 - 10" to the same height as the adjoining room