Can anyone explain this strange 3-way wiring? Trying to install a motion sensor switch

I'm trying to replace one of two 3-way switches with an occupancy sensing/motion detecting switch. I was expecting to see a pretty normal 3-way wiring but when I opened it up, I was surprised by the wiring as shown below in the image. 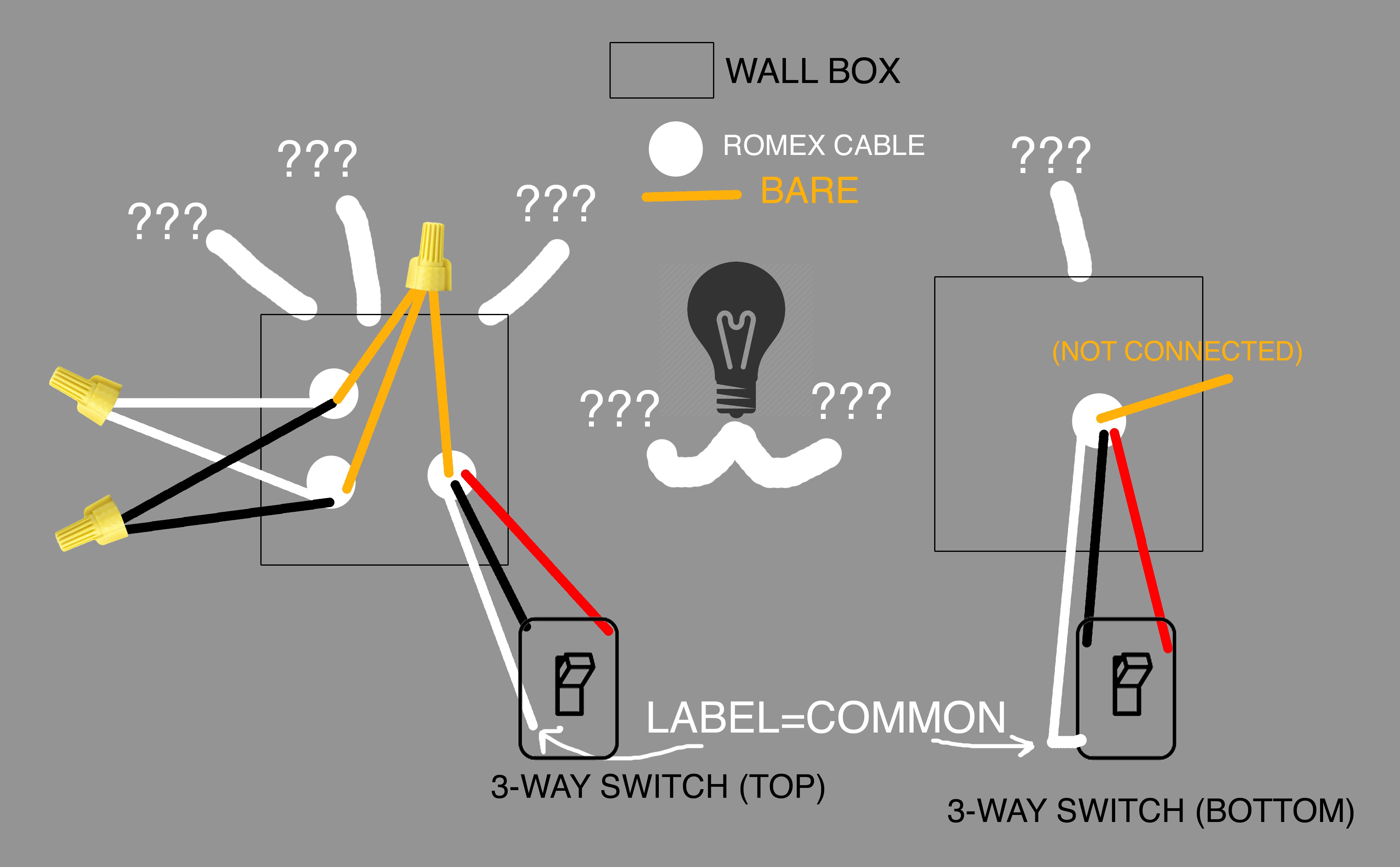 Descriptively: The box on the left has 3 romex wires. Two of those are effectively nutted (sorry) to eachother, white-white, black-black and bare-bare. The third romex goes straight to the switch with the white going to common. On the other box there is only ONE romex cable and this attaches directly to that switch, again white to common.

The wiring diagram from the booklet tells me that I need to first determine which switch has the "hot wire". Unless there is something happening in a junction box somewhere, this whole circuit seems like it's running on magic! What should I do as a next step?

3-way switches can seem a little bit like magic, I suppose. ;-)

What happens is that power comes into one switch on the "common," travels to the other switch over one of the "travelers," depending on the position of the switch, and then depending on the position of the switch on the far end, power will travel out of that common to the light(s). If the 14-3 or 12-3 wire only runs between the switches (not through the light fixture), then the "common" in that cable will be the hot conductor coming back from the far switch, in which case it should be connected to one of the black wires, which supplies power to the light. But if the red/black/white cable runs through the light fixture, it might be wired up differently.

In your case, it looks like power is probably coming into the box with the multiple "romex" cables entering it. One of the incoming 14-2 or 12-2 cables brings power in, and the other takes power to the light. That means the white wires in those black/white cables are neutrals, while none of the 3 wires connected to the switches are neutrals.

Your occupancy switch requires a neutral connection in order to function.

I was able to figure this out using my voltage tester. Turned out the white/common on the right box of the diagram was hot. So per the instructions, I nutted that + the black wire together and hooked the remaining red + bare wires to the switch. Then in the left box, the black traveler wire was now hot, so this was used to power the new sensor switch. I tied the green from the sensor into the ground. The other parts were easy as well.

But the part that didn't make sense to me, and still doesn't, is what to do with the leftover white wire (which was labeled common in the above, left diagram. I tried joining it with the other white wires, but then the circuit breaker flipped immediately. When it was free, not touching anything, the circuit worked just fine. When the lights were on, the white wire was hot, and vice versa. So I took it off completely and gave it it's own wire nut for safety and shoved it all in the box, and everything works now.

Any ideas what that stray white wire might've been for?

And to everyone who left comments: thank you! I didn't end up taking off the light fixtures because that would've been too hard and I would've rather returned the unit!