I have this sort of burn residue in my dryer? 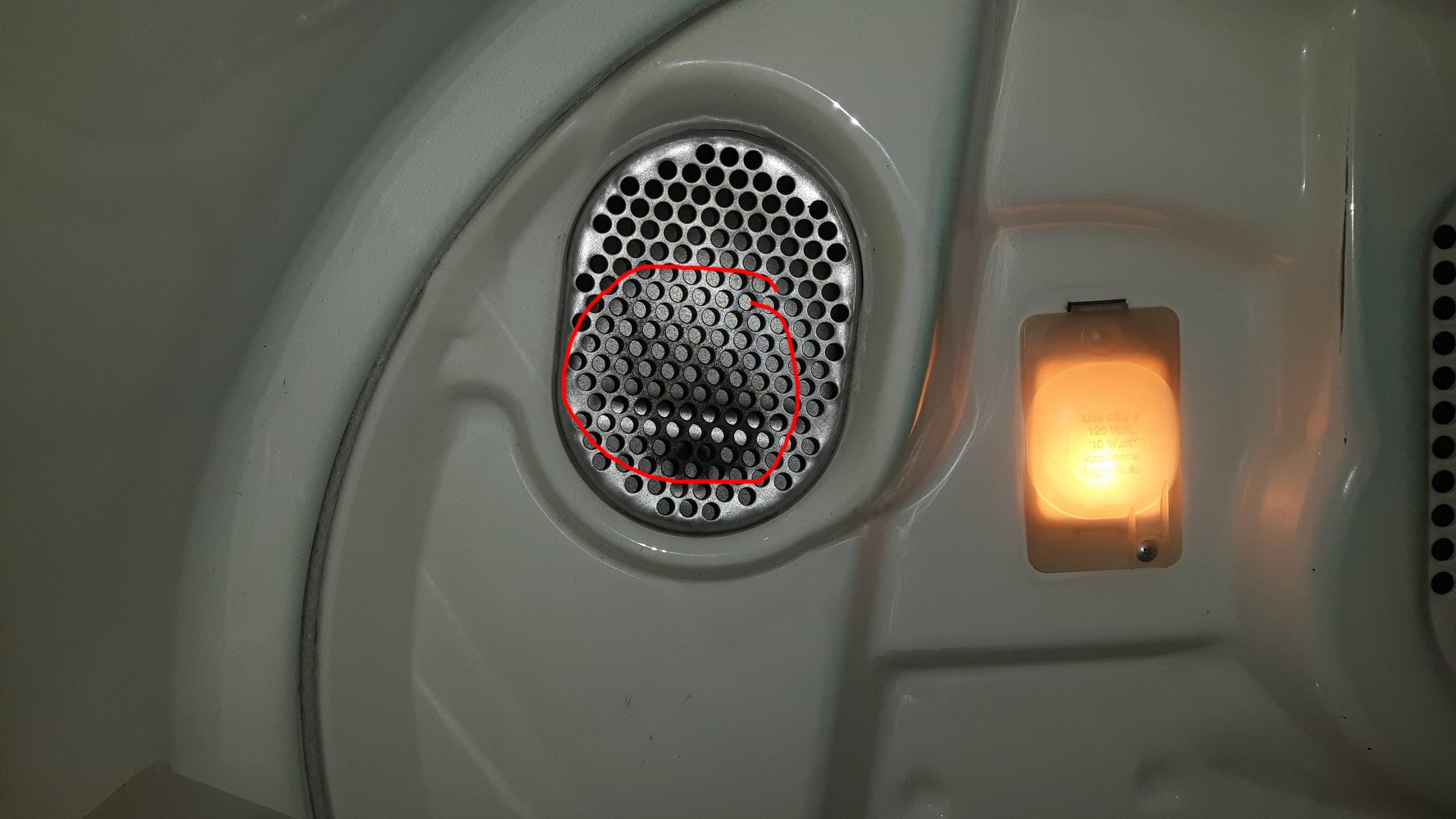 The question I have is:

Also, much less important, is that I have some sort of blue color discoloration in this dryer: 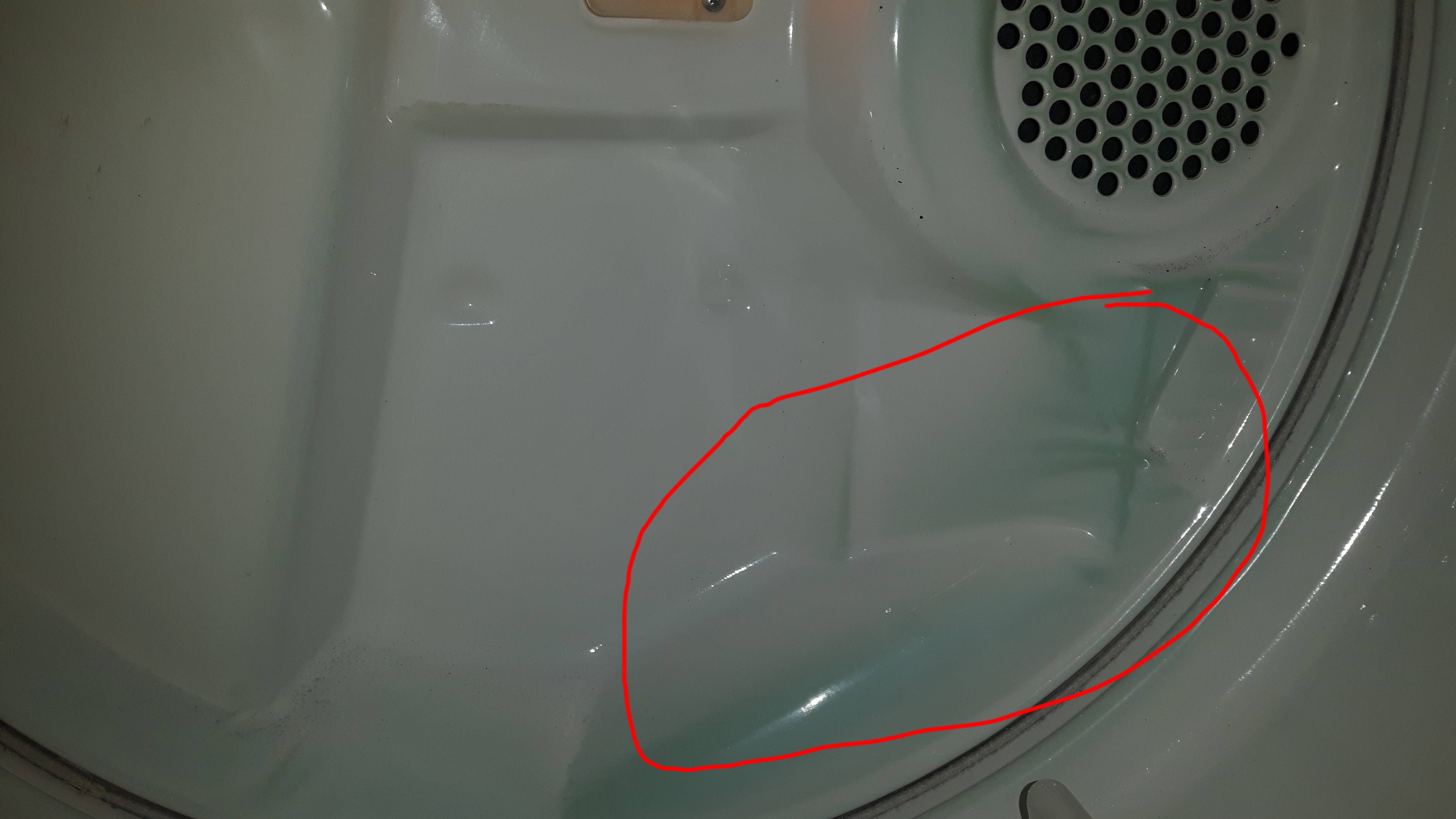 How do I clean this off? Or if I can't, will this color stain my cloths?

Thanks in advance for your kind help.

1) "Is this burn residue?" It could be that the plating of the part reacted to heat or something being dried (ie. with a rubber backing) stuck to the part long enough to cause the marks. On rare occasions there is an issue with the part's plating or the heat controls of the dryer.

Dryers shouldn't exceed 135-150 F. Clogged vent exhaust flues are the most common reason for dryers to overheat. Using a liquid fabric softener on 100% cotton (fleece, velour, terry-cloth) clothing is a potential reason for clothes to overheat (it also accelerates their burn speed).

2) "Is this a fire hazard?" The residue itself, unlike creosote in a chimney, is not a fire hazard. However, it could indicate a potential fire hazard (if the dryer's heat safeguards aren't working properly or the exhaust vent is clogged). I would check the entire vent flue run for any blockage. Then I would run the dryer and check the temp after about 10 mins. Just open the door, quickly put in a baking thermometer (don't restart the dryer...it'll break the thermometer). Assume of temp. drop of 10 F (add 10 F to the result). It should be under 150 F (135 F is good).

3) "How do I clean this off?" Unless it comes off using a damp cloth. I wouldn't bother trying to remove it. If you're concerned about staining clothing, try wiping it with a damp cloth after checking the temp. (see #2 above). If it still doesn't come off, it's not likely to come off onto clothes.

Test a bit of diluted bleach on a damp cloth. If that doesn't take it off then it's not likely to cause stained clothing. [Note: I'm guessing on this as I've not seen such staining before...that didn't come off with a bit of bleach...caused by new clothing dye run.]

The discoloration of the heat inlet is normal on Maytag/Whirlpool products. https://producthelp.maytag.com/Troubleshooting_Guides/Troubleshooting_for_Dryers/Inlet_Grille_is_Discolored

The blue coloration is likely from blue jeans, and will not be a problem.

The burnt residue is normal but the burnt smell is not. Just be mindful if you smell something burnt from your dryer then something is wrong. To avoid your dryer from overheating, clean your filter regularly because it can get clogged and might overheat and damage the dryer. For the blue stain in your dryer, it might be discoloration or color transfer from clothes/jeans. Try wiping it with a damp cloth but if it doesn't come off, then it won't stain clothes.

Not the answer you're looking for? Browse other questions tagged dryer fire-hazard laundry or ask your own question.

2
Can I clean my under-the-floor dryer vent?
3
How should I route my dryer exhaust pipe?
2
Dryer Vent Exhaust Fan
2
How to remove dryer from top of stacked washer/dryer in small closet?
1
interior of dryer is scratching clothes
2
Need to move the dryer vent up by 3ft
10
How can I remove melted plastic from a dryer compartment?