Several outlets in the basement bedroom do not seem to work. The same thing with the overhead light. However some other outlets in the same room which are mounted at the top of the wall instead of the bottom actually do work. The circuit breaker is not tripped.

Is there anything I can do to troubleshoot or do I have to call an electrician? I don't remember there being anything in the home inspection report saying that these don't work however this is the first time I've tried to use them and they're not outputting any power.

Here are some photos of the circuit breaker and one of the outlets. In case you're wondering where the light is coming from it's from the one outlet that does work near the ceiling: 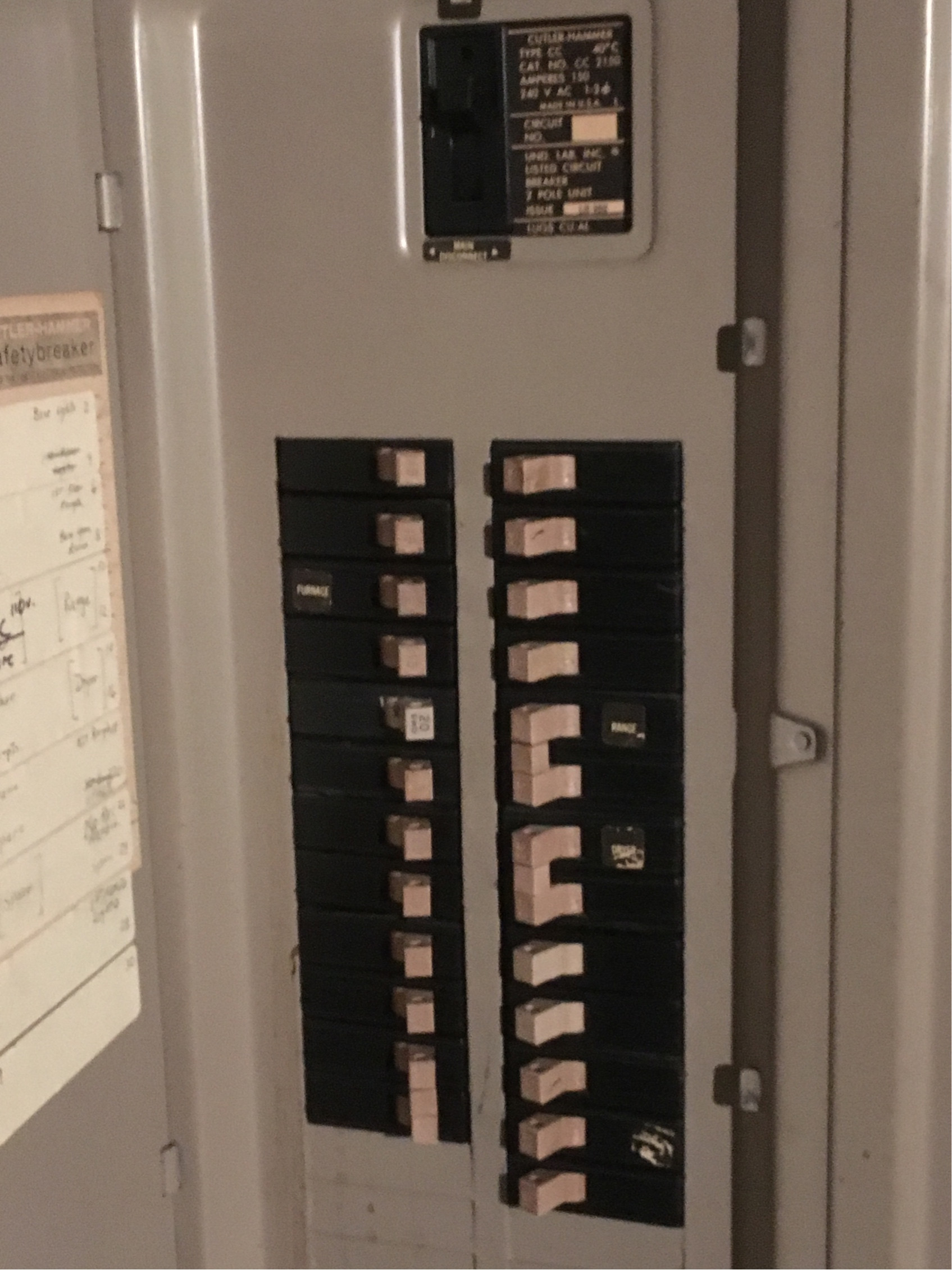 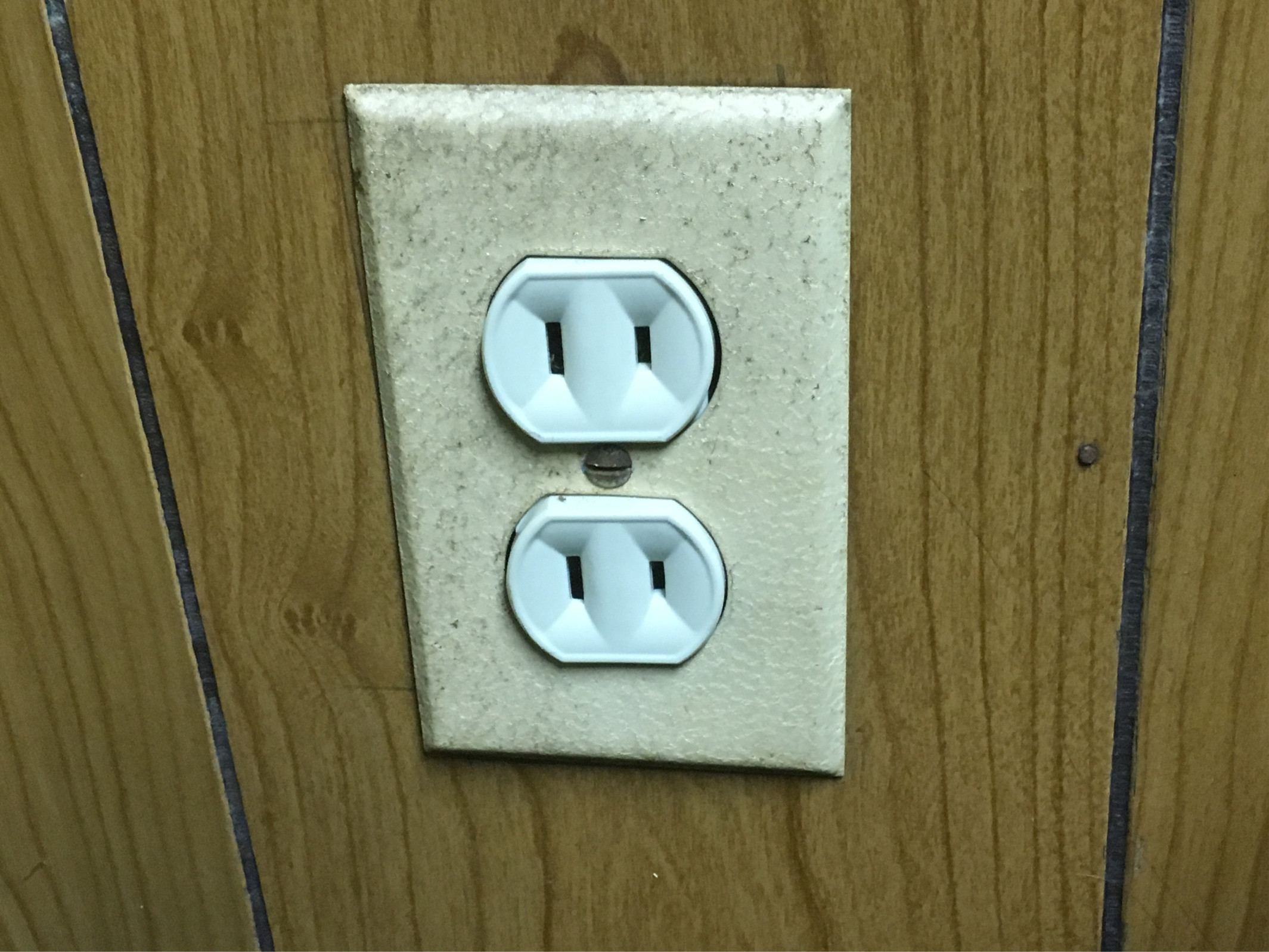 Adding some things from my home inspection report:

OPERATION OF GFCI & AFCI (GROUND FAULT & ARC FAULT CIRCUIT INTERRUPTERS) [Inspected] PLEASE BE AWARE -- Recommended upgrade -- GFCI's (Ground Fault Circuit Interrupters) were not required, or were required in fewer locations than current standards would require, when this house was built. Where not already present, retrofitting GFCI outlets to replace any outlets lacking ground fault protection at appropriate locations would be a worthwhile and relatively inexpensive upgrade to increase safety and bring up to current standards (Currently GFCI's are not present at: small appliance outlets at the kitchen counters; bathroom outlets; unfinished basement outlets; garage outlets; exterior outlets). 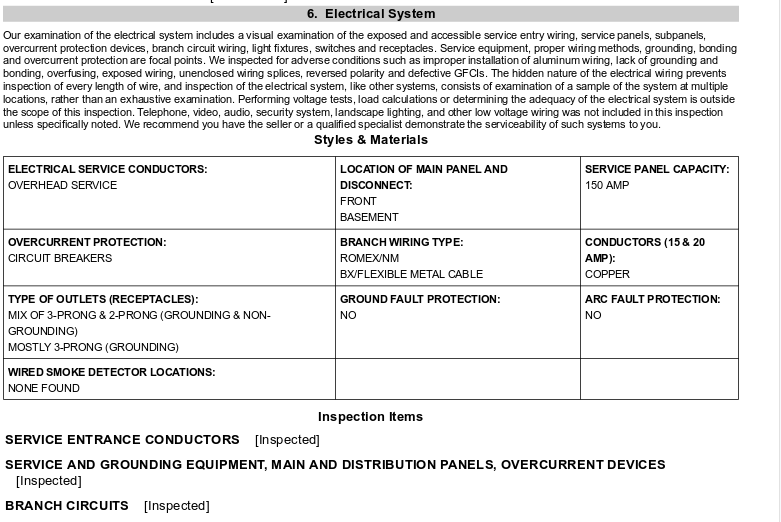 The electricians just left. The problem was that the treadmill I was using to test the power outlets had 2 power switches whereas I knew of just one, and the bulbs in the ceiling were dead. Power works fine. Doh!

I knew I should've learned to use the multimeter.

7
Is it unsafe if some three prong outlets don't properly test as grounded?
4
Are 2 prong outlets that are downstream of a GFCI outlet ground fault protected?
1
20 Amp Circuit with 15 Amp outlets
3
Can upward-facing receptacles be installed flush to a kitchen island countertop?
1
If a GFCI tester trips a circuit breaker is there a problem
0
New GFCI failure
1
Wiring a string of outlets
0
All bathroom outlets are dead
7
Ground Fault Circuit Interrupter vs AFCI
1
changing 60 amp outlet to two 30 amp outlets?