can this antique douglas fir floor be saved?

I bought a 100+ plus house and to my horror, under the carpet was not the strip hardwood floor we expected, but particleboard. Not OSB, not plywood - particleboard (which I just learned would need to be replaced anyways with plywood if new flooring going on top).

BUT! Under the particle board are very old wood planks! They're 5" t&g douglas fir (I think) and they look like they've never been sanded once. There's an old varnish or shellack finish (except for in the middle of the room where a rug must have been) so they where not installed as just subflooring. 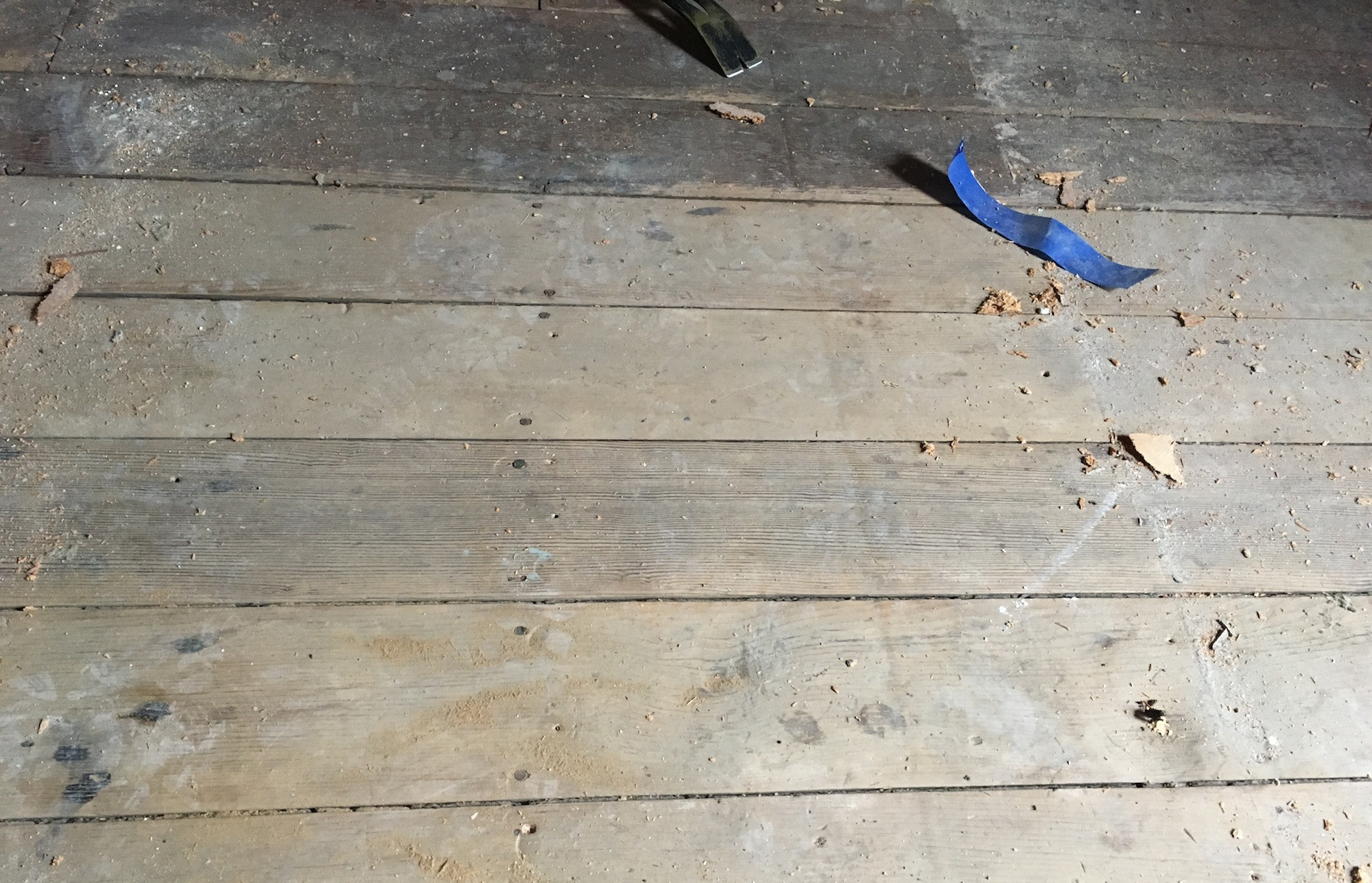 They're awesome! But.. they're plenty soft, gaps as big as 1/4", plenty of damage and splinters, tons of nail holes, a large section by the front door was replaced with pine, etc. And here's the biggest problem maybe: there's no subfloor underneath them!

However I don't think they're worn badly at all and we're intent on restoring and using them, even if that means pulling them up and flipping them over to the unused side. It's only in one small room -- about 300 sq ft -- but it's the living room and the heart of the house. And we're on a major budget and new flooring is expensive, less sustainable than reclaimed, and not as cool :).

Thanks! (BTW, I will NOT accept NO for an answer!)

[UPDATE: we sanded finished them: http://dannix.net/lib/abode/floor ]

It is totally feasible to do this. Just a lot of hard work.

We redid a laundry room that had a worn painted outdoor porch floor (the house is from 1869 and has been organically growing for 150 years). Tongue in groove. Fir, we think. We pulled up the boards carefully, removed the nails, hand scraped the edges, (which had been coated with paint and would prevent close reassembly), put in a subfloor and then reassembled the porch floor over it. We then sanded it down (no drum sander -- too small an area and too hard to control). It is finished with a good satin poly, three coats. We left it a bit rustic. 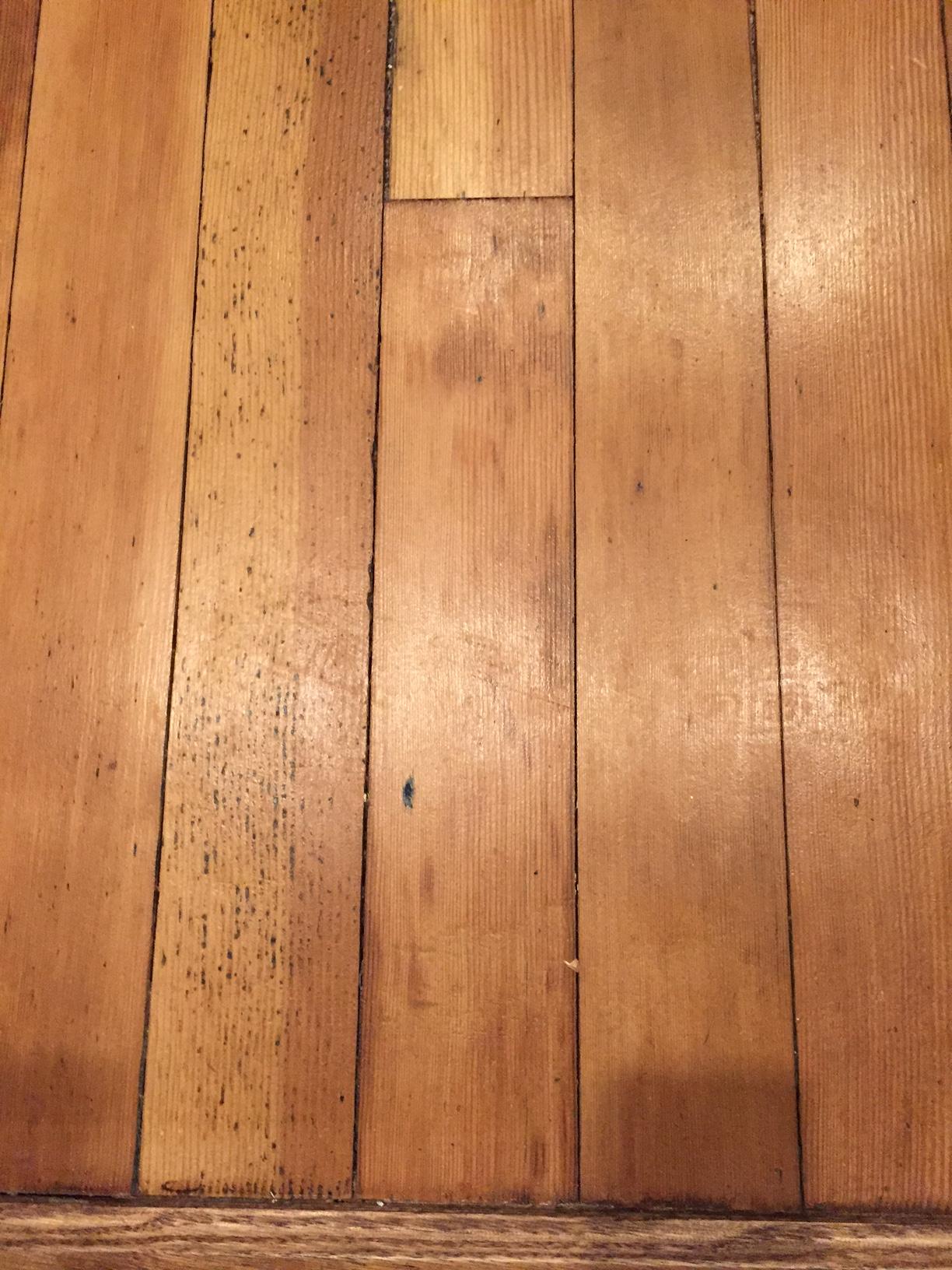 You do need a subfloor for strength, to prevent flex and to minimize airflow from below.

You are likely to have a few damaged boards, so you may need to rearrange the pieces to compensate. This will leave you short several board feet, so you may need to use a border of new wood around the edges to fill in. Small holes can be left open or filled, depending on your taste.

Old post here but if anyone else is considering this. I recommend not even bothering to pull the floors. If you have a crawl space underneath, encapsulate it instead to prevent draft, make the house more efficient, and promote airflow from below (you want this as you allow a bit of heat to go into the encapsulated space.

Any gaps can be filled with filler wood or wood filler. Then you can just sand the boards as is, stain, and clear.

Not the answer you're looking for? Browse other questions tagged flooring hardwood-refinishing renovation or ask your own question.

3
Is it a good idea to put 1/4" XPS under engineered floors?
7
What do I need to do to raise a subfloor?
1
Defeating hardwood-marring kids and dogs by using hardwood that's already marred (distressed)
5
What flooring material to install in a sunroom with wide temperature and moisture variations?
2
What did my hardwood installer do wrong here?
0
Mineral spirits not drying on unfinished hardwood floor (12 hours later)
0
What should I consider when determining whether to clear coat, oil/wax or paint an old fir floor?
1
Can This Hardwood Floor Be Saved?
2
Can these floor boards be saved?