How do I add blocking to floor truss joists?

I removed rotted subfloor plywood in powder room. I have engineered floor truss joists at irregular spacing. Question, I need to add blocking but the top of the joist is a 2x4 laying flat. Can I block with other 2x4s laying flat? Goal is to pour backer board and then tile. 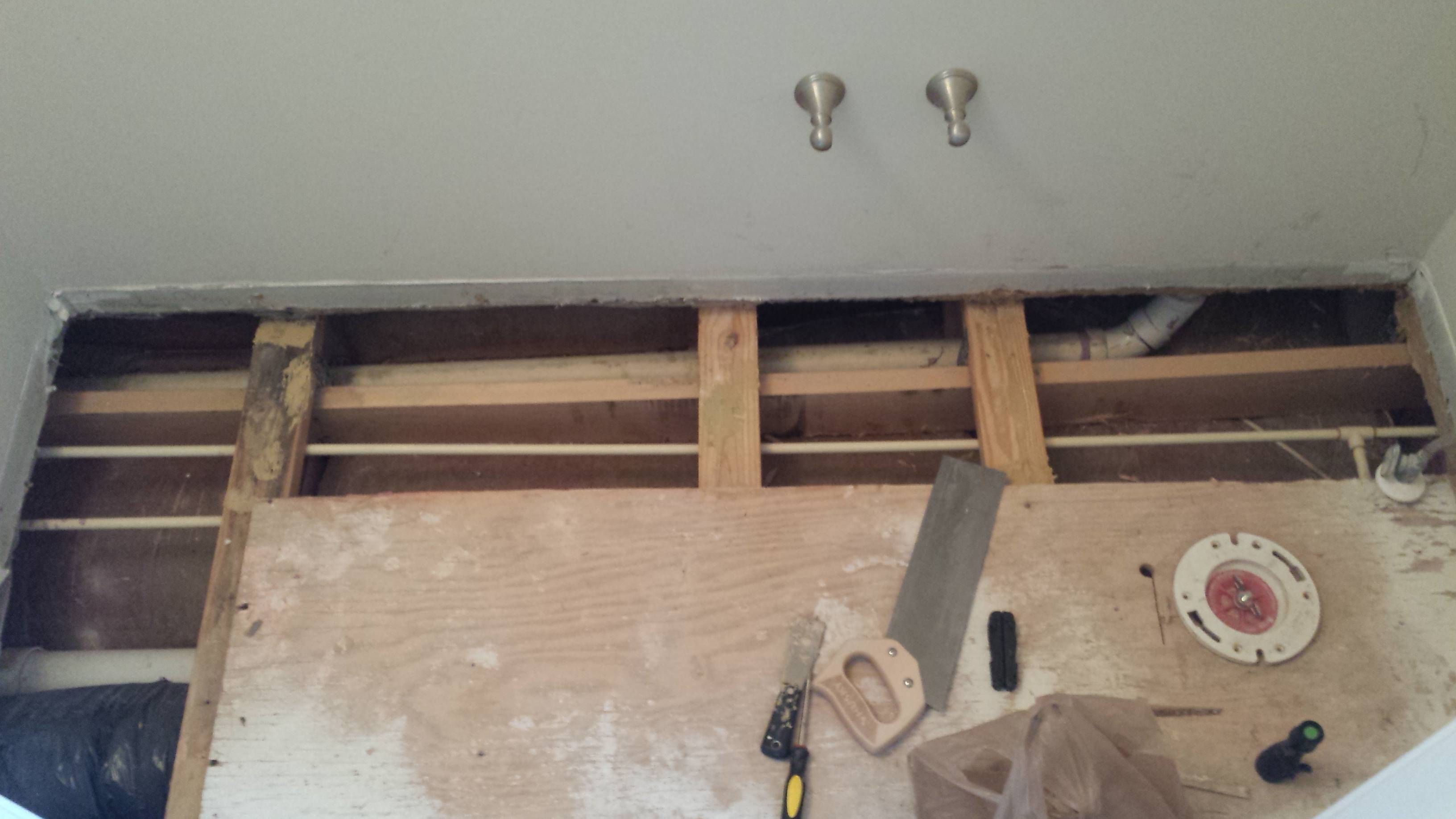 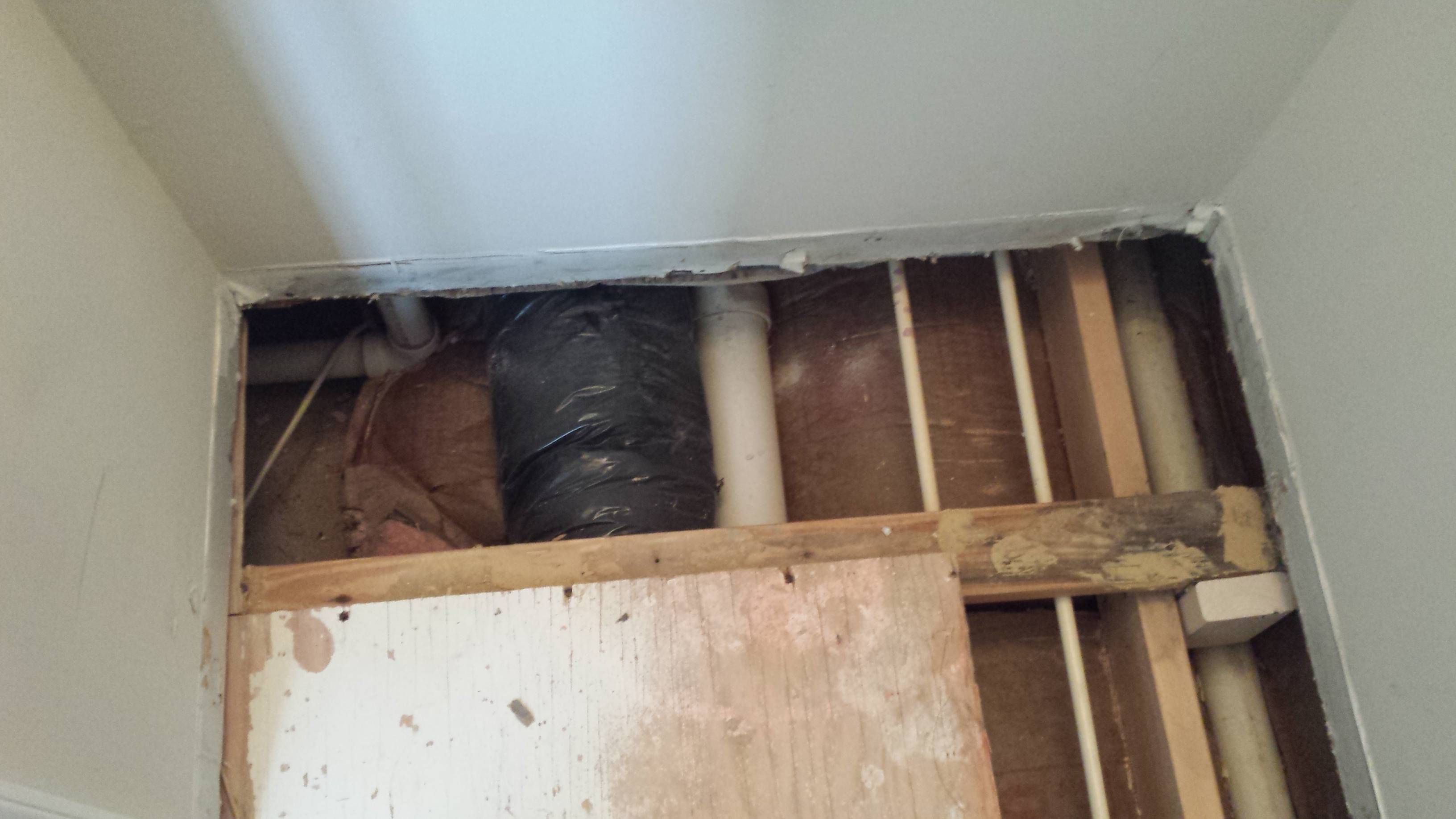 Along the wall at the top of your photo, simply cut blocks that fit snugly between the trusses and toenail them in place.

In the field, float blocks under the edge of the remaining subfloor and screw them through the subfloor. Toenail them once that's done.

At the right wall, lay a flat 2x4 atop the stiffback and under the subfloor for at least 4-6". Screw and glue it to both.

At the left wall you have more of a challenge. In hindsight you might've left a fringe of subfloor along the wall to reconnect to. As it stands, you'll have to block up from the trusses somehow. I can't see what's behind the insulation and wall, so it's difficult to be specific.

The critical factor here is that the subfloor panels are connected at the seams. It's not as critical that the blocks are attached to the trusses where they're perpendicular, though that's not a bad thing. Along the wall it's more important that they be connected to the joists because you can't connect them to the adjacent sheet.

Install all sheets using construction adhesive and ring-shank nails or screws and you'll have a very solid subfloor.

Gluing and screwing a sistered 2 x 2 or 2 x 4 flat should provide bearing for the new plywood, but I'm not knowledgeable on framing of this sort.

The blocking might best be fastened with Simpson Strong Tie right angles screwed into the top chords of the truss joists.

Not the answer you're looking for? Browse other questions tagged floor framing carpentry or ask your own question.

0
Would cork flooring underlayment help with vibration dampening in a sub floor?
3
Tiling over old 2x6 tongue and groove subfloor. Underlayment? Levelling?
1
How should I prepare subfloor for backerboard installation in bathroom tiling project?
0
Should I remove existing subfloor sheathing before increasing height of the floor system?
1
How do I patch a subfloor over a return duct cavity
0
Removing diagonal truss brace?
0
An idea to mix deflection rated I Joists?
1
Removing or modifying bridges between truss or joists to make way for ducting