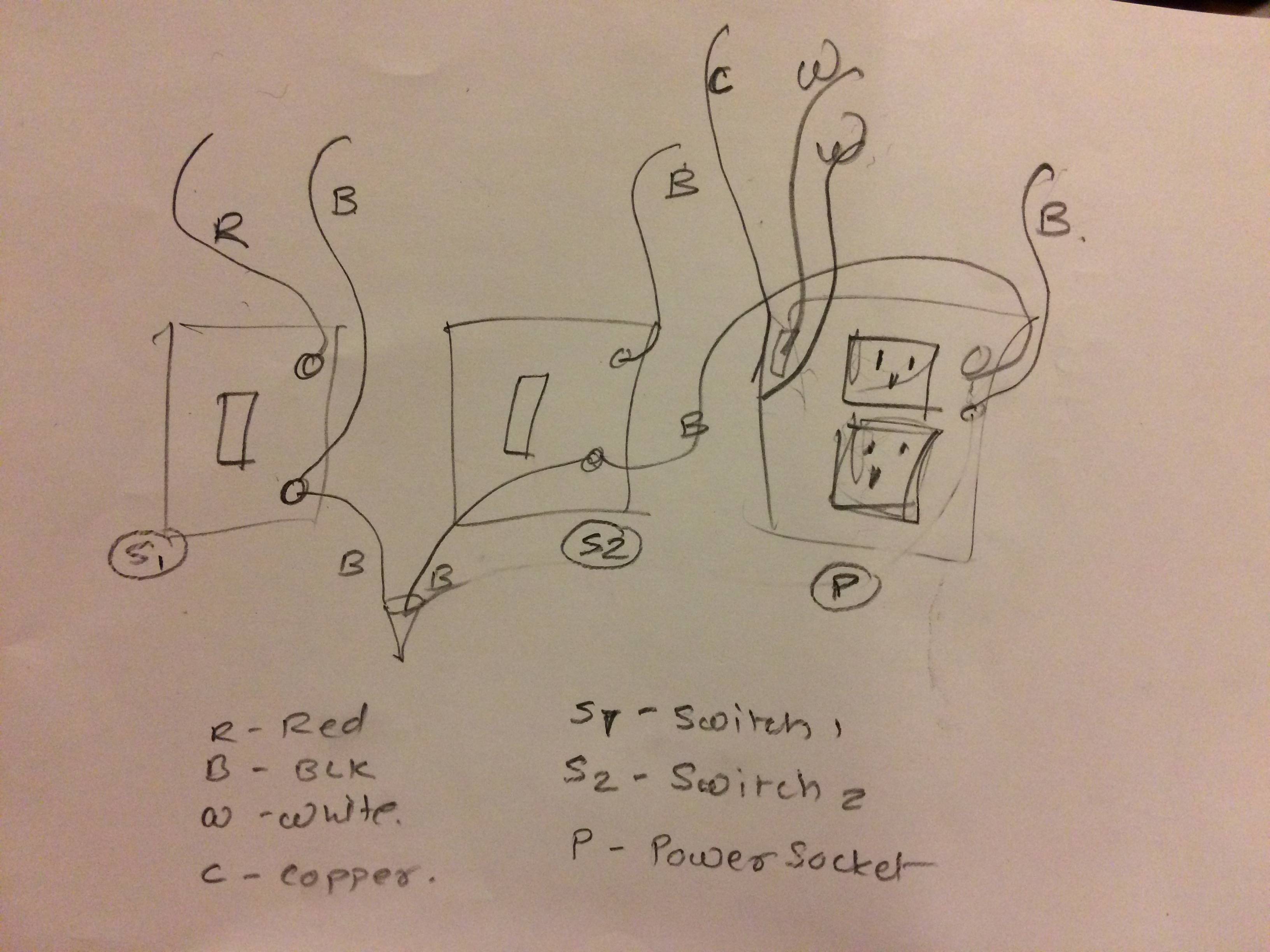 How do I convert 2 independent switch to one single switch? Plan is to remove 2 switches in bathroom ( light and fan) with one lutron occupancy switch. Can someone help? 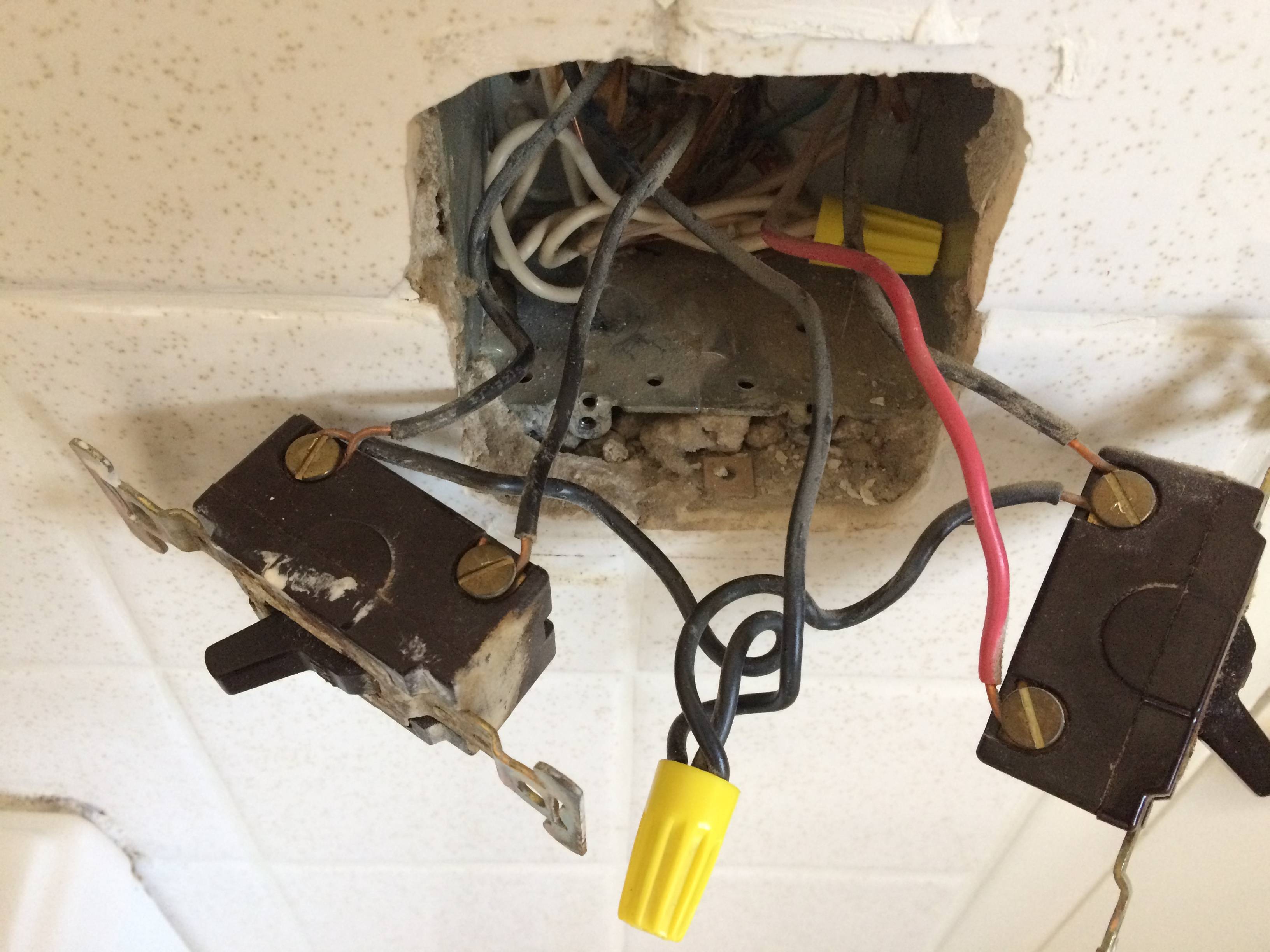 Is single red wire on top of first switch and single black wire on top of second switch, represents load? Are you suggesting to jump those two together and connect it to switch one with help of jump wire and write nut? Can you draw little pic for dummies?

According to your diagram (which is not the same as your picture, btw), you have one of the two following conditions:

Clearly, power to both switches comes from the same circuit.

To replace two switches with one, simply eliminate one switch from the "power" circuit, and connect both outgoing wires (one is red, one is black in your photo) to the same switch.

Beware: some switches are "3-way", and so while they may appear to have separate terminals, the reality is they don't. You'll need to connect both leads to the same terminal. (For simple switches, there are only two terminals, one for power in, one for power out. Obviously, you'll also have to connect both outgoing leads to the same terminal in this case, too.)

This is an easy one.

With the power off, take the black wire off the 2nd switch that connects the 2 switches and remove the jumper and wire nut. These will be used to make a pig tail.

Connect the single red with the single black and the short wire removed from the 2nd switch using the wire nut.

Connect the pig tail to the first switch. Now you have 2 wires connected to the switch going to the loads and the hot supply from the outlet on the other side.

2
How can I wire switch to convert a regular outlet to half switch?
2
Why is one switch dependent on the other switch position in my double light switch?
0
Double Switch but only Two Wires
1
Replacing SPST light switch with Occupancy sensor
3
Installing occupancy switch in a 2 gang scenario
2
How to wire a switch with two black wires and one yellow wire?
1
ground wire to two switches
0
Replacing two toggle switches that are linked with the same grounding wire