I've been doing a bunch of cat 5 running lately. I've been putting RJ45 ends on everything I run.

I'm not aware of a tool but I'll give my tips. 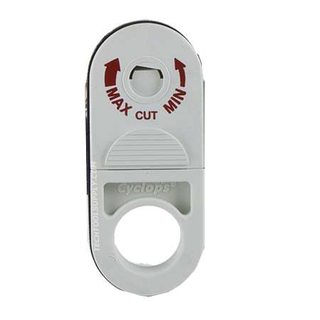 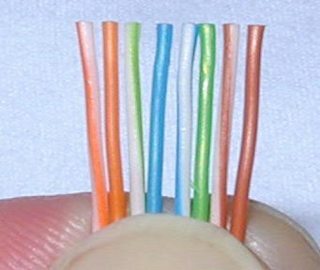 If the jacket is cut too far back, the connector won't crimp onto it, and the only thing holding the connector on will be the wire connections. While it might work for a bit, these wires are easy to break, sometimes in a non-obvious way because only a single wire fails. 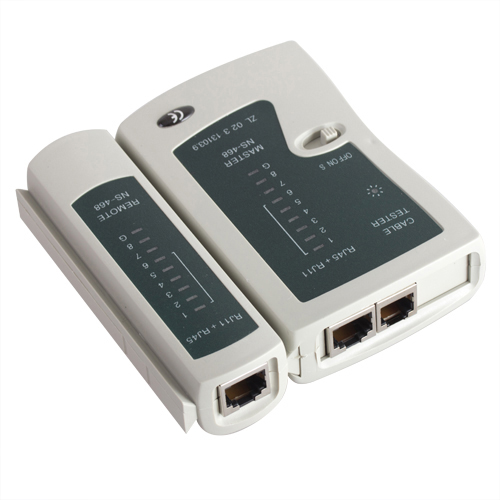 Punchdown blocks on patch panels and keystone jacks are easier to do properly (especially for cat 6), and can make a nicer installation.

Patch cables (any short-ish run that doesn't go through the wall) are cheaper to buy assembled than you can buy the parts for (even with bulk cable and connectors and valuing your time at $0/hr), and the cables are better than what you can do by hand. Since stranded cable is also harder to assemble, avoiding assembling patch cables means you avoid stranded cables.

That said, many years ago in the late 1990s I spent an evening watching TV and creating a couple dozen ~1.5' patch cables for my dad's office network, and that was a pretty good crash course. Since then I've rarely screwed one up. :)

Really, it's just practice. For example, I'm a non-pro, doing a few cables/ends here and there, and every few years it seems I do a bigger job like networking a house, but then I go months between doing anything. I can crimp an end in under a minute for sure, and faster as I get back into the swing of it.

CAT5 cable is available in both stranded and solid conductor forms.

Solid conductor cable is designed to be punched down, using a tool similar to the following; 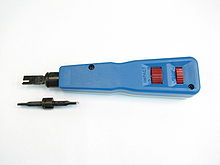 The ends of your solid run should be into patchbays or receptacles; they are not designed to be terminated on CAT5 plugs

The CAT5 terminators you're making are used on the short drop-cables which connect equipment to the patchbays or receptacles. Stranded cable is much easier to put into order by hand, or you can buy them in bulk off Amazon etc for less than the cost of the tools.

A far easier way is not holding cable in your hand. Instead use a little hobby vise to hold cable tightly. Pinching it helps flatten out the bundle. Be patient laying out wires while they are two inches long. Avoid having wires wrap around each other. Lay them out as flat as you can. Use tweezers to arrange. Some wires don't have a continuous tracer color, so redo with colored Sharpies. Having the vise hold the cable after the wires are laid out and cut makes it easy to slide the connector on. Some cables are easier with 5/8 inch wire exposure rather than half-inch. Check carefully before crimping. Look in the end of RJ45 with strong light to confirm all wires are well seated.

The closest thing I can suggest to automatically easing the process would be to use Cat6 style connectors, which are easier to get the wires into, in my experience, due to the way they are designed. Cat 5e connectors the wires are 8 flat across, and it can be tricky to get them all lined into the right slot without crossing up or one coming out short. Cat6 are 4 up, 4 down, so if you get it in the right hole at the back of the connector, it's much harder for it to cross up as you push it home.

I generally don't do that myself, but I've been doing Cat5 since long before there was Cat5e or Cat6...

The part that plugs into the jack is the same on both types.

My method for RJ45 Cat6 - I use an alligator clip with a round wire feed to untwist the pairs, I NEVER pull the pairs to a 90 degree angle when separating them. Avoid bending the pairs in any other direction except for straight out towards the connector - any bend becomes a "spring" when you go to put the whole thing into the connector holes. I make a 3/8" cut down the cable after untwisting and clip the wire pair separator below the top of the cable jacket. Straighten the wires one at a time with the basic plastic cable sheath cutter and then all together the same way. Once I get the pairs lined up like 865 - B configuration I use forceps to hold them in place and slide the mess into the RJ shell. I use forceps to avoid having to change my grip on the neatly trimmed pairs, letting go at this point causes a complete do-over and a definite time killer. If I've made a mistake or a wrong wire makes its way into the wrong slot I still have the colors lined up with forceps and still have a clean 90 degree cut - I make the needed change after making sure there is no "spring" tension acting on the errant wire and then crimp it. A nice clean cut with a real sharp blade makes it easier. A 30 power lighted magnifier comes in handy for old timers like me. good luck!

Not the answer you're looking for? Browse other questions tagged cabling ethernet or ask your own question.

8
How do I crimp an F-connector onto RG-6 cable?
2
Running power to an external building
1
Are Cat6a keystone jacks suitable for Cat7 Ethernet cabling?
0
Networking in an Old House
2
What kind of Ethernet cabling would I need for through the attic - And what cat?
2
Wiring ethernet cable from AT&T fiber Modem to a specific room
1
What is the best practice for grounding a shielded cat 7 ethernet cable?
12
How do I use existing cat5e wiring to distribute internet in my house?
0
Problems crimping Cat6 Ethernet
3
Cabling ~150m of ethernet/coax/fiber