So I'm not the best with electrical work, and I'm running into issues replacing my bathroom vent fan and light.

The setup is three switches on the wall:

Where the new vent fan and light is going:

If I connect everything one to one:

Help? How should I be wiring this? 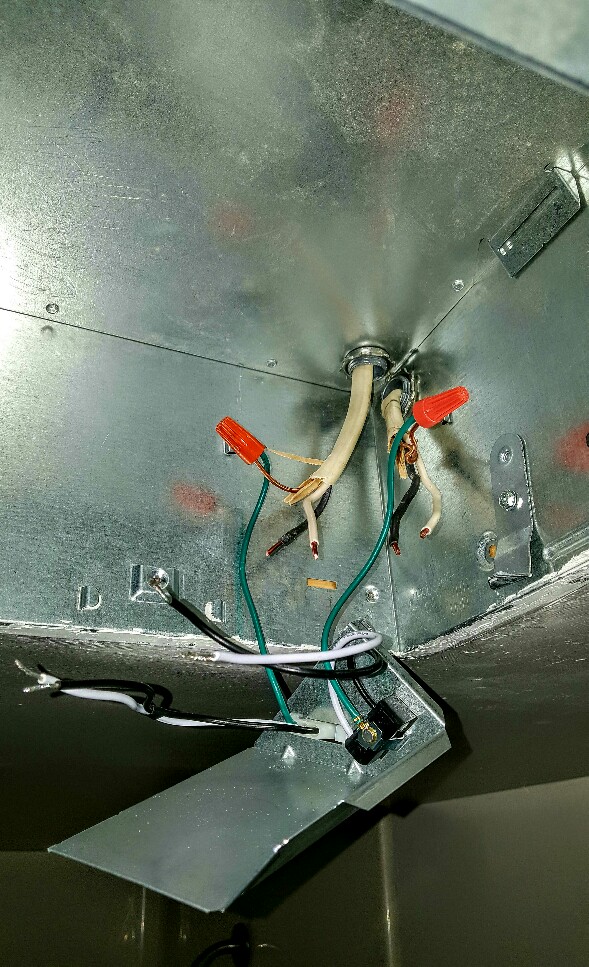 Update: just attached black to black, and white to white (for all four wires). The fan works, the ceiling light works, but when I switch on the light for the vent unit, both the vent light and the other ceiling light just start flashing. It's like I've wired an alert that I'm terrible at electrical work.

Please excuse my MS Paint representation, but it should help. 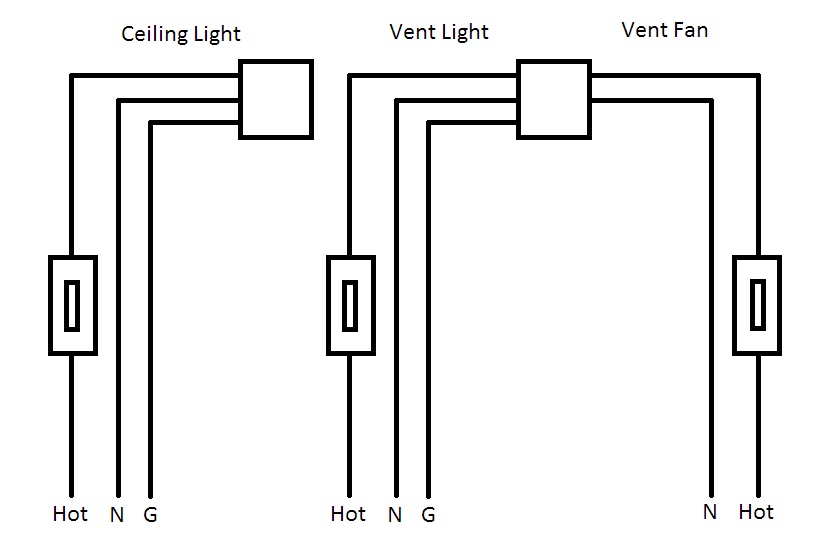 From what I understand, the grounding wires may not be necessary, but if the fixtures have ground wires or grounding terminals, it can only help to connect them. This question explains grounding in some more detail.

One exception is that if the vent is directly over a shower, it might need to be GFCI protected (see this question). This could be done in a variety of ways. You could install a GFCI breaker and run the vent on a dedicated circuit, but that would be annoying if it tripped since you could only reset it at the breaker. You may be able to install a dedicated GFCI outlet in the bathroom and connect the vent and switch to the protected side of that outlet. You can also find combination GFCI outlet/switches that would combine the GFCI outlet and the switch into one unit.

Not the answer you're looking for? Browse other questions tagged electrical bathroom light-fixture vent or ask your own question.

10
How should I connect the ground wire for my light fixture?
11
Is it okay to have an ungrounded light fixture?
4
When is a bath fan considered to be "over a tub or shower"?