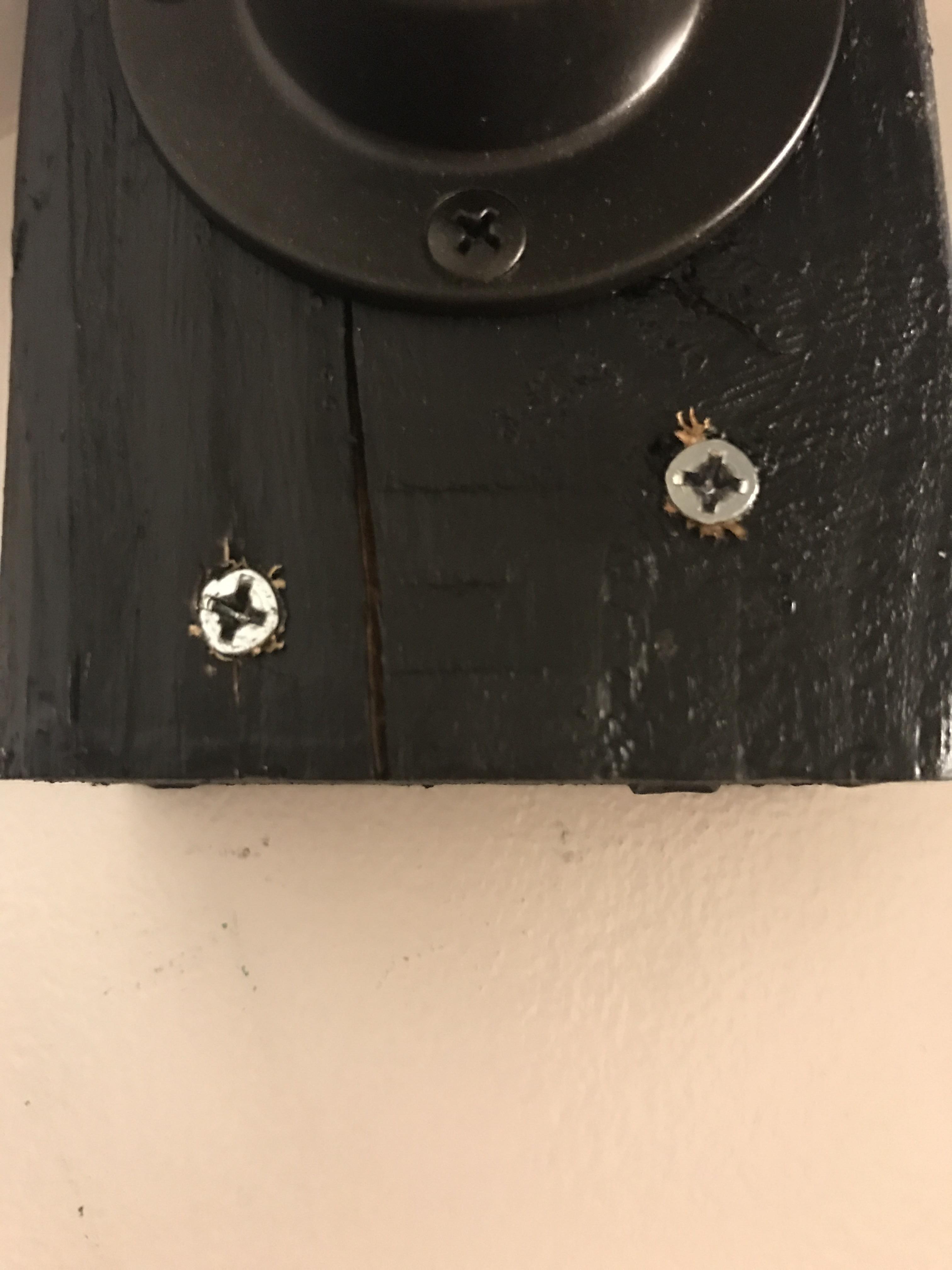 I can't get these two screws out and I've tried using a drill and a screw driver. Any tips?

It's readily apparent that you tried to use a drill. The drill went "ratta-ratta-ratta-ratta" with lots of shaking. Maybe you even think that's how drill-drivers normally work. Or maybe the last guy did that while initially driving it, because it's hard to stop the momentum of a spinning drill. Which is why it now looks like a Posidriv screw head instead of a Phillips.

Use a manual screwdriver, and press hard down the handle while you turn, and don't let it cam out.

If you can't do that, do what I do -- get a speed wrench and a bit holder. This lets you press really hard while giving a lot of leverage to turn. It also lets you turn really fast and stop on a dime.

If you can't get the screws to turn you just need to make sure that you're using a fresh #2 Phillips bit with the driver perfectly aligned with the screw, and press very firmly.

If the screws are spinning, it's probably because the threaded portion has gone beyond any firm material. Use a chisel or putty knife to pry up on the head of the screw while you spin it backwards with the drill, pressing lightly. Once the threads find their way out to solid wood the screw will back out easily.

Use a small rotary tool (such as Dremel) and a cutoff disk (wear eye protection, and be aware of where the sparks are going so you don't start a fire) to cut a slot for a flat-bladed screwdriver. I think you've damaged the original sufficiently to make it dubious that you'll get them out with a Phillips, now.

Not the answer you're looking for? Browse other questions tagged carpentry or ask your own question.

2
How should this microwave shelf be stabilized?
2
How to build a quick-and-easy wood ladder?
2
How do I sharpen wood lathe tools?
6
How can I build a screen door?
0
Problem with Screws/Hinges on laminate door
2
What type of Drill should I go for?
3
How to tighten a wooden bannister (newel post)
0
Mark location of holes with two boards fitted together
0
How can I get eave rafters cut flush?
0
My Dresser Drawer is stuck closed