How to reinforce this concrete wall that wasn't properly drained and is starting to lean 3/4" from top?

I have a cinder block wall (CMU) that was built about 3 years ago. I purchased my home 1.5 years ago. I was told that the wall was built 3 years ago by the neighbor and it was built by a local handyman when the previous wooden fence fell over. The wall is about 20-24" tall, and spans about 50 feet across. On the other side of this wall is my backyard lot with clay soil. About 12 feet back from the wall sits a mature tree. 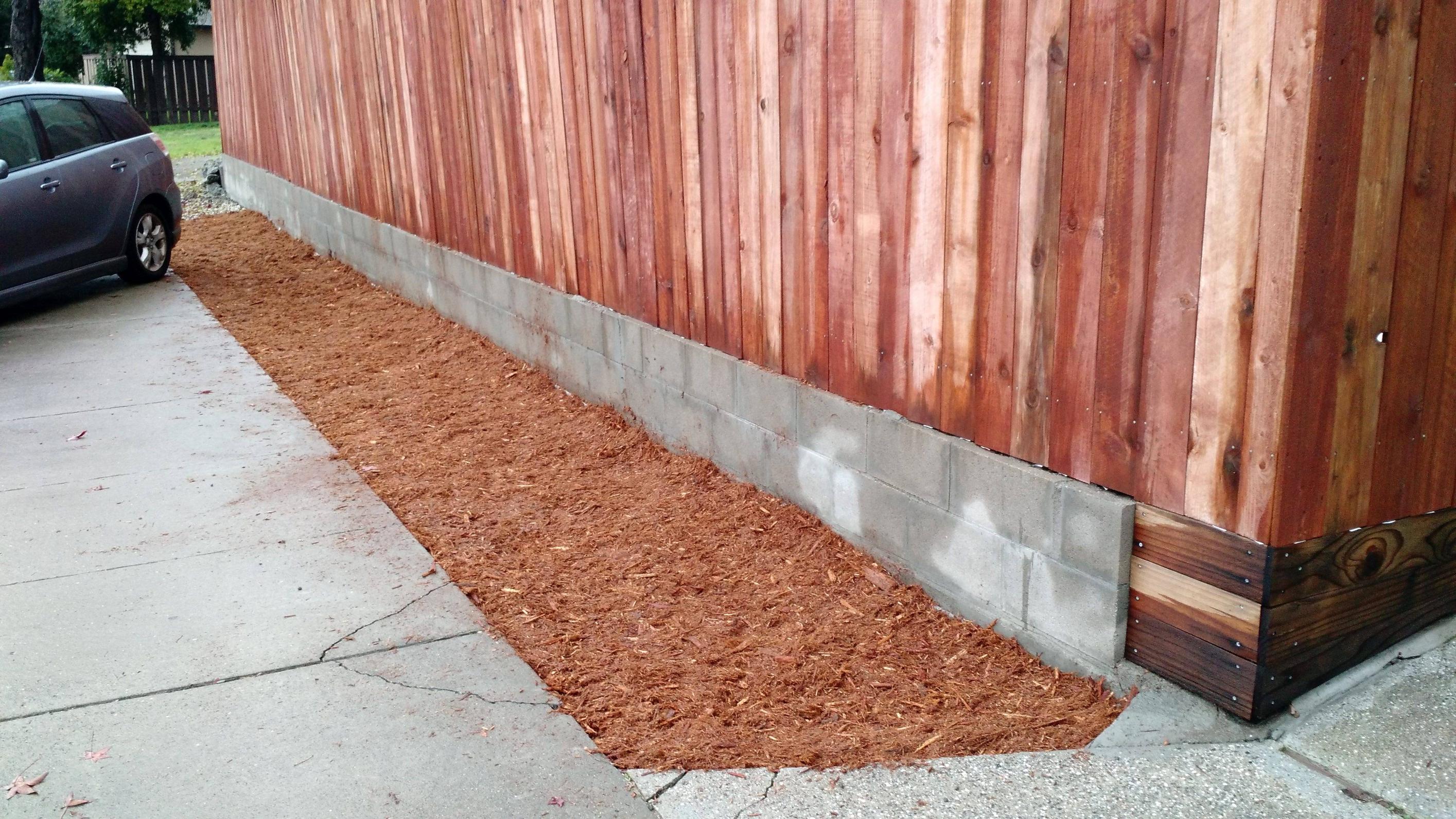 I did not notice the shifting of my CMU wall until this past month after some heavy rain storms hit our region, there may have been some minor cracking on the wall since we bought the home that was pointed out to me than by my neighbor but nothing that stuck out at me until this recent time.

So the wall is starting to crack and on one of the cracks it is leaning out where the top of the wall is about 3/4" out from the rest of the block wall.

So I took a look at the back behind the wall and tried to search for roots and did not come across any that seemed to be pushing up against the wall to cause it to shift. I than discovered from this same digging that the weep holes weren't properly constructed behind this concrete wall where there are no drainage rocks, it was just clay soil compacted up and backfilled right up against the concrete wall itself. I'm going to fix this part by adding some crushed rocks in but I wanted to know if there was anyway to reinforce this crack that is shifting before it gets any worst.

By relieving the weep holes with better drainage I'm hoping that I can release some of the built up pressure that was holding back all this wet soil, while its already dug up I wanted to see if there was any options in reinforcing the crack that is shifting. The wall hasn't leaned over too far out yet, but looks like if I don't stop it now from getting worst it'll tilt over one day under its own weight. From where it's leaning out it's also pulling a good 20-30 feet of over wall with it. 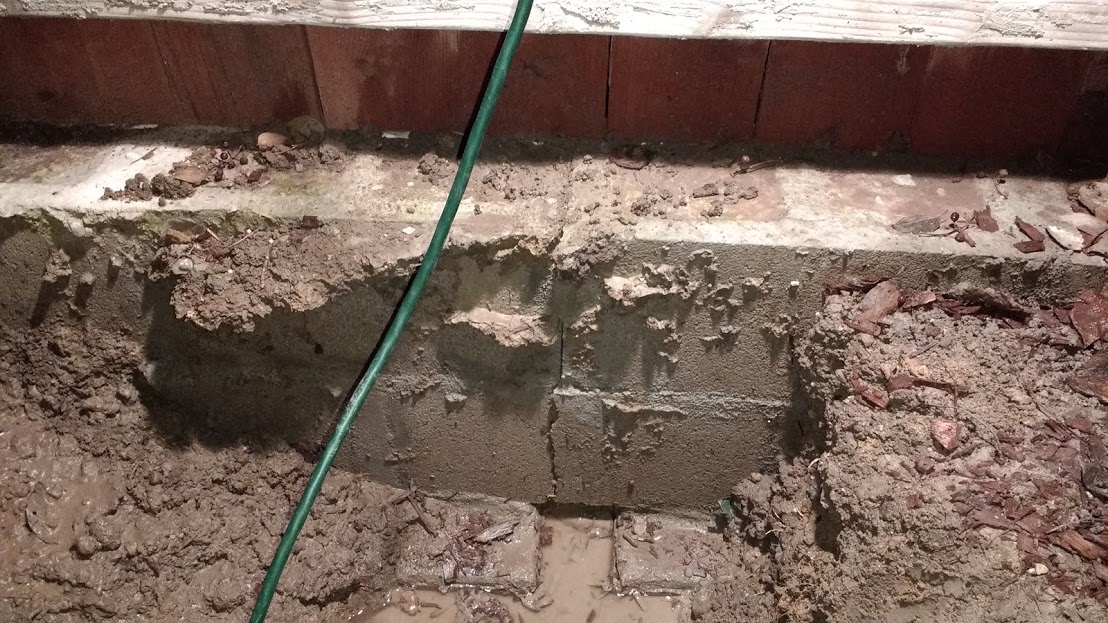 This is the part where I was thinking I can anchor a metal brace across it to hold it in place?

PS. I don't think there is any rebar in the building of this wall but I can't confirm this for certain.

I don't believe a metal band across the back will do anything. A perpendicular brace would have to penetrate the wall to the front and have a broad bearing on the front and then go back into the soil inside. It would be a major undertaking and, unless it was artfully designed, an eyesore from outside. I do think that a wedge of crushed rock behind the wall may help.

In your picture there appears to be a drainage channel in what appears to be a poured concrete footing right under where the crack is. This may be the cause of the crack because the block above is unsupported there. Unfortunately if the soil is tight clay, water will not drain well through channels under the wall. If there are more of these channels in the footing, you can expect cracking at each one.

Visible drainage holes in the middle of walls are unsightly and so, if they are not necessary, are to be avoided, but it may be necessary in your case. Just putting in crushed rock in a wedge at the base of wall may not provide enough drainage. But I think they could be drilled later from the outside. The excavated clay soil could be used to top the crushed rock to direct surface water flow over the top of the wall.

(I see some people where I live putting in horizontal drainage pipes behind and at the base of engineered block walls connecting to unsightly holes through the wall when the whole wall is dry fitted engineered blocks pinned together. There is already drainage around each block.)

Edit after comment: For some reason I was thinking about a metal brace on the back of the wall not being effective. However, a metal brace across the top of the wall might be. This would be a flat steel bar held to the top with bolts going into holes drilled into the concrete filling in the cavity in the blocks. However, this would be costly and unsightly. The steel would rust over time and might be a hazard to a dog or a child.

When you have the base of the wall uncovered you might have to fill each of those drainage holes with dry concrete mix with small aggregate to support the blocks on top. And drill weep holes through the joints in the wall on the outside.

If you can, talk to the guy who built the wall and ask him if he would do some remediation. If this wall cracks and leans over, it won't be good for his reputation. You don't have to mention this explicitly, it's obvious. It could be the original customer insisted on an unreasonably low price and the builder did his best with the budget he had.

Not the answer you're looking for? Browse other questions tagged masonry retaining-wall or ask your own question.