How do I/can I install a dimmer without a ground?

Full disclosure: I know very little about electrical work and was hoping for an easy fix.

I have been getting a buzzing from my dimmer every time the dim feature is used, and I read that a low quality dimmer can cause this. I read that this one is good, so I purchased it as a replacement: https://www.amazon.com/gp/product/B000BOA23U

I flipped the breaker and then tested the light switch to make sure the light wouldn't turn off. I removed the old dimmer, which had two black wires and a green wire.

Both black wires were connected to their own black wires in the wall (seen below coming toward the camera), but the green wire was not connected to anything at all. I'm really not sure what to do as I suspect that not having a ground on a dimmer could be causing the buzzing and could be unsafe. Here's what it looks like in the wall: 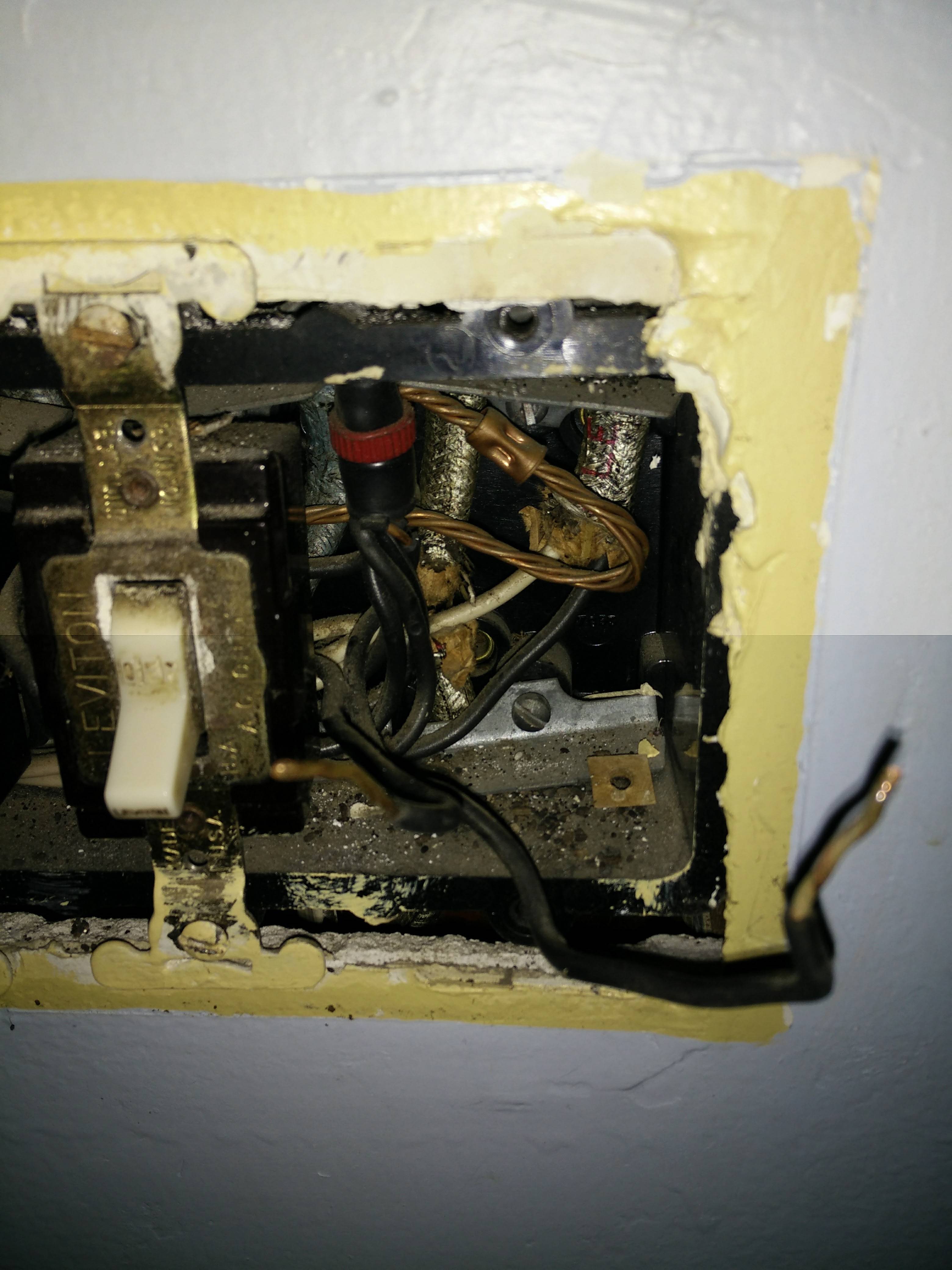 So...what should I do to make this safe?

A dimmer that buzzes is using an obsolete way to dim. It's also buzzing all your surge suppressors and the AM radio for half the neighborhood.

Grounds are not used in any way whatsoever as part of the functioning circuit. Electrons should never move on a ground path. So the dimmer shouldn't need it to function, but a newer, better dimmer might need a neutral wire. Make sure you are considering future LEDs when picking a dimmer. The better LEDs (GE, Cree) are really quite good now, and it's time to say goodbye to incandescents.

I do see a ground wire back in there. It also looks like a steel junction box. It is likely the ground wire is either strapped to the box (typically with a #10-32 screw) or is otherwise attachable with a wire nut, possibly already attached to other wires.

You also see the metal yoke on the switch. That is meant to be ground. You see where the yoke is resting on plaster, not the steel box itself, so the ground path there is weak - depending on the metal screw. Because of that, I'd use a wired connection of bare (or bareD) wire to go from an attachment point to the ground screw on the switch.

By the way, that little paper square on the bottom of the box, is designed to go on the screws on the switch yoke. You slide or screw it onto the screw, and now it will stay captive and not fall out. Sometimes they get unscrewed by accident as you're removing the switch.

Not the answer you're looking for? Browse other questions tagged electrical grounding dimmer-switch or ask your own question.

0
Replace a dimmer switch with a regular light switch
0
Grouding on a incandescent 120 V dimmer
0
Replacing 2 dimmer switches, breaker keeps tripping?
0
Leviton Dimmer Switch Model DW1KD
2
Trying to install a dimmer switch for my light attached to my ceiling fan
1
Dimmer wiring for 3 wire single pole
1
Why is my new Legrand Radiant smart dimmer switch not dimming?
2
How should I go about connecting a switch's ground wire to this apparent grouping of ground wires?
0
Buzzing sound from ceiling light fixture. Can the source of the problem be the dimmer?
2
Lutron Fan/Light Dimmer switch Install