After removing an old bathroom floor in a historic structure, in order to sister joists for a level surface to install new subfloor, we found that one of the original floor joists was notched, and then cut, by previous owner in order to run drains. We're redoing all of the plumbing, but this is a question about the joist.

How would we fix this? You'll see in my pics that previous owner/worker tried to brace this between two joists with a 2x4. I don't trust it.

How would you fix this the right way? 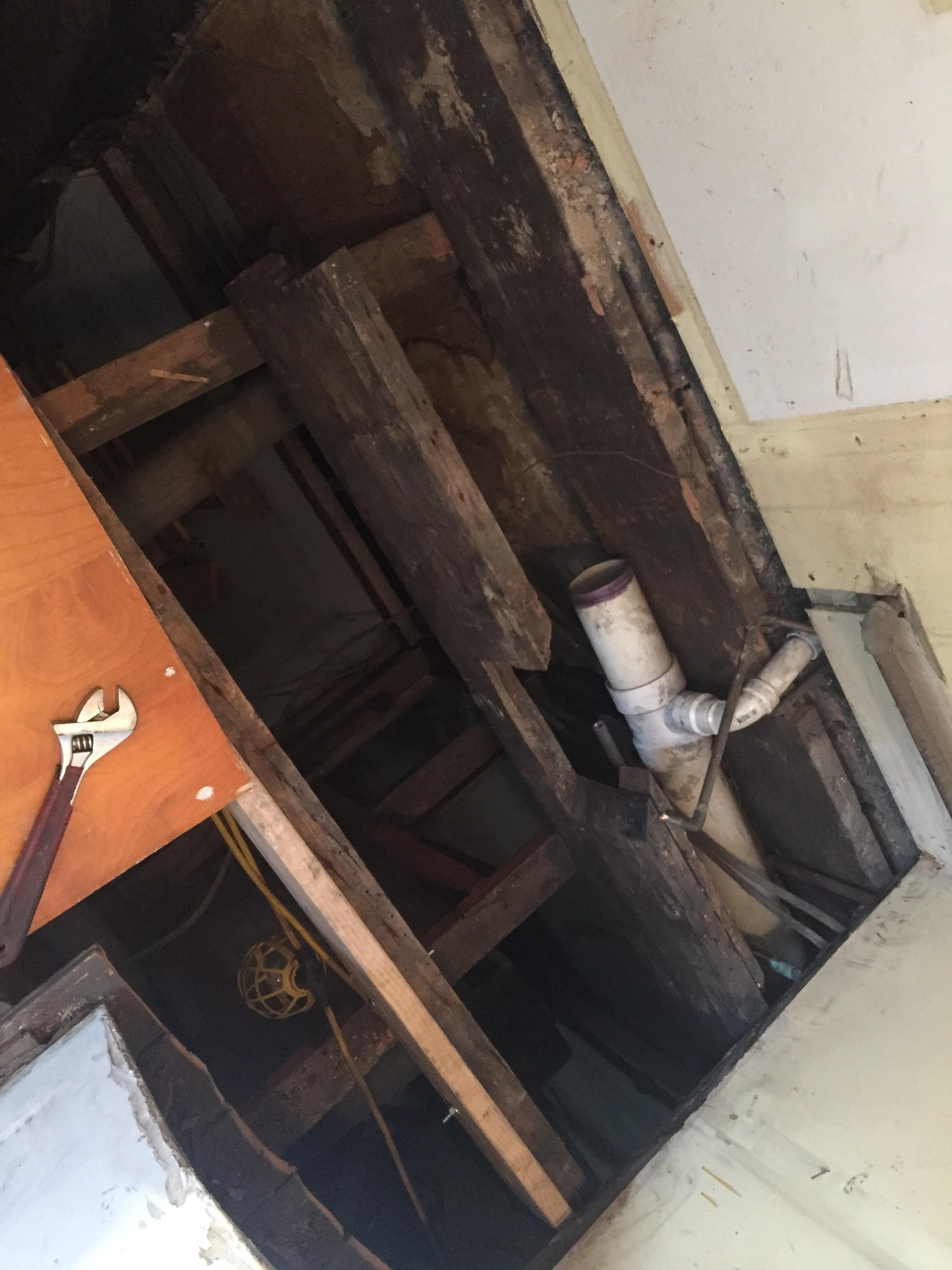 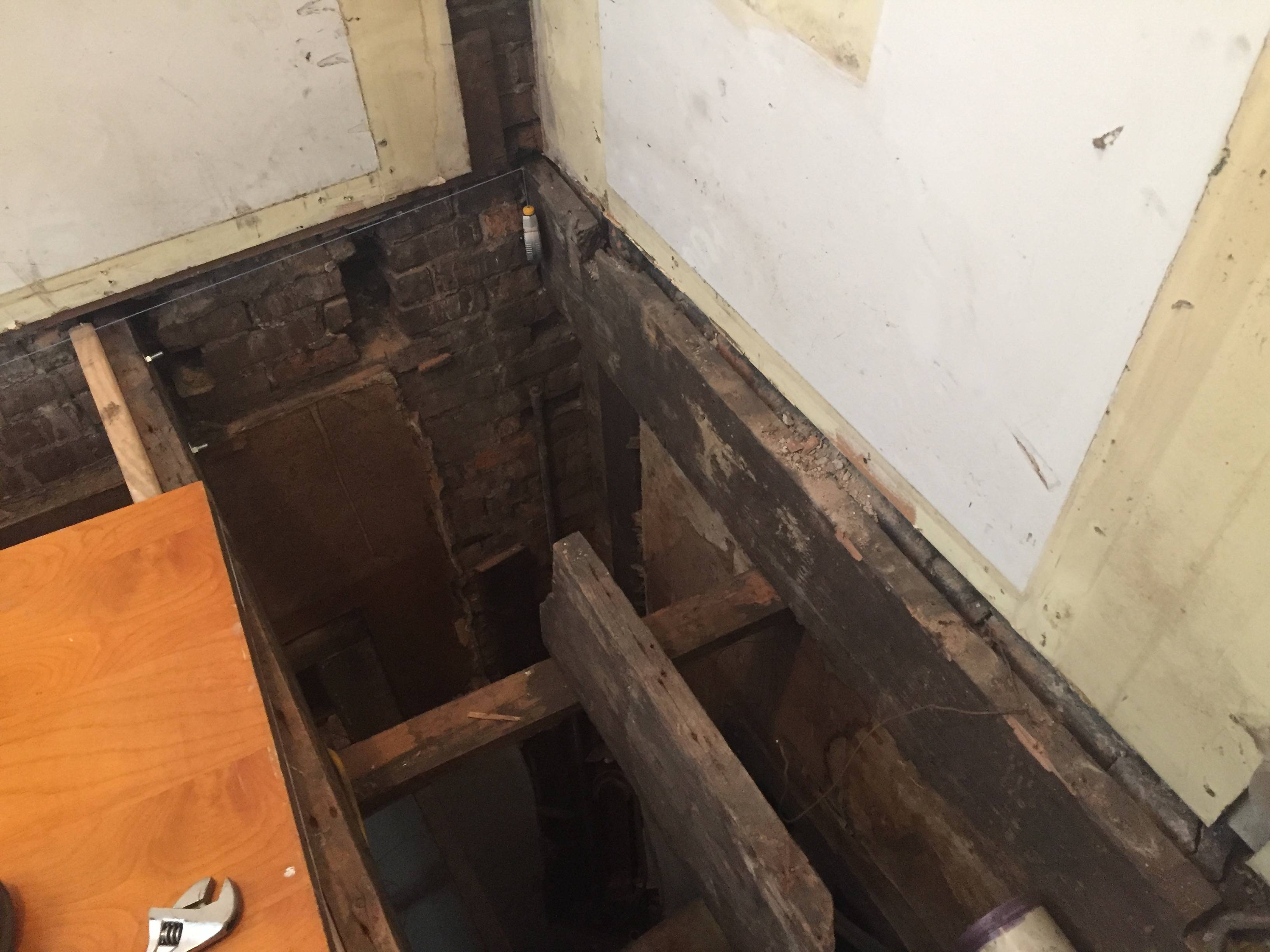 You really need an engineer to give you an answer and sign off on this. But, being this is the internet, here's my $0.02 anyway.

Then I would slide a new piece of joist into the pocket in the foundation wall and flush with the end of the existing joist on top of that 2x4.

Then I would sister the joist on both sides with 2x dimensional lumber of the same height as the existing joist from the foundation wall pocket back to at least 2' to 3' past the end of that huge notch. Be generous with construction adhesive, then clamp the whole thing up and put a few bolts through to pull it together and nail it along the length.

Not the answer you're looking for? Browse other questions tagged joists carpentry structure or ask your own question.

1
What can I do about joist framing in brick pockets that is uneven and loose?
0
How to properly double on ceiling joists
1
Floor sagging between joist- please help
7
Repairing a notched floor joist
4
Is there a simple way to make these rough sawn, exposed joists level and flat?
2
What size should sistered joists be when repairing a cut joist?
1
How to sister joists to level a floor when they've already been sistered to level the ceiling below?
0
What is the max span that can be supported by 2x4 floor joists?
41
How to reinforce a joist with plumbing running through it?
6
Sistering Floor Joists