I got a new and empty big propane tank from a neighbour (he works at the propane distribution in the city) and I wanted to convert it to an air tank. I know even thought it looks like it, the tanks are never empty so my plan would be taking off the valve and filling it with water in order to remove any gas in the tank left. After that I was thinking about adding rust proof paint inside and rolling it around so it got in every place and let it dry for like a week or something, I read somewhere you shouldn't do this because it would contaminate the air line?! The last problem would be the drain valve, what should I do? I know I am not supposed to weld to the tank so that option is out, I was thinking about drilling and tapping a hole but I read somewhere that the tank is too thin to do that and the last option would be turning it upside down but the problem is that it would contaminate the air line with water. What should I do?

You have the right approach with filling it with water, especially if you can ensure that you've removed all gas bubbles during the filling. If the tank is going to be used by connecting it to a conventional oil-lubricated compressor, you can empty the water and slosh some protective oil inside. There are preservative oils for rust prevention which work. You've not indicated the use of the air, and contamination is certainly a consideration.

With an oil-lubricated compressor, one has an air-dryer and oil-separator device in the outgoing air line, which would eliminate contamination in general.

The drain option is a bit more complex. My conventional shop compressor as a plastic hose in which one end is placed in the tank low point and the other exits the top of the tank through a fitting. After the compressor reaches cut-off pressure, the valve on the hose opens, causing some of the air to pass through the plastic hose, pulling water from the tank.

This particular tank has a conventional drain and I have yet to experience any water within the tank when performing a manual drain, but I also have a Franzinator installed between the compressor head and the tank, removing virtually all the water and oil before it reaches the tank.

You'd want the ability to perform a periodic manual drain with this conversion project.

My large propane tanks are cylindrical with the long axis parallel to the ground. There would be no single low point unless one end was tipped up slightly. Even a half inch would provide a single collection point.

You could modify the fill valve opening "cork" to take a hose fitting and drop the open end into the low point. Some form of retention for the hose at the low point would be a good idea, of course. On the outside of the fill valve cork, a valve with a hose to direct the water would give you the "pressurized" drain capability described above.

All of the above does not imply safety or lack of safety in the practice of converting a propane tank to air storage. I'm not qualified to make that judgement and have not performed research specific to that discussion.

This is a poor image, but saves typing. Consider that the rubber tube is the opening from which the water will drain. The drawing shows the tube in the stopper to be deeper into the bottle, but it should be flush with the plug. The "thermometer" in this drawing should be a hollow tube, extending some distance, just as shown in the image. When turned upside down, the "thermometer" tube will be above any collected water and will provide air to your use, while the other tube will allow water to be ejected when open.

The water ejection port does not need to be a tube, as a hole in the plug/cap will serve, and the outside will have a valve to keep the air in when not draining the water.

The clean air tube will have to be some hollow item. The equivalent of a long hollow bolt that threads into place would work, but I can't picture such an item as being off-the-shelf.

If you have fabrication skills, soldering or welding and have pipe to fit the opening, you should be able to make something that works, while maintaining the integrity of the tank.

I would hope your current valve has a threaded opening of about 20-25 mm when the valve is removed. That should give you enough working room to build an assembly for clean air.

The following images are different views of my interpretation of your drawing. The varying perspectives should provide easier understanding and/or correction.

Can you tell me if these views represent correctly your current concept? 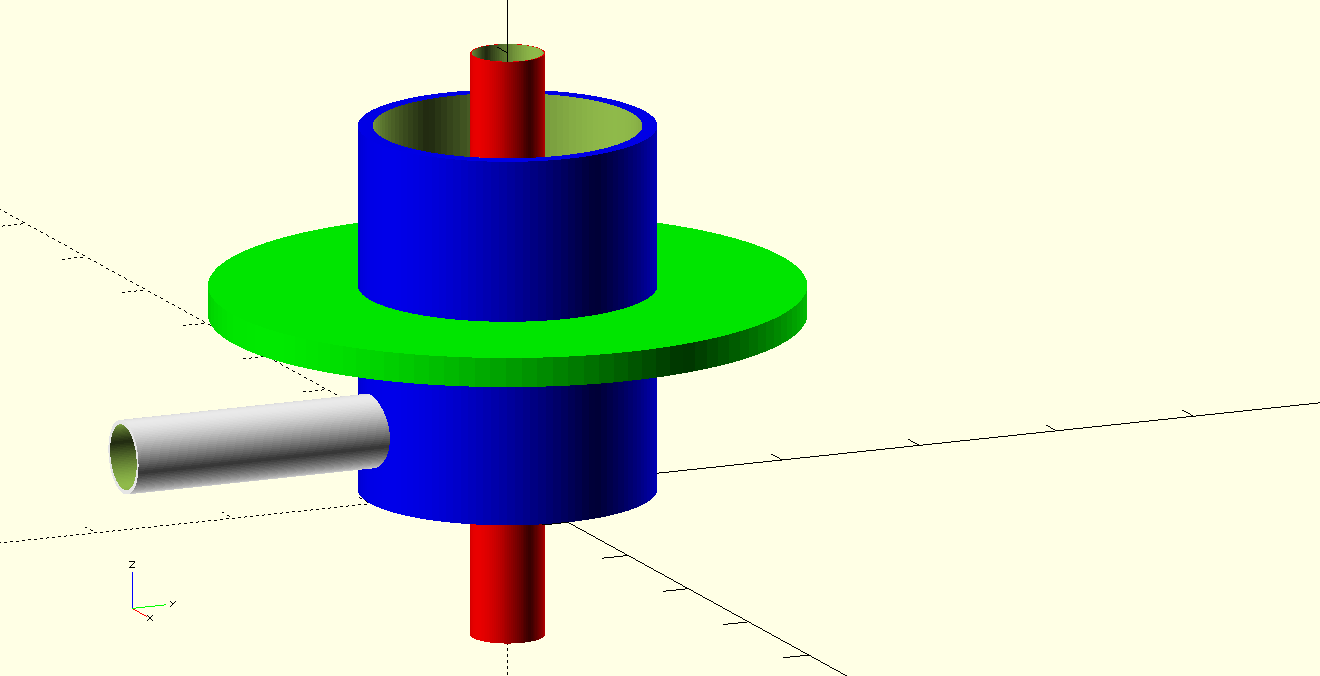 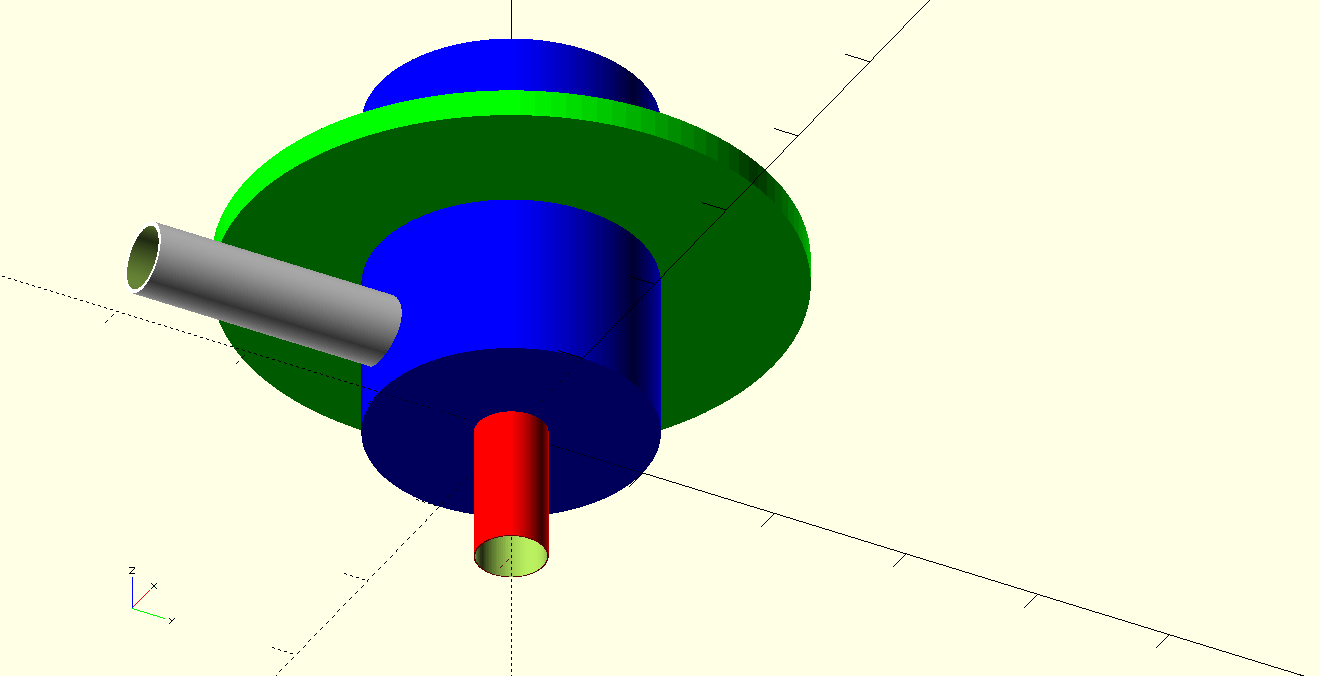 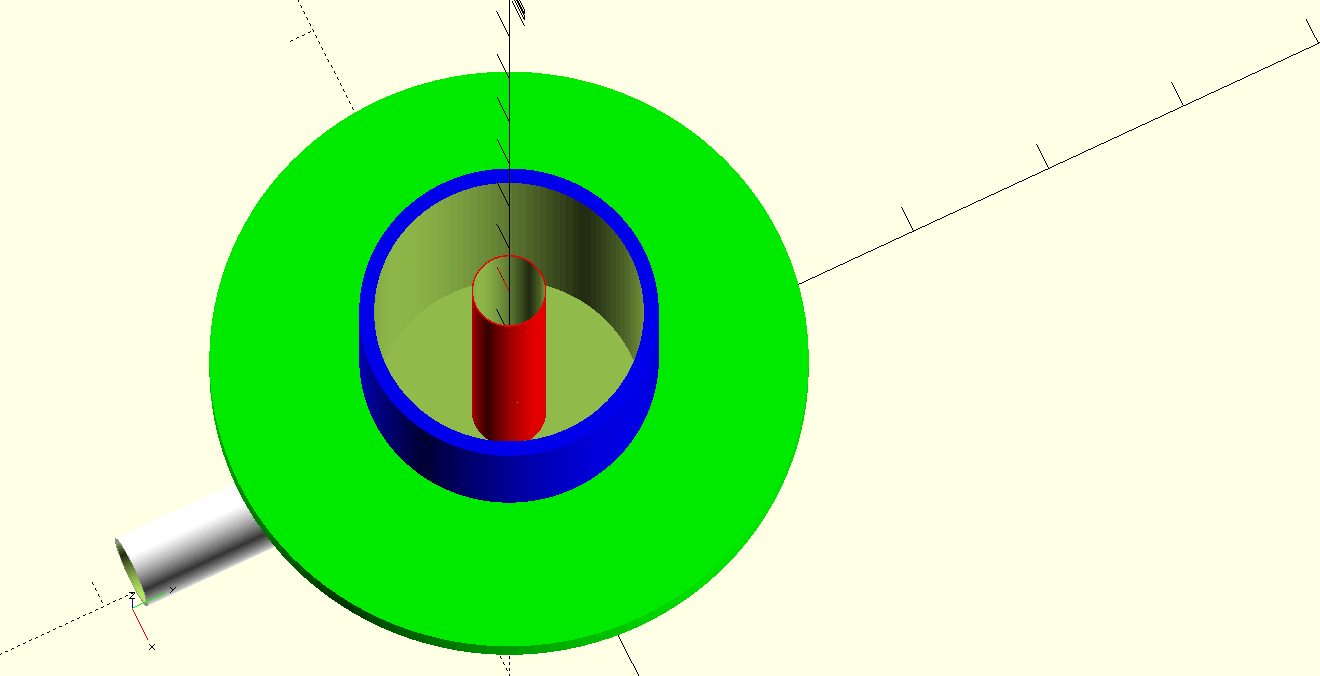 Not the answer you're looking for? Browse other questions tagged propane compressor or ask your own question.

2
On demand water heater using a propane tank
4
Why won't propane come out of my nearly-new propane tank?
0
Check if propane gas tank is almost empty?
3
Dual propane tank equalization
3
Will zero pressure in a propane line cause a leak when the pressure returns
1
Can I keep my propane tank valve open?
1
Propane tank sizes peddled by various local providers
1
How do I add a level gauge for 100 lb propane tank?
0
Switching propane bbq to natural gas