Here are both the builder blue prints and foundation plans. According to the plans all external walls and garage are load bearing and internal walls are not. There is no built up foundation/headers internally, only thickened on external walls.

I want to completely take down the wall running horizontal from the garage to the kitchen which includes closet, kitchen wall, half walls (lv rm) and where pantry (no longer there) are indicated. Since the trusses run perpendicular and the middle of the truss (middle of the A) is where the wall is, my S/O is arguing it is load bearing. Full disclosure: I removed a quarter of that wall (next to the closet) more than 10 years ago based on these plans—no sagging to date. 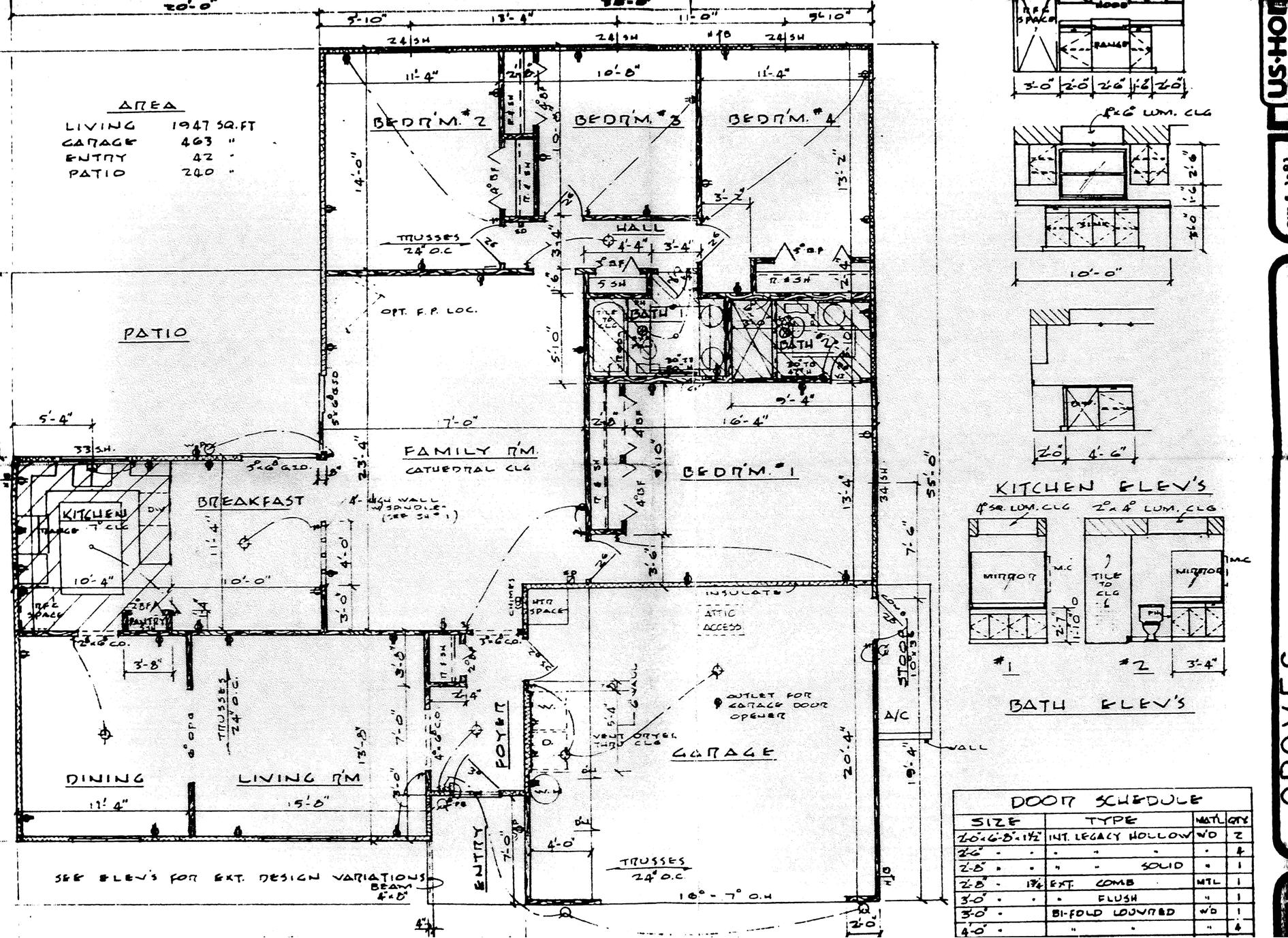 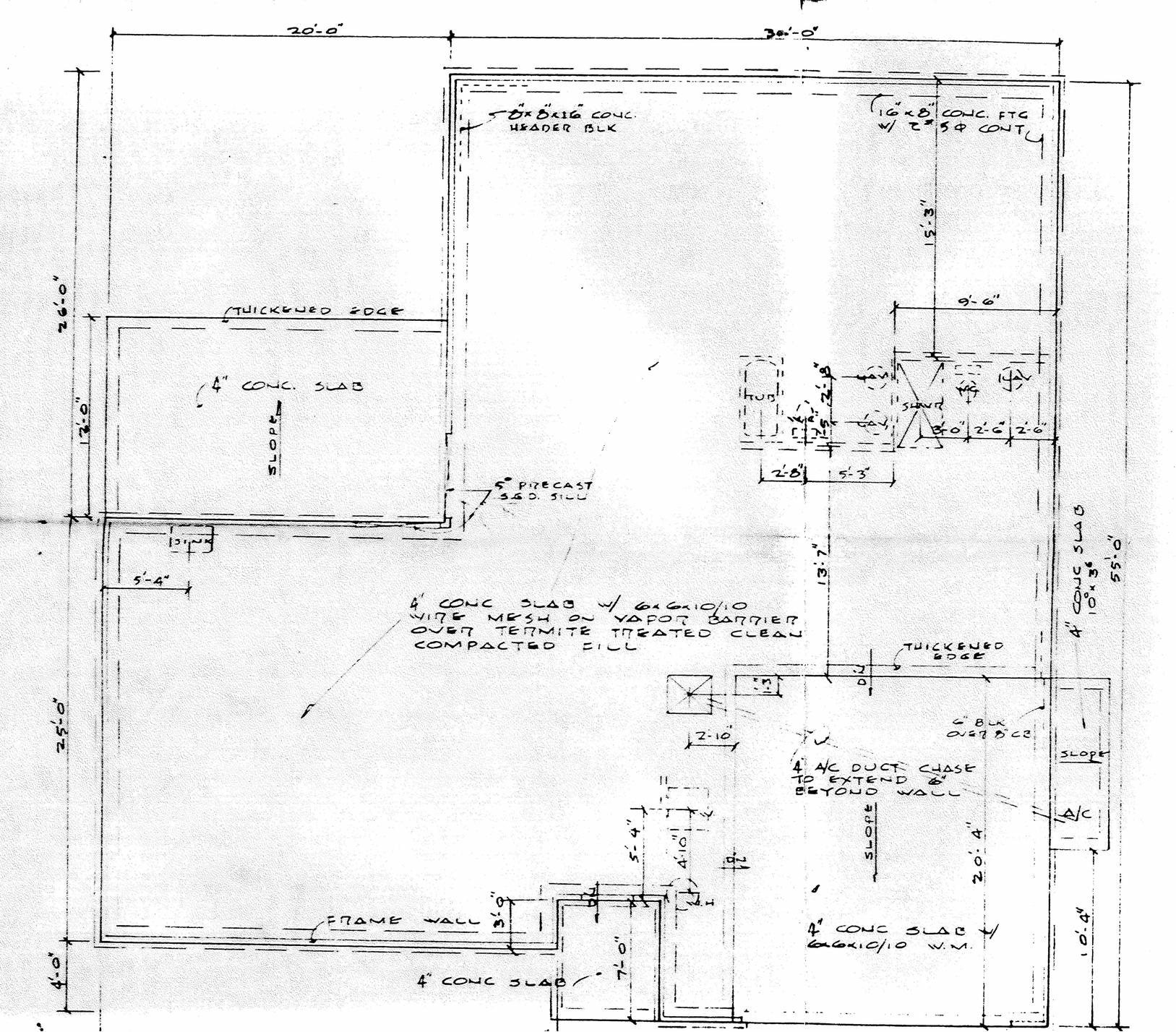 You really want to hire an expert. A house is probably the most expensive thing you will ever own; don't risk it if there is any doubt.

In older houses, walls may be carrying structural load even when they were not originally intended to, due to subsidence or past modifications.

Note that even load bearing walls can be opened up, by putting in a beam to take up the load and columns to transfer that load to adequate supporting points. Did that in my place, opening a 10-foot-wide passageway. But that really calls for an engineer to determine what will have to replace the wall, and involves building a temporary wall alongside it to take the weight during this process.... In my case the final result needed a double Paralam beam across the opening (equivalent to a hardwood 12x4 beam?), similar manufactured-lumber columns from that down to foundation and joist, and we had to sister that joist with a steel C-beam in the basement to help transfer load to the foundation and main beam. Definitely not something to attempt without expert on-site advice.

My own house has double Fink trusses for most of the roof and in reading about the forces in trusses it is clear that the bottom chords of the trusses (serving as ceiling joists) are supported by the webbing and not from below by perpendicular interior partitions. In fact the bottom chords should be attached to partitions with slip fittings to allow the joists to rise above the partitions when temperature and moisture differences cause the trusses to deform slightly.

However, the perpendicular partitions may provide lateral stability and you should get a professional opinion on the effect of the removal of this partition. Maybe a perpendicular 2 x 4 or 6 on the top of the ceiling joists would supply this, but without limiting "breathing" of the trusses. But see http://seblog.strongtie.com/2015/10/accommodating-truss-movement-besides-vertical-deflection/.

There is also the question of what removing this partition would do to the ability of the trusses to resist certain live loading conditions like a windstorm or roofers piling loads of shingles or sheathing.

Editing Putting 2 x lumber above the lower cords of the trusses is probably a nutty idea. In a redo near me of a 45-year-old house with trusses similar to mine, walls were removed to make a large open space similar to what you want and engineered beams put in. These project down maybe 10" from the lower chords of the trusses and are supported by posts.