New owners of a row home going through it one room at a time... We decided to tackle the master/front facing bedroom first. It has wood paneling (70/80ish) and I am pretty sure the walls behind are plaster on brick on the exterior wall. thinking to either do foam panels or put up studs and batting - then drywall on top of either one. This is what I am looking to do on the exterior/façade wall, but I am concerned about the two window.... Since I am adding a few inches to the wall the windows will be a few inches deeper. Do I need to reinstall the windows within a deeper frame?

I have done a similar project. Generally, when the wall thickness is greater than the window frame, you install boards as a box to "thicken" the install. That is, you don't have to touch the window proper, but replace the case. It's a bit easier to visualize after you've done your demo.

The quick and dirty solution in an image: 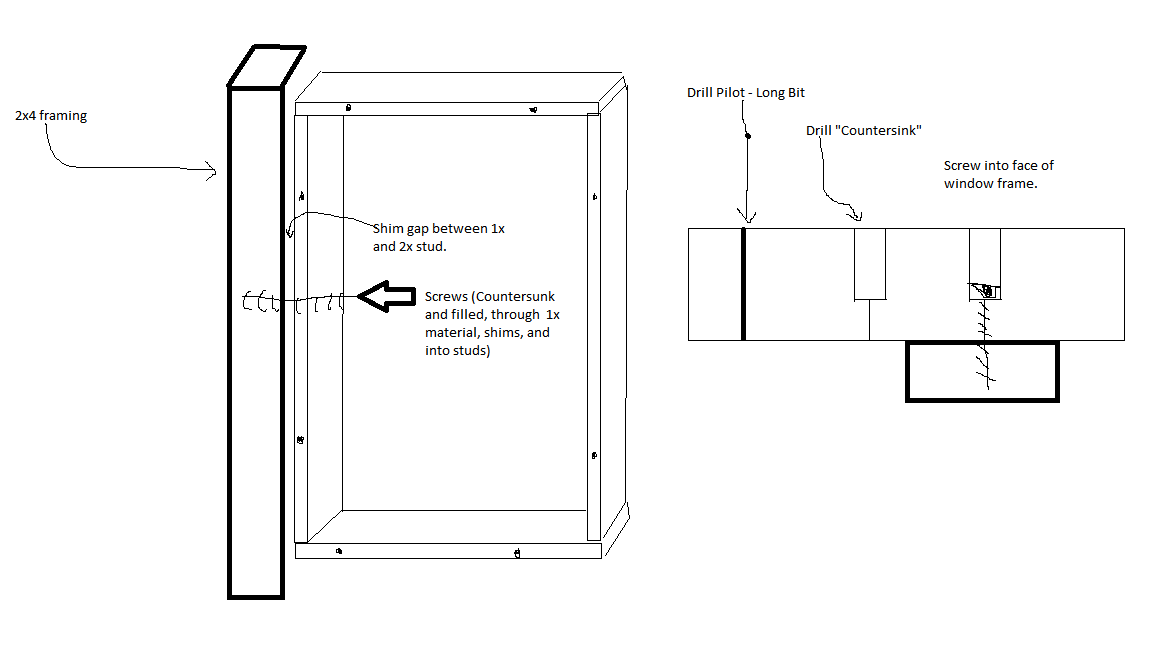 Not knowing the age of the home, most row homes have the windows set directly to the brick. You can add framing to carry the new/salvaged trim around the windows. After the insulation is set a "jamb extension' is added to the interior edge of the window to increase the depth of the window on the interior side. Add a picture of what you have and I or others can elaborate more.

4
How should I insulate the walls and ceilings of this 1920's semi-detached brick house?
2
spray foam personal protection
2
Bunch of insulation questions
3
What to insulate first? Attic, walls, kneewalls?
2
Semi-finished basement, water-resistant “baseboards”?
2
Should I leave faced fiberglass in my basement energy walls or replace it with rigid foam?