I need to have attic access in my bonus room. The space above the ceiling is very tight, but there is inadequate insulation and I need to add support for a projector. I will be crawling around up there as I'm 6' tall.

I've been nervous about cutting a hole but it is time. I wanted to get opinions on where to put the access. 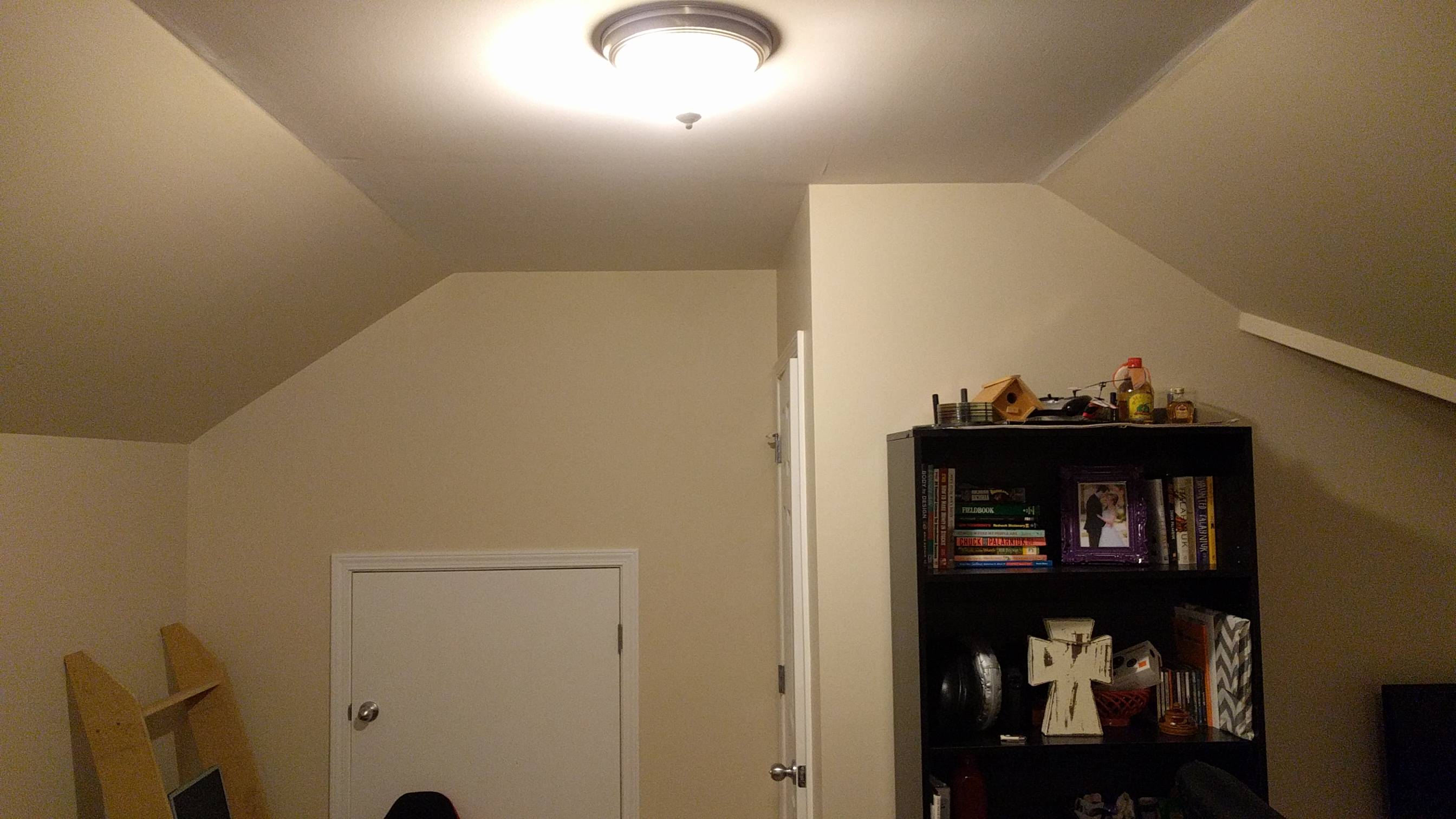 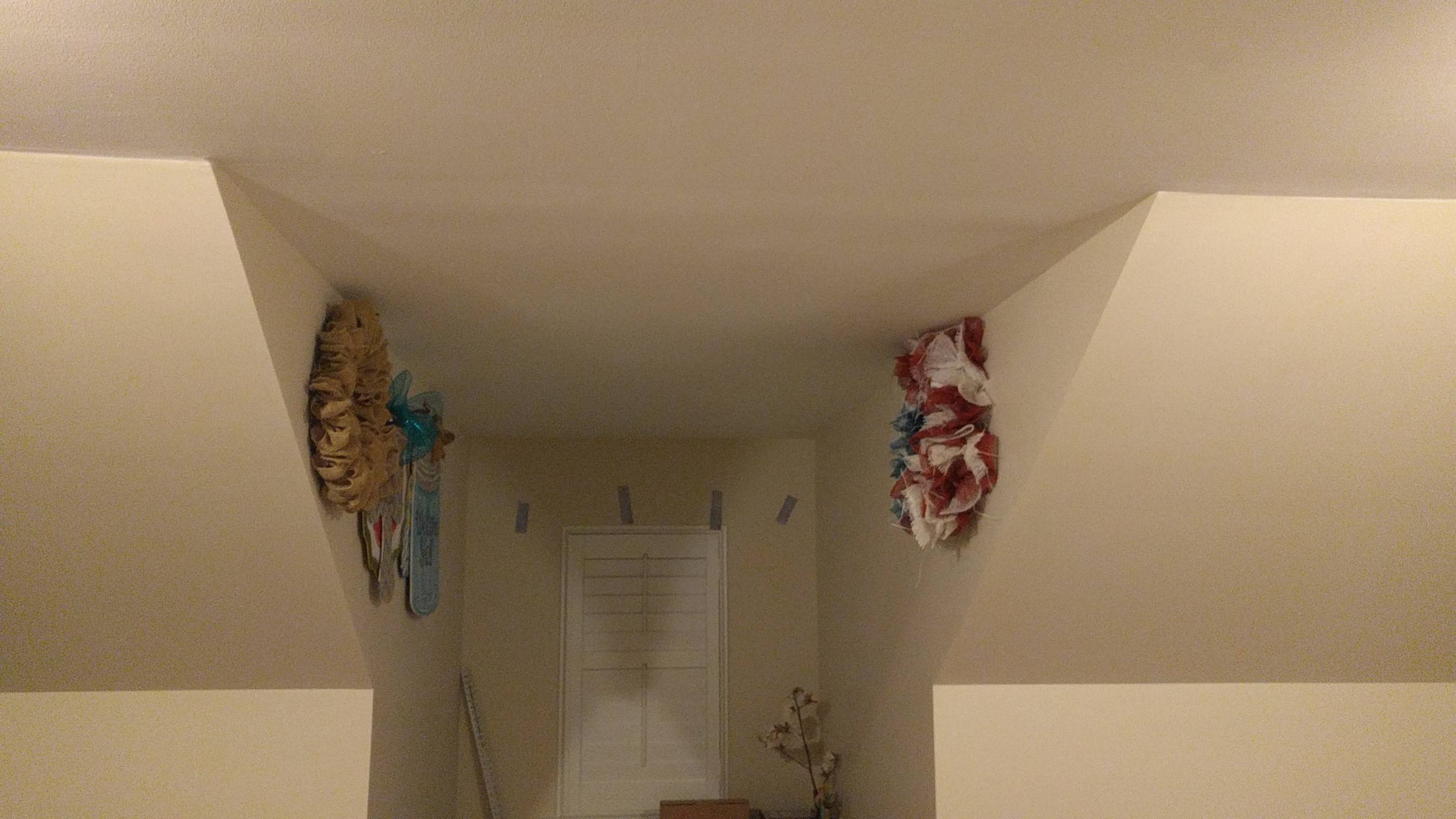 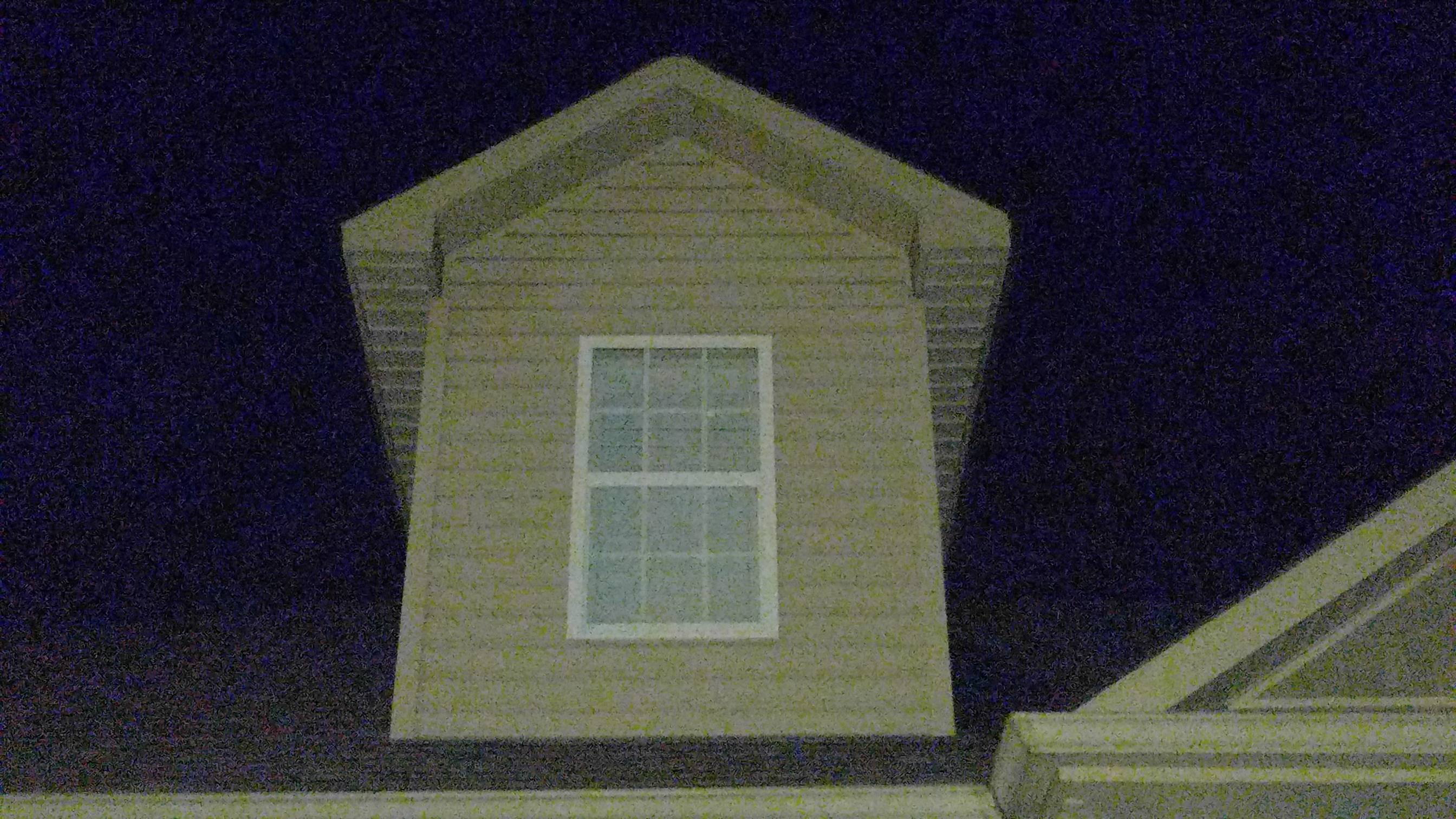 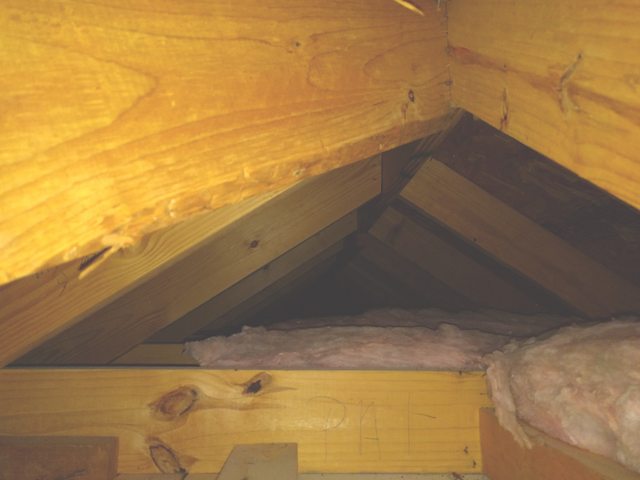 That looks to be VERY little space and a one-time need, so I'd just hack (neatly, with an eye to the repair that comes later) enough holes in the drywall to do what you need to do, (from below, standing on a ladder or platform) and then button them up. While I hate this approach IN GENERAL, for the specific case of a TINY attic space that will end up pretty well full of insulation (hopefully with vent channels along the roof deck) there is no conceivable need for a permanent access hatch, and drywall repair is going to be a lot cheaper than a virtually useless attic hatch/ladder. It's pretty obvious from the first picture that there's hardly room to crawl up there (and probably not really enough room for a good insulation job, at a guess.)

Alternate approach judging by the doorway/frame height would be to run new ceiling joists below the current ceiling, move the light fixture(s) down to that, build in the projector reinforcement of the your dreams, and insulate the newly gained "attic" space between it and the old ceiling. You probably can't do anything useful to the sloped sections unless you are willing to lay foam sheets and more drywall over them, losing a bit more space in the room. You could still open up the original ceiling and do what you can do for the insulation above it, but rather than repairing its drywall, you'd just do the new drywall on the new, lower ceiling.

Unload the room and cover the floor before you start cutting - it will be messy.

Not the answer you're looking for? Browse other questions tagged access-panel attic-door or ask your own question.

2
What can I use for a very small access panel?
1
Is an electrical blank (or anything you have to screw off) an acceptable access panel?
0
Attic door panel chain pulled off
0
Convert drop ceiling to drywall but with plumbing access
1
Add a ceiling access panel above shower valve area for future plumbing access?
0
How to safely make space for attic ladder installation
1
Adding a second hatch to the attic
1
Install New Attic Access Ladder Perpendicular to Joists
0
How to fix attic door which doesn't shut completely