Buzzing sound from junction box when dimmer switch is on

I replaced my dishwasher a few days ago. The old one didn't need / use a ground, but the new one does. The old one was coming through a junction box that then went along to a dimmer switch, with 3 wires running to it. I measured with my MM hot - neutral and got 120, then hot to third wire and got 120, then again neutral to third wire and got 0 also. I assumed that that was the ground wire and spliced in a wire at that junction running it to the ground wire of the dishwasher.

Dishwasher works fine now. However, when I turn on the dimmer switch, there's an audible buzzing sound and the lights don't come on. The dishwasher continues to work (or at least stay lit) with this switch on.

What did I mess up?

It's possible that the cap I used to splice the ground wire in was too small for 3 wires. Would this behavior be consistent with a loose ground connection for a dimmer switch? 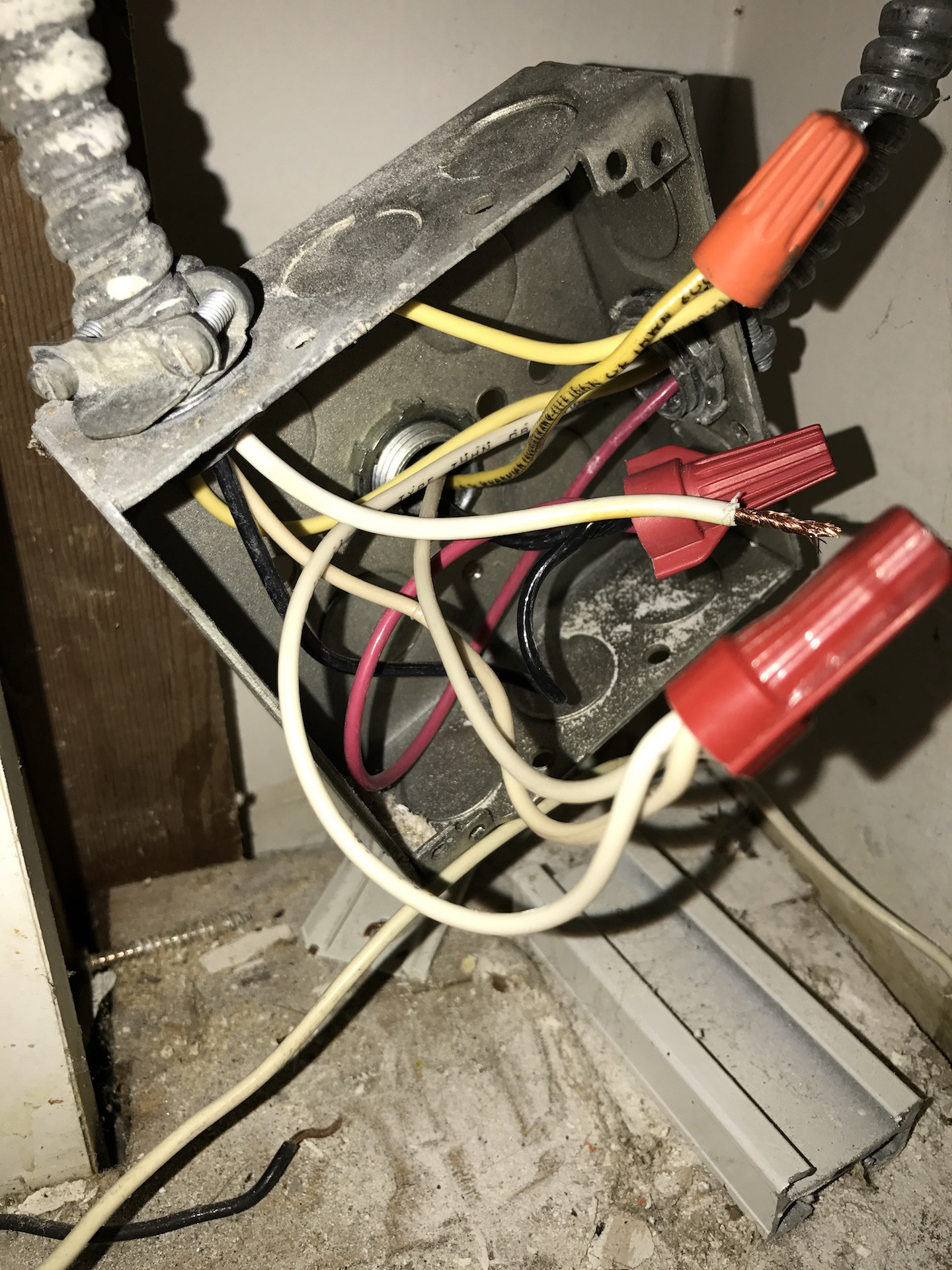 Center hole - in from the wall. White, Black and Yellow wires. Conduit to the right - goes to dimmer switch. Conduit up goes to the new dishwasher box. It looks like there are 4 wires running to the DW box, there aren't. The yellow just loops past it. I'm using a scrap of white wire for the ground (I know, I'll fix it - all I had at the time).

Yellow is indeed not a ground

Your house was wired up using conduit (rigid and flexible) instead of cable -- therefore, the electrician could use whatever wire colors he so pleased (with the only ones off limits being white, grey, and green) instead of being stuck with the NM-cable defaults. Furthermore, the conduit itself is a grounding conductor, so there's no need for further grounding wires running inside it.

So, simply use a green or bare jumper to a grounding screw in the box (there are dedicated holes in the back for a standard 10-32 grounding screw) to ground your dishwasher. And the yellow is likely a switched hot indeed -- the buzzing was the dimmer's way of complaining about the wiring.

1
Light fixture buzzing sound
1
Downgrading from a dimmer to a switch
0
Replace 3-way Dimmer with Timer Switch
3
Dimmer switch is buzzing at one location but not at another
6
Grounded light switch box with no ground screw/wire
2
Ceiling junction box has 6 wires?
0
Light Fixture Junction Box with Remote Switch
2
Is my plan to add a neutral wire to a switch box ok?
1
Dimmer with ungrounded box
0
Buzzing sound from ceiling light fixture. Can the source of the problem be the dimmer?