Can I use a Honeywell thermocouple in a State water heater?

I have a State water heater that's around 13 years old. About a month ago, the pilot light went out randomly and I was able to relight it with no problems. A couple of days ago, the light went out again but I was not able to ignite it again using the built-in igniter. After some research, it seems like the likely culprit could be the thermocouple. The model number of the heater is GS650UBRT100.

I found the parts catalog and was able to find the original part through Sears PartsDirect (http://www.searspartsdirect.com/part-number/9000056015/0042/153.html). However, if I order it now, it probably won't arrive for another week.

The Home Depot has a generic thermocouple by Honeywell, and I was wondering if I can use that instead: http://www.homedepot.com/p/Honeywell-24-in-Universal-Gas-Thermocouple-CQ100A1013/202216463

The manual refers to my water heater's part as a thermopile, but the parts catalog says it's a thermocouple, so I'm confused as to what it actually is, and if it's interchangeable. Would I be ok with getting the generic thermocouple for my specific water heater? It says it's for 30mV systems, but I can't find the specification for my specific model.

Also, what are the chances the problem is caused by another part, such as the pilot assembly kit or the igniter? Should I start with replacing the thermocouple and go from there?

On an unrelated note, I've attached a picture of my water heater. I noticed that there's a pipe on the very right with the valve closed. What is this pipe, and why is the valve closed? Thank you in advance. 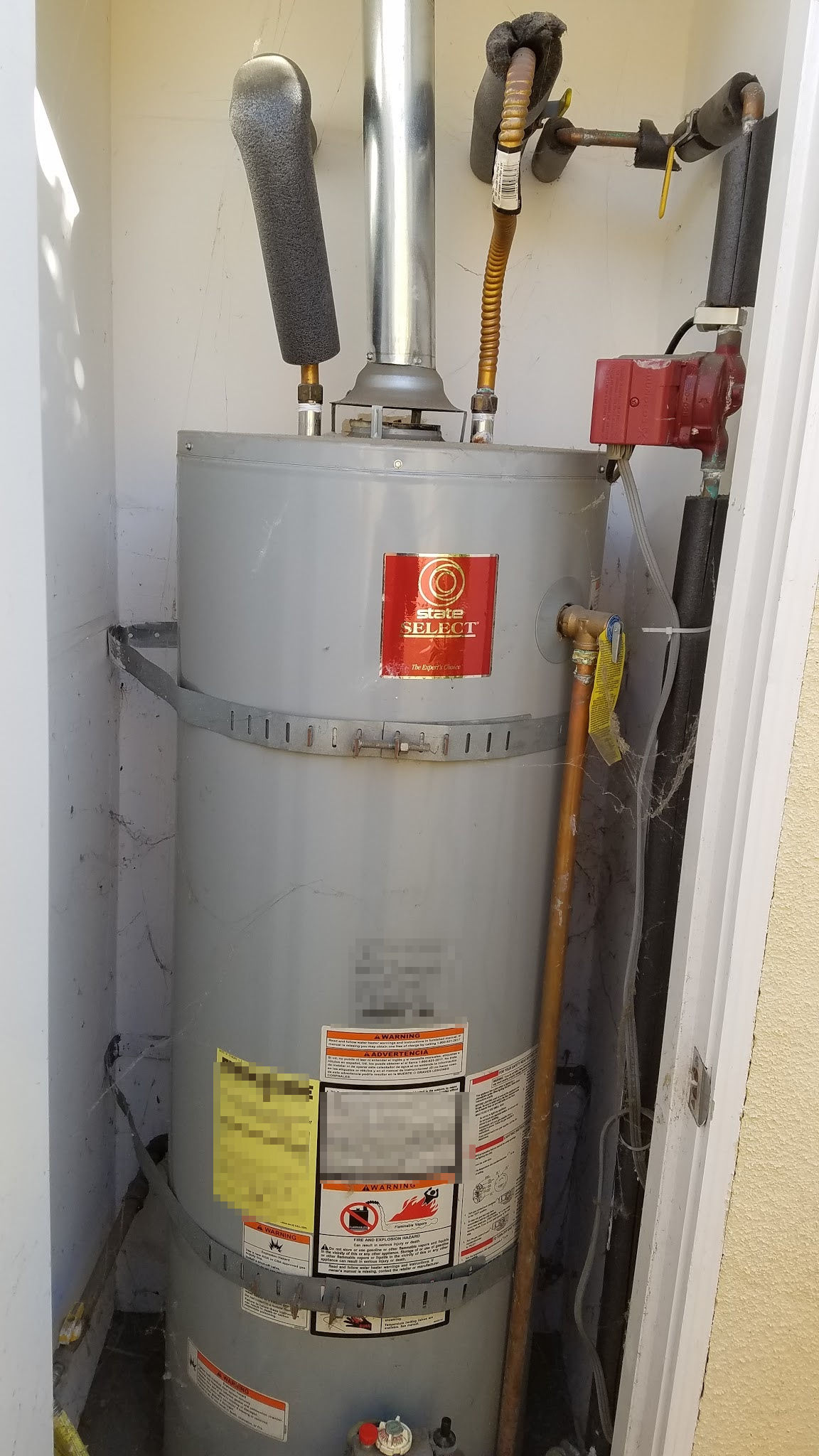 First, I agree with the above comments: I use a 400 fine-grit sandpaper to clean off the existing thermocouple tip and I clean off the pilot tip as well.

As a separate precaution, I would check the spark on the igniter assembly by disconnecting it then watching for the small blue spark at the hand-button (DUH, only after turning off the gas!)

Yes, you can use the Honeywell 30mV t-couple with the State if/when the threads in the gas control valve seat fit.

Lastly, note that some State water heaters have a high-temperature shunt soldered in-line with the thermocouple. These are a retrofit part to repair problems in hot-weather climates (like Arizona and Southern Nevada.) In that case, the thermocouple with the shunt 'ignores' high ambient temperatures in garages, etc. I have had to replace my State water-heater thermocouple a few times because the shunt resistor cracks. Of course the cracking problem only occurs in cold, winter temperatures.

The parts list for your heater is found here; and it looks like yours (at least originally) did not have the high-temp shunt resistor version of the thermocouple. Your thermocouple #9000056015 is manufactured by AO Smith and (for example) could be purchased here or elsewhere.

Bottom line: go get the Honeywell and a 2nd push-button igniter; order a 2nd AO Smith thermocouple online; clean and test your existing ones if you are up for it....please post back your progress.

Thermocouple's and thermal piles are the same thing in this case (like Ford and Chevy). As long as the base threads into the valve and the tip can be placed in the flame it should work.

Had a state water heater with similar symptoms. I tried to get new thermocouple from local plumbing supply store. They quoted me $99!!! I told them it's around $30 online, they got upset with me.

I noticed that the burner assembly had been jury-rigged and previously someone had put in universal thermocouple from Honeywell (tisistor was cracked but wires were cut and was isolated.

So I put in anotger Honeywell thermocouple, worked okay, few days later, problems. A plumber friend came by and said it maybe that my vents are clogged. Vent was fine but the water heater had an internal air filter. Was clogged with animal hair (maybe prev owner had a cat?). It's now working fine.

Not the answer you're looking for? Browse other questions tagged water-heater thermocouple or ask your own question.