I'm in the UK, using an ancient tempermental Potterton EP3000 boiler programmer, but I have a brand new Horstmann C27 which I'd like to replace it with.

Apart from the mains supply, there are three different cables going into the EP3000 backplate, of which one (from the boiler next to the programmer) has four sheathed wires plus an earth.

The other two cables (from upstairs where my hot-tank and pump are in an airing cupboard with the house thermostat just outside) have three sheathed wires. One also has an earth going in the backplate.

The programmer itself only has pins into terminals L N and 1 2 3 4 5 on the backplate, where terminal 2 is unused. Terminals 1 3 4 each have one wire, but terminal 5 is strapped to L as well as having another input wire. The backplate wiring looks more complicated than it probably is, because a few "passive" connections use terminals A B C D and a secondary N strapped to the first. 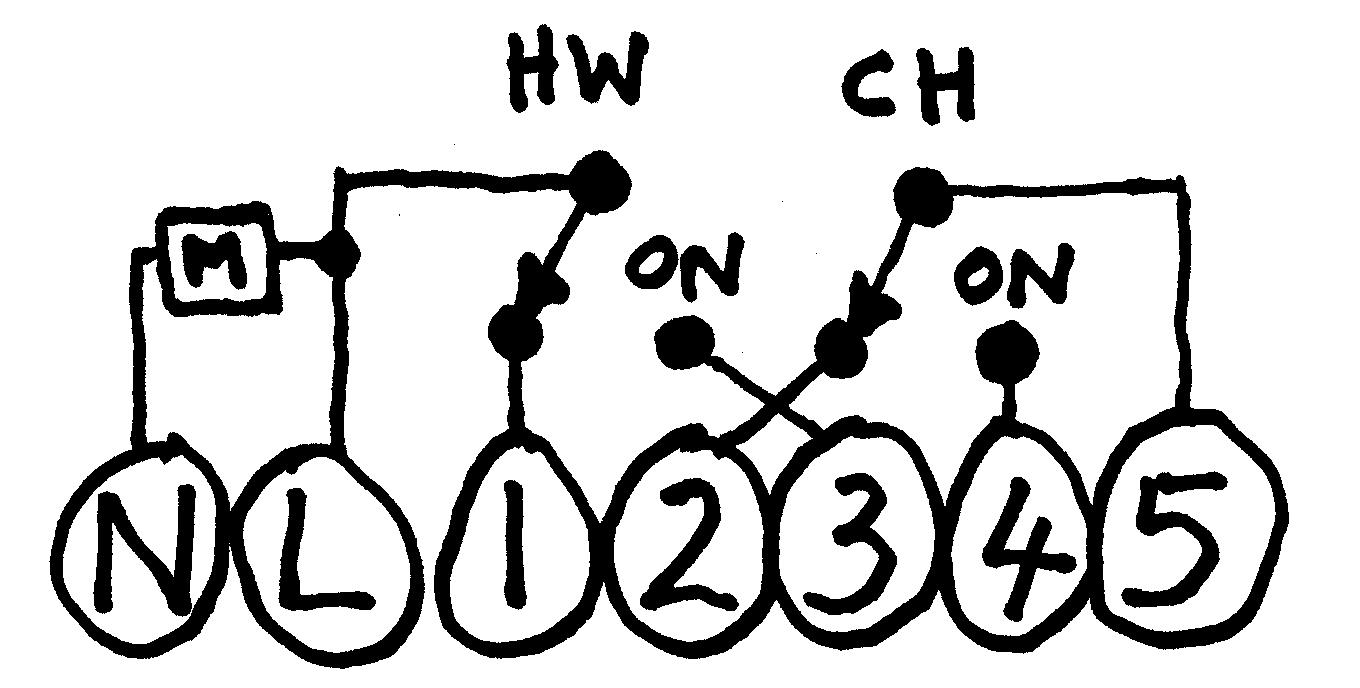 Note that in the above, the circles represent actual contacts on the back-plate. The rest is just circuit diagrams for what goes on inside the programmer.

Can anyone confidently say how to connect the C27 just from the above information? I'm not a qualified electrician, and I wouldn't know how to identify what cables go where around my airing cupboard. I'm kinda guessing I'd just use "chocolate blocks" to replicate existing passive connections, and transfer the wires "as is" for terminals L N E 1 3 4. But I'm not certain of that, and I've no idea what to do with the existing terminal 5 and new 1.

In a nutshell, all I really want is for someone who knows about these things to tell me if I can safely discard the live wire on existing terminal 5 and connect the other one to new terminal 2. Also confirm that all the other connections simply go to the same numbers on the new programmer.

From the Horstmann HEATING PROGRAMMER REPLACEMENT AND WIRING GUIDE. 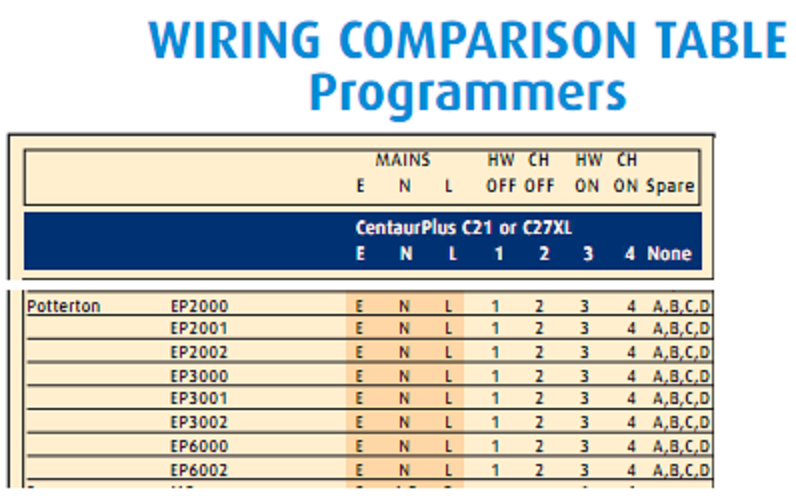 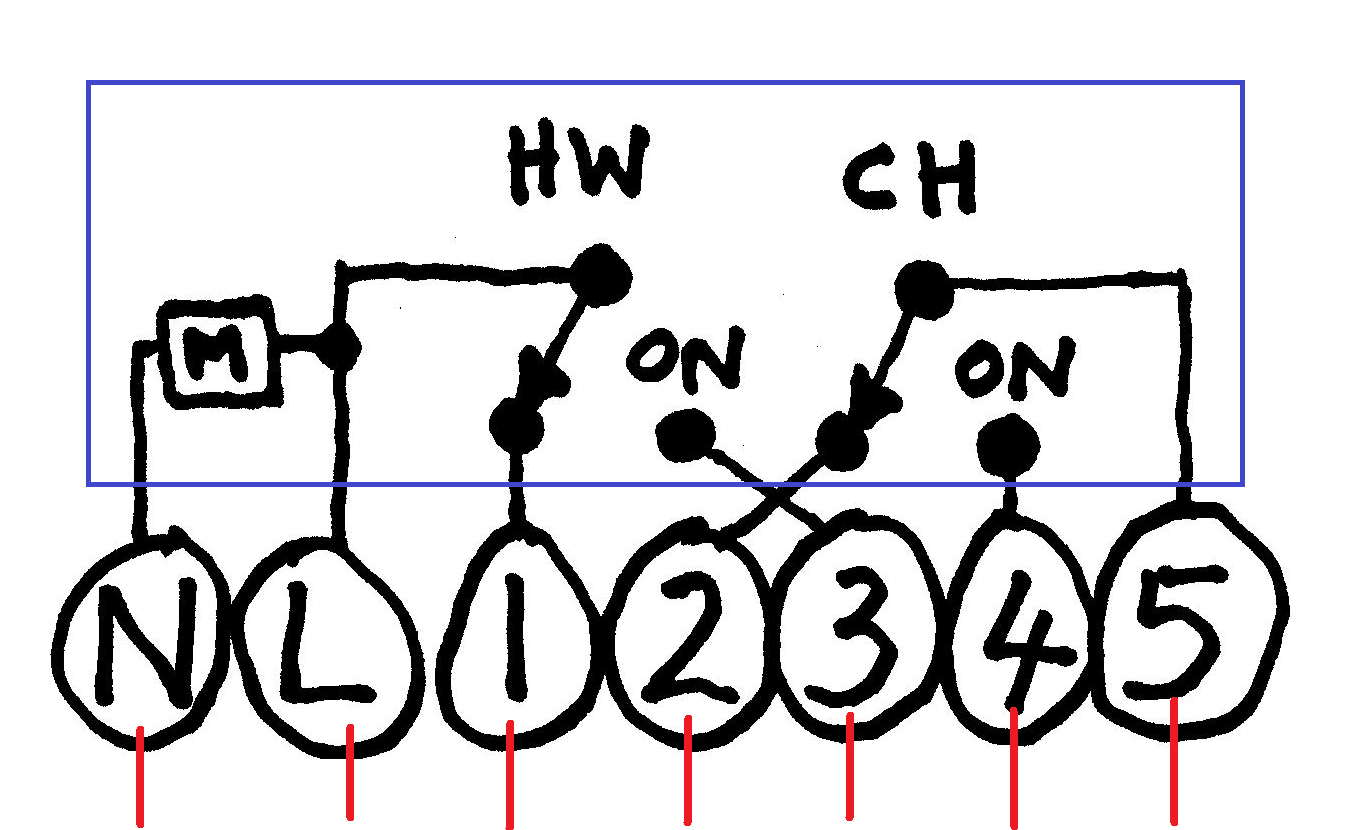 The lines with arrows are probably switches. 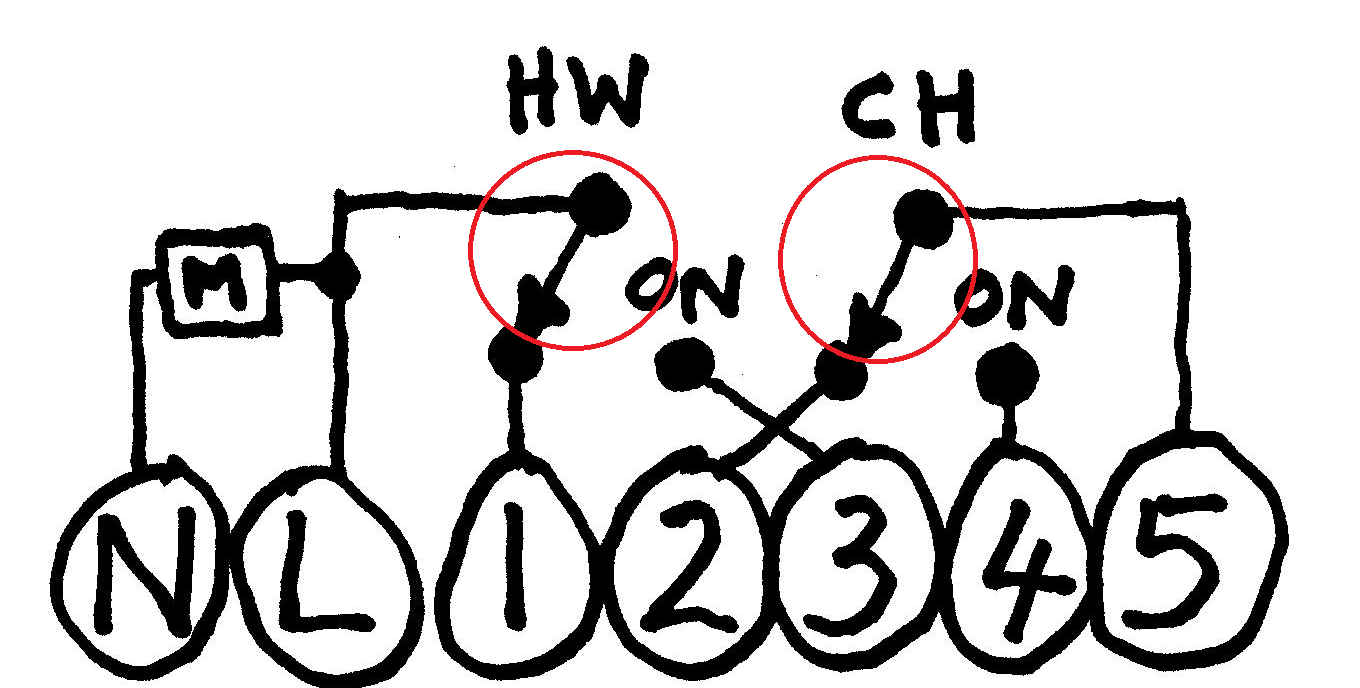 And if both HW and CH were on, it would look like this. 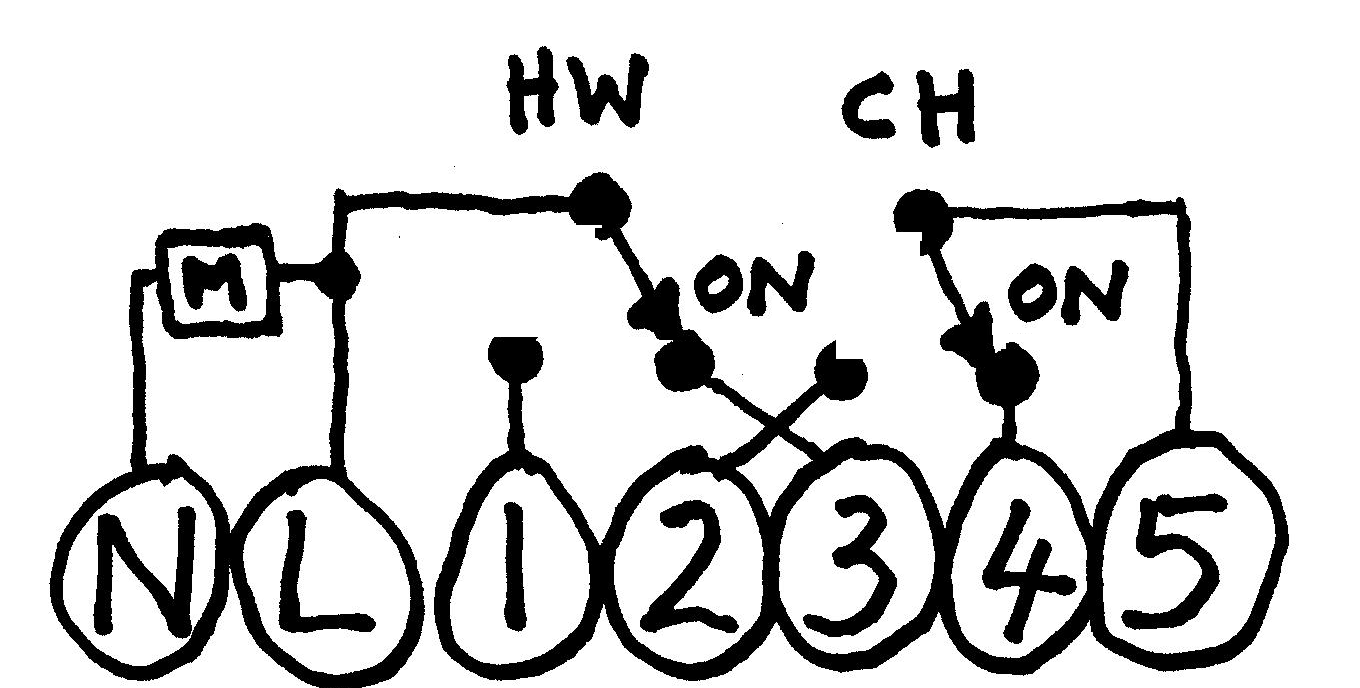 Because of this, 5 has to be linked to L to supply power to CH, like so. 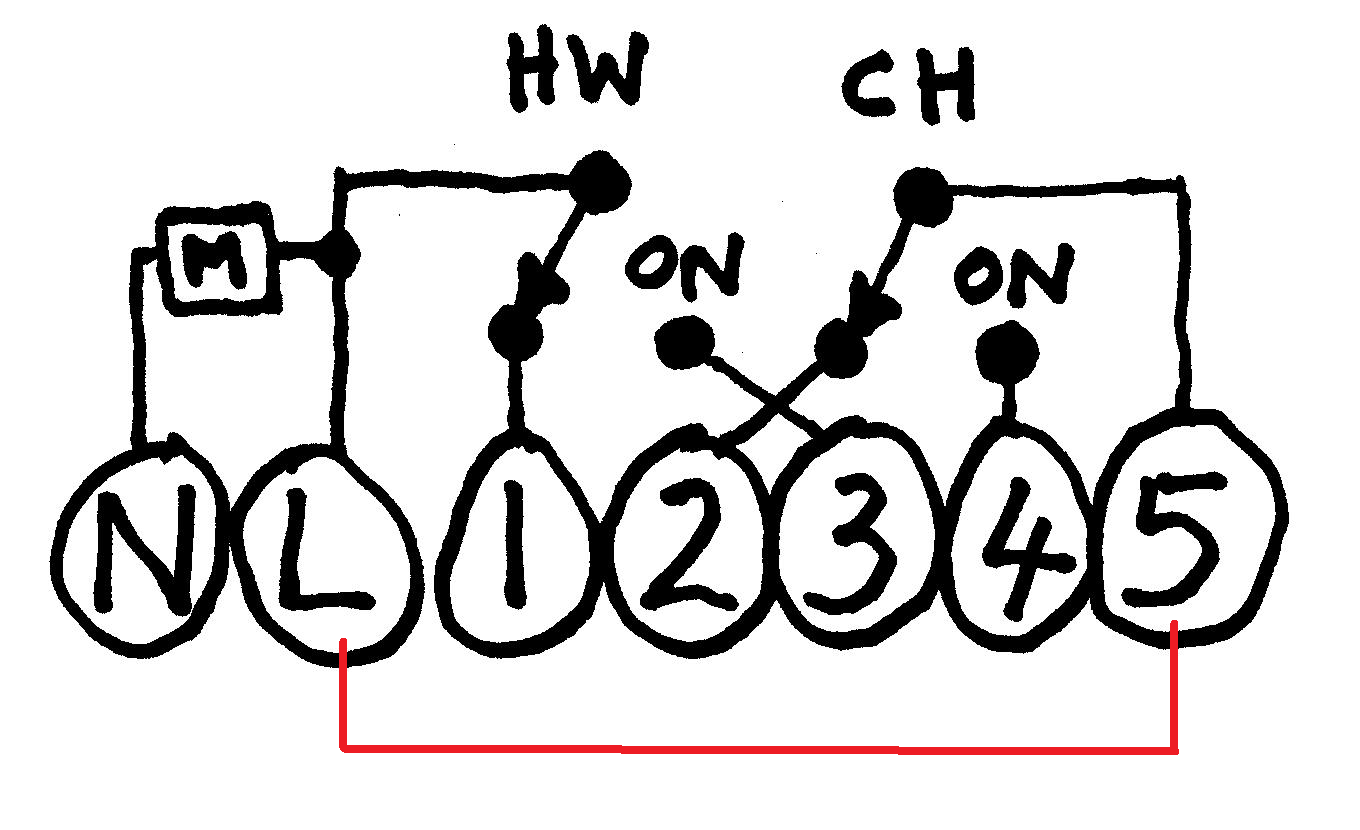 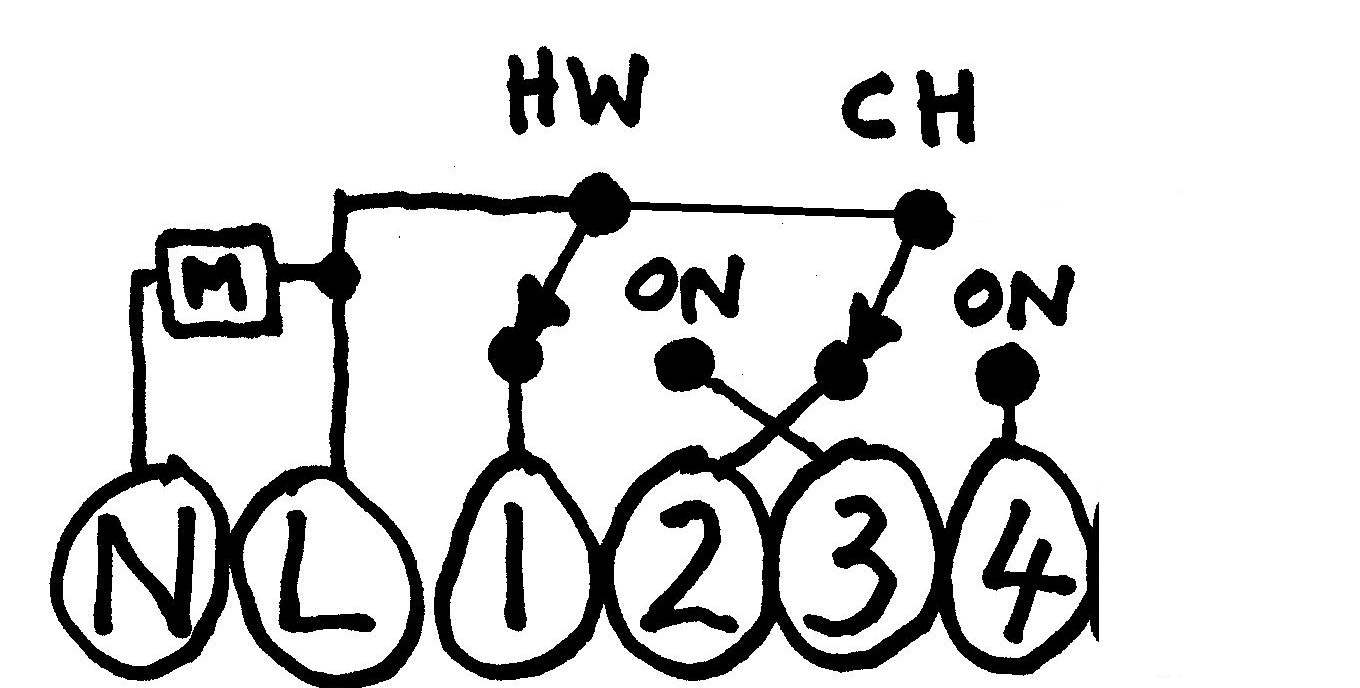 Again, I could be wrong here as I've never worked on a system exactly like yours. After looking at the wiring diagram the arrows are either switches, or diodes. Though, diodes would look more like this ->|- .

Not the answer you're looking for? Browse other questions tagged electrical heating wiring installation boiler or ask your own question.

5
Is it necessary to connect a boiler and gas meter to the main fuse box?
11
How do I identify the C terminal on my HVAC?
0
Where do attach C wire on my boiler?
3
New Thermostat Ecobee3 to Old Galaxy GG-75 boiler - Needs common wire
0
Bypass Thermostat Heating UK
2
Wiring double-insulated (class II) pendant into earthed circuit
3
Please help me understand my HVAC wiring
0
Where do I connect C-wire to Burnham boiler?