What nails or screws to use to support 600 pounds max? Making tree house bed 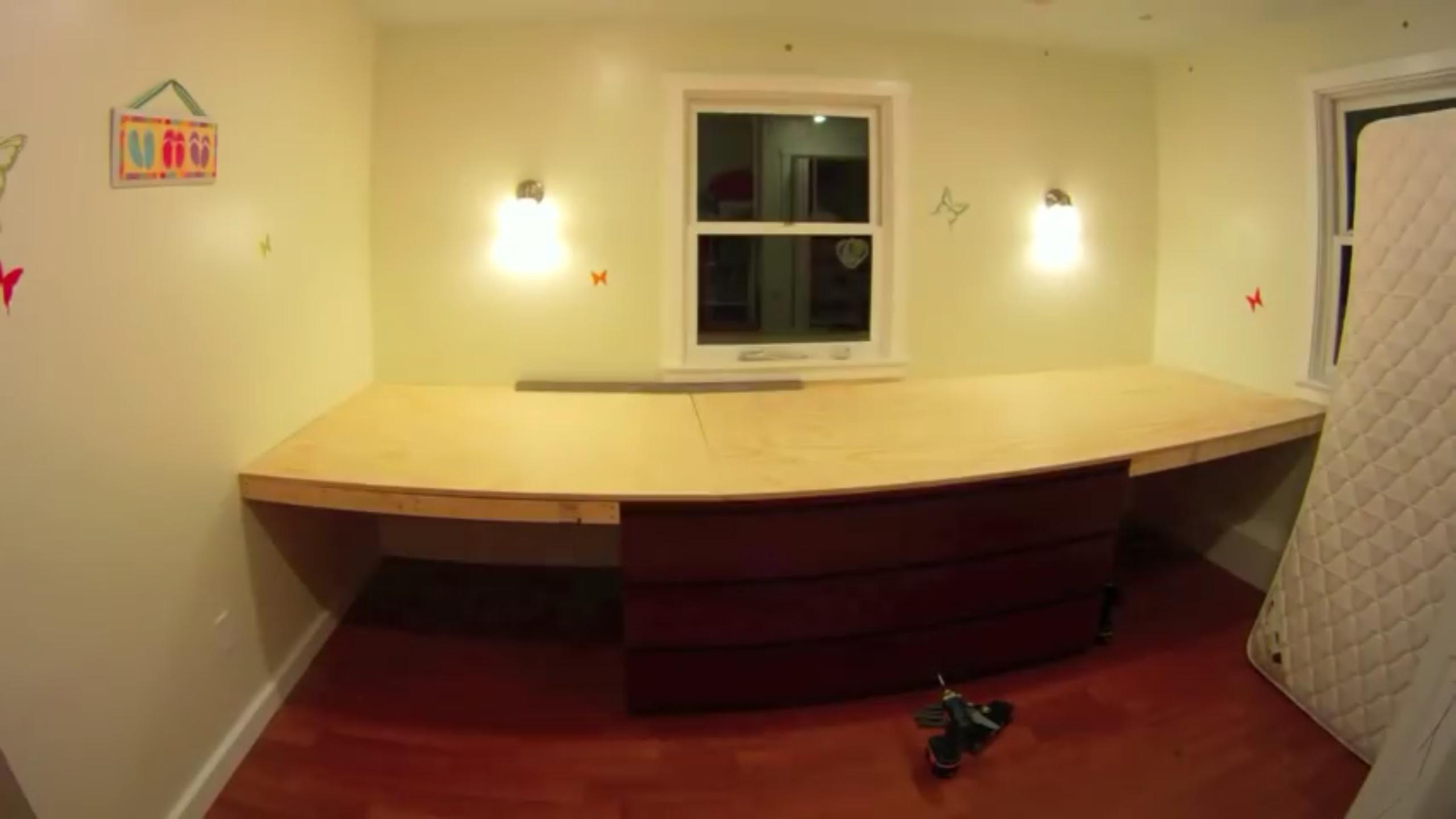 Im making this for my kids. I will post the video so you guys can watch it, and have an idea what im talking about. Just watch the video until minute 2:50 because thats all im doing. The rest will be different from the video..just want to know how much weight can i put on? And what nails or screws to use..? Any help please. Thanks in advance.

Common 3-1/2" gold construction screws (of good quality) are good for 50# or more each when used in solid lumber and penetration is at least 1-1/2". Dividing your bed into two ends, you'll need 6 screws per end to hit your load rating. Considering that you'll probably anchor it along the side as well, you'll have more than adequate support.

Do not use nails for anything that's not intended to be permanent, nor for anything where pullout resistance is critical.

Disclaimer: This assessment is based on several decades of construction and home ownership experience, and not any particular specification or product rating.

A drywall or similar screw could fail, since they're not designed with shear strength (lateral load) in mind.

This is a job for lag screws. If you use a 3" lag screw into the studs, that will go through the frame, through 1/2" or 5/8" of drywall, and more than half the thickness of the stud. This doesn't look very deep, so you'll probably need to anchor it at each stud around the edge of the frame.

Alternately, you can use the newer "structural screws" which are more expensive, but require less pre-drilling. Either way, if anchored securely to each stud, the load limit of the fasteners will be higher than the load limit of the bed frame itself, since the cross-pieces are screwed in.

Here's a link to some more information about the differences and relative strengths. http://www.familyhandyman.com/tools/structural-screws-vs-lag-screws/view-all

And using a stout dresser as a support is wise, it will handle the outside load by compressing downward instead of shearing against the wall. This plan, if assembled correctly, should easily be able to support several hundred pounds.

Not the answer you're looking for? Browse other questions tagged wood screws nails or ask your own question.

7
Why should I use advanced nails instead of wood screws for strength?
18
Should I use nails or screws to refasten my subfloor to the joists?
1
Bathroom subfloor replacement
4
Rebuilding an exterior deck is it better to use screws or nails?
1
Replacing a cabinet face
1
Installing pull-up bars. Will this design hold?
0
Plaster identification and screw recommendation
5
Deck Posts Were Covered With Dirt, Dealing With Rot
0
Wall-to-wall desk with battens