My husband and I own a Kenmore slide-in glass-top oven, model 790-46359400. Recently, my back right burner stopped working, so we ordered a replacement and put that in. The new burner works fine, but now we have a bigger problem: using any of the four burners for a few minutes results in a loud POP from the active burner and the stovetop shorting out.

When we look at the burner we were using, we see scorch marks on the wiring and harness. While replacing the original faulty burner, we removed the glass top itself from the oven instead of removing the assembly underneath. We think that the newly-loosened top is bumping/pressing on something.

Replacing this stove is not cheap. Anyone have any idea why we're getting the short, and what we could do to fix it? We have some ATV high temperature sealant coming from Amazon that we plan to use to reattach the glass top. Is that enough, or do we need to do something else?

It's practically identical to this one on Sears.com.

Thank you in advance! 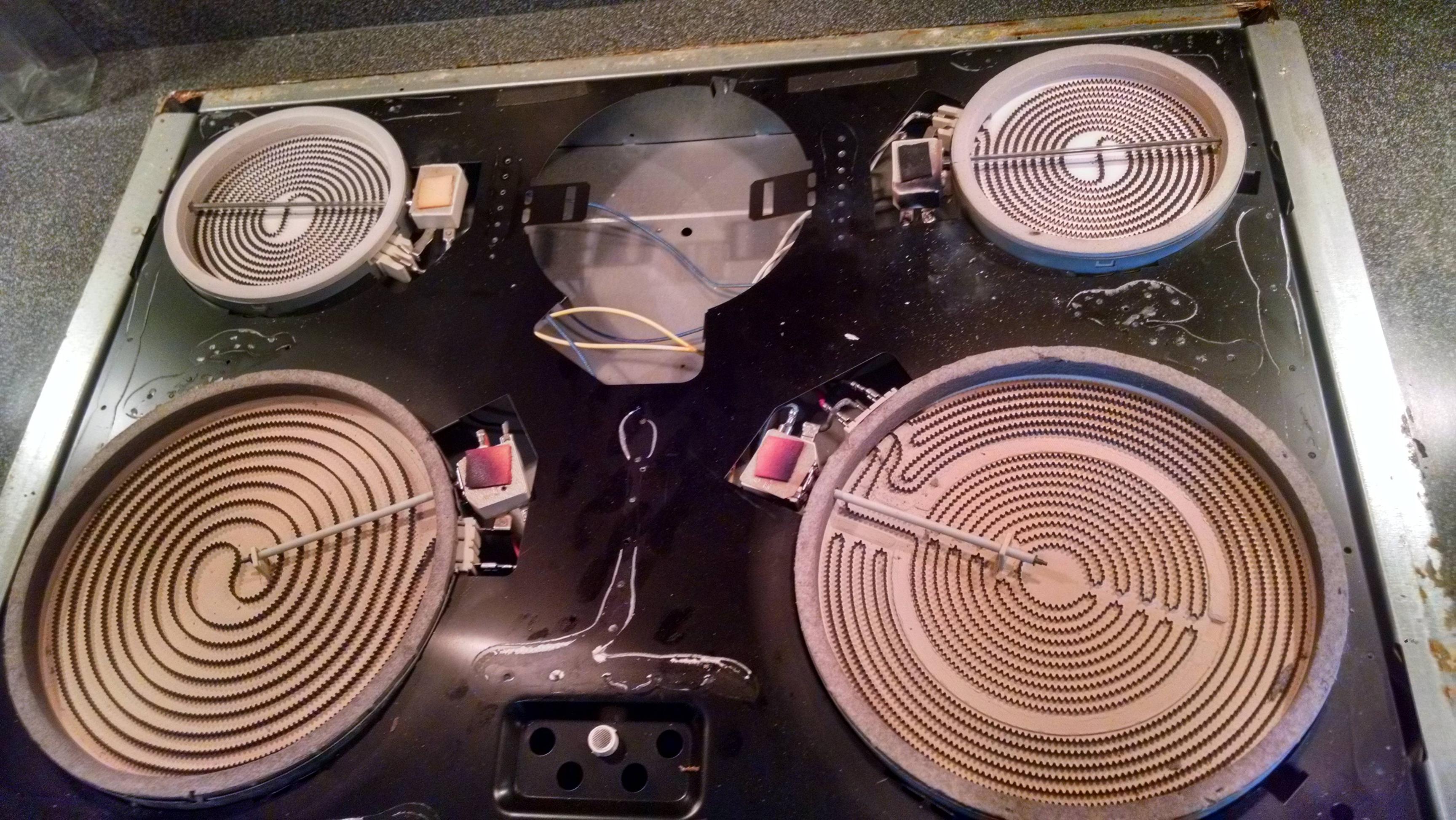 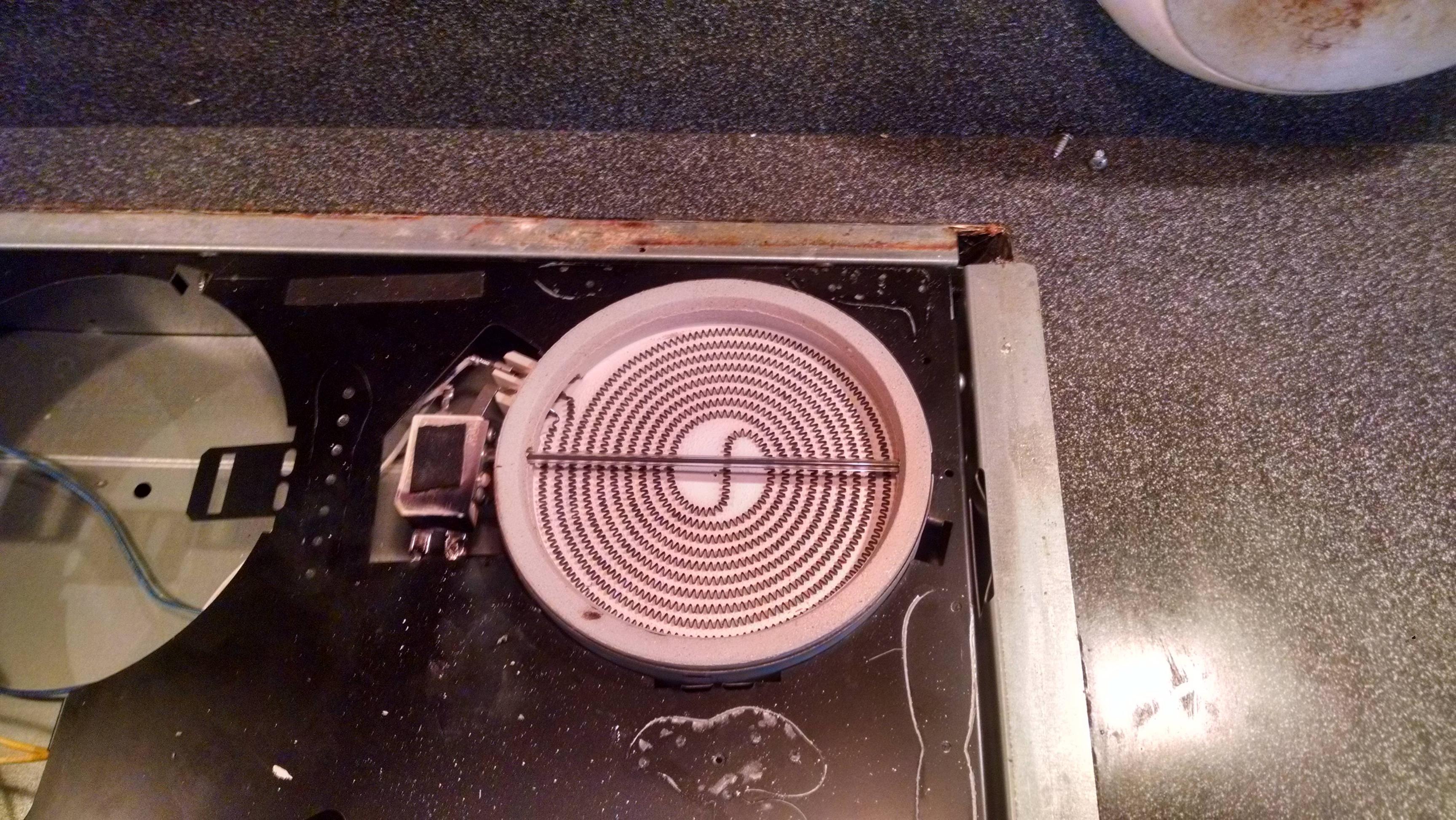 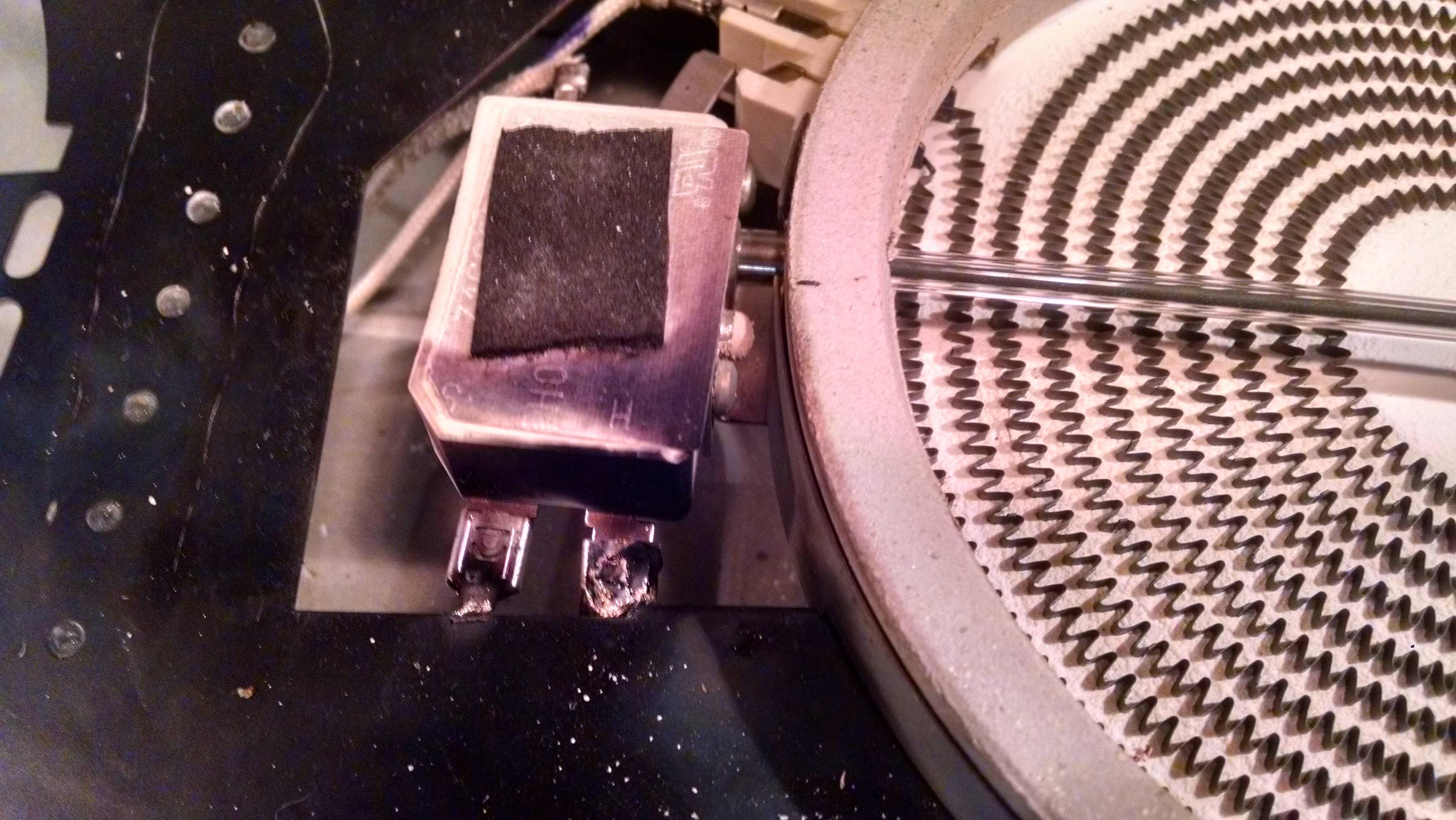 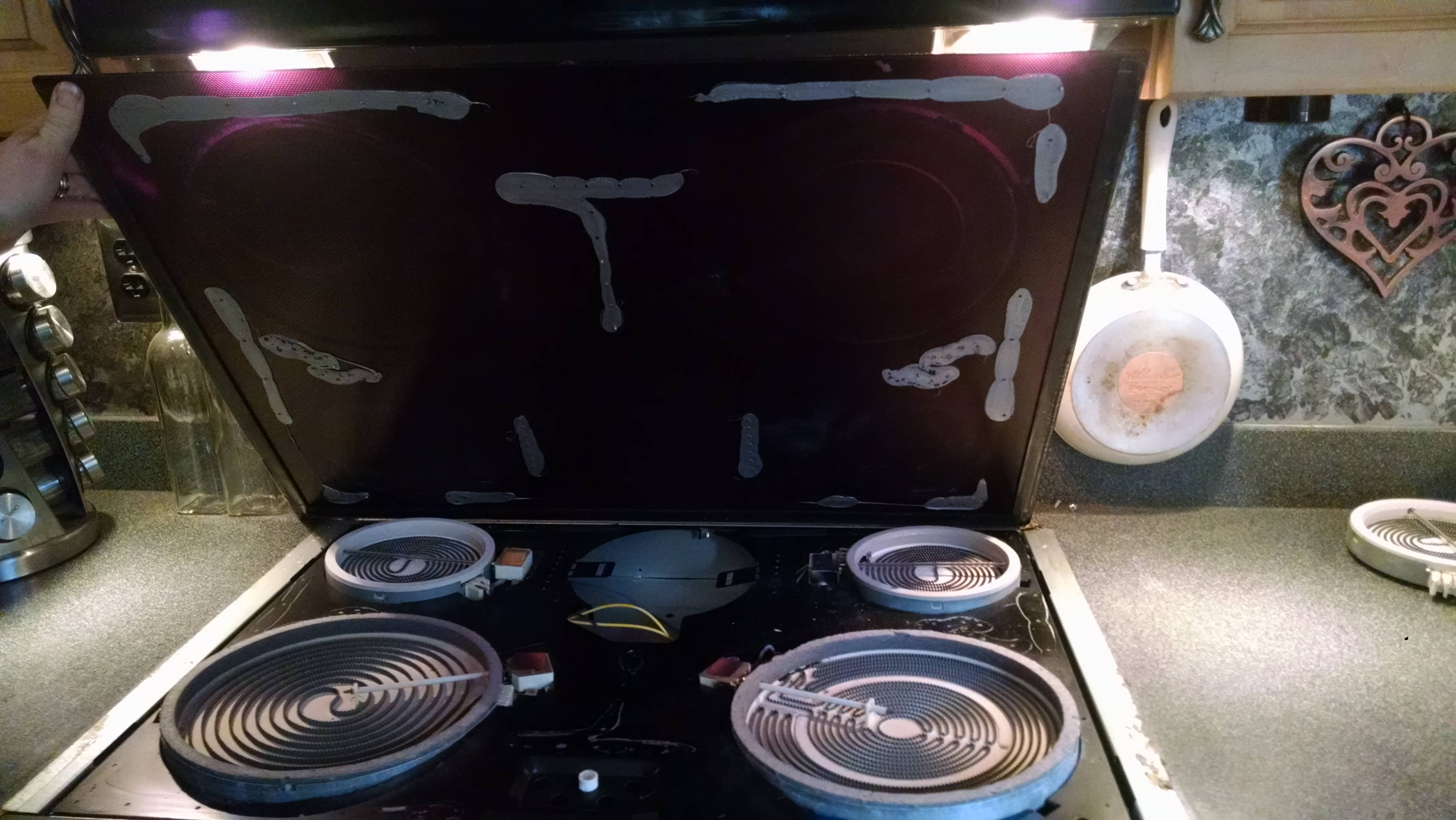 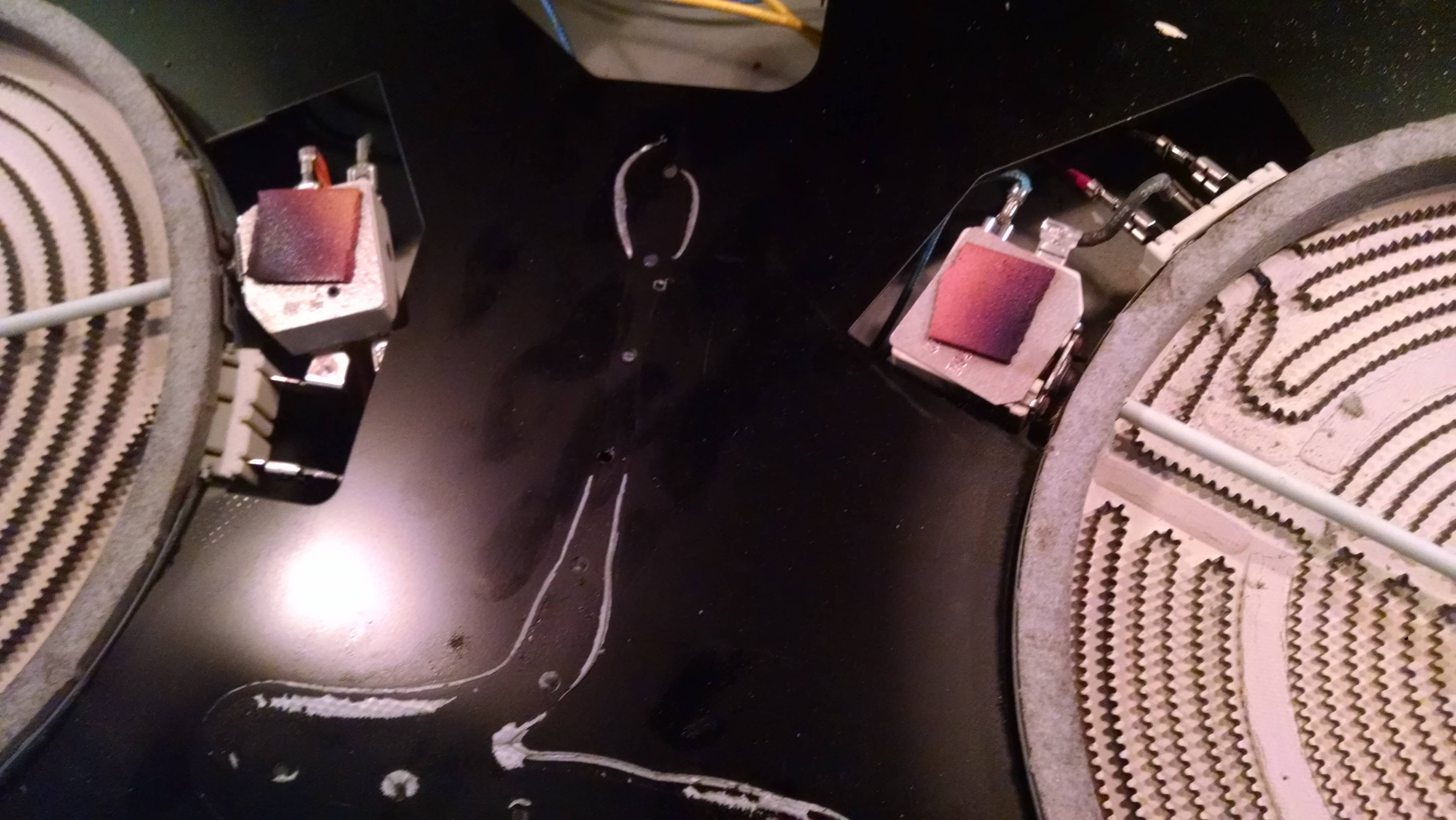 The damage to the wiring in your third picture is the reason the stove is shorting out. You can see the metal wire terminal has melted. This is because it is much too close to the black metal frame that is surrounding it.

When using the stove, the movement and vibration cause the terminal to touch the frame and short out. You will have to move this terminal away from the frame to solve this problem.

However, from the picture it looks like the terminal is compromised. Due to parts of it being melted, and the carbon build up from the arc flashes, this could now be a poor electrical connection, which could lead to further issues/failures of this burner down the road.

You will likely have to crimp a new female sta-kon connector onto the wire connected to this terminal, and at a minimum clean the carbon off of the terminal itself. If the terminal is damaged to a point where the wire does not attach snuggly, you may have to replace the element.

Not the answer you're looking for? Browse other questions tagged electrical oven range or ask your own question.

2
Mount Gas Oven Range
1
electrical range - oven temperature not set
4
Gas stove whines/hums - is this a safety concern?
0
adding an electric range/oven in house with only 100amp main service?
0
The oven in my range has stopped heating up, but the burners still work
1
New oven/range wiring
0
Can I add insulation to the top of my oven range (under the drip pans)
1
The front of my stove top gets very hot when the oven is on. This is an electric range with smooth glass top