I have this surface mount wiring connected to an outlet through the bricks (bottom-middle in photo). I would like to branch from this to add a switch (through bricks) and go straight up into the ceiling & attic in order to install a ceiling light on the other side of the brick wall. My city uses the 2011 NEC. How should I run the wire into the switch and up into the attic to be compliant? 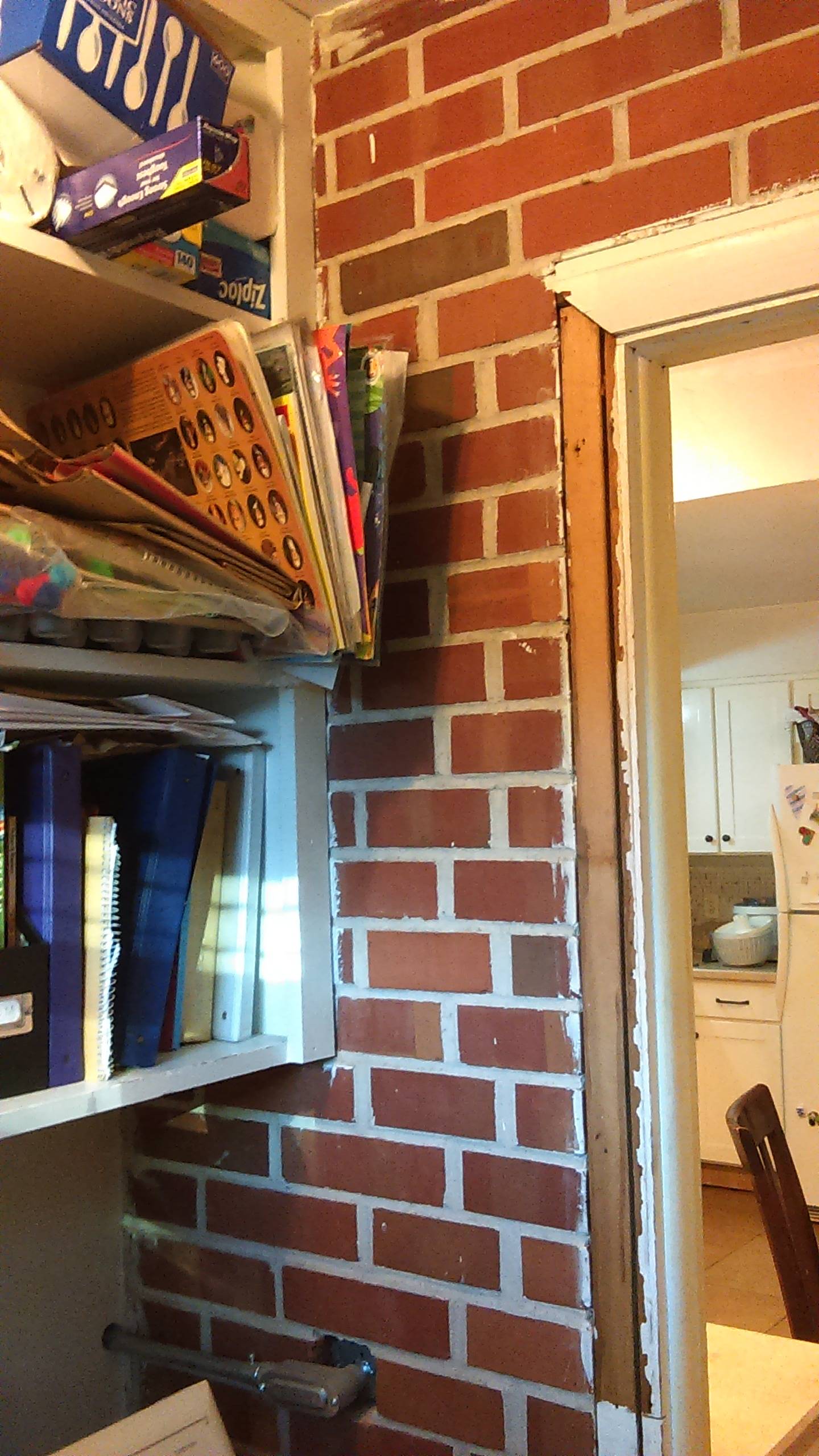 Replace the elbow-piece -- it's really a type of conduit body called a LB (L for elbow, B for out the back) -- with a box and make the connections to the new wiring there. You may have to pull a new stub-length of THHN to the existing receptacles to get enough slack in the box on the existing incoming wires to make the junction.

As to the new run -- I'd use two lengths of conduit for the exposed run: one from the tap box to a box mid-span that serves as a tap point (I'd use a T body, but there's not enough space for it unless the conduit run is offset sideways from the switch location anyway) and the other from the upper box (it can be a handy-box as the box fill's minimal) to the attic, then use a nipple to stub off from the back of said handy-box to the box with the switch in it (which'll need to be capable of taking a conduit). A one-gang box should be more than adequate for the switch box, by the way. The wire would be THHN to match the existing circuit gauge, in standard colors (black/white) of course, with only hot (black) wires run to the switch location from the tap box behind it.

Not the answer you're looking for? Browse other questions tagged electrical wiring conduit or ask your own question.

3
Leaving the extra wire from a 12-3 run un-connected
1
Correct way to rewire for a ceiling fan + light from a switched outlet
1
Can a surface mount Spa Panel be recess mounted in drywall and 2x4 wall?
2
Extending an outlet in the middle of a run
1
Ceiling fan and light on separate three way switches, code compliant?
0
Run conduit from exterior sconce
1
Add switches for two new lights to an existing switch box
5
Can NM cable be installed in a junction box mounted to a floor joist in an unfinished area?
3
Mixed conduit grounding code