Ceiling light won't switch off after a new installation

I've looked at similar questions and answers and they don't make too much sense, I guess because my wiring may be different to others.

So I thought I'd replaced like for like with the wiring from the previous light fitting to the new, but now I have a light which won't switch off.

Please can someone help with this wiring picture to solve the issue for me. 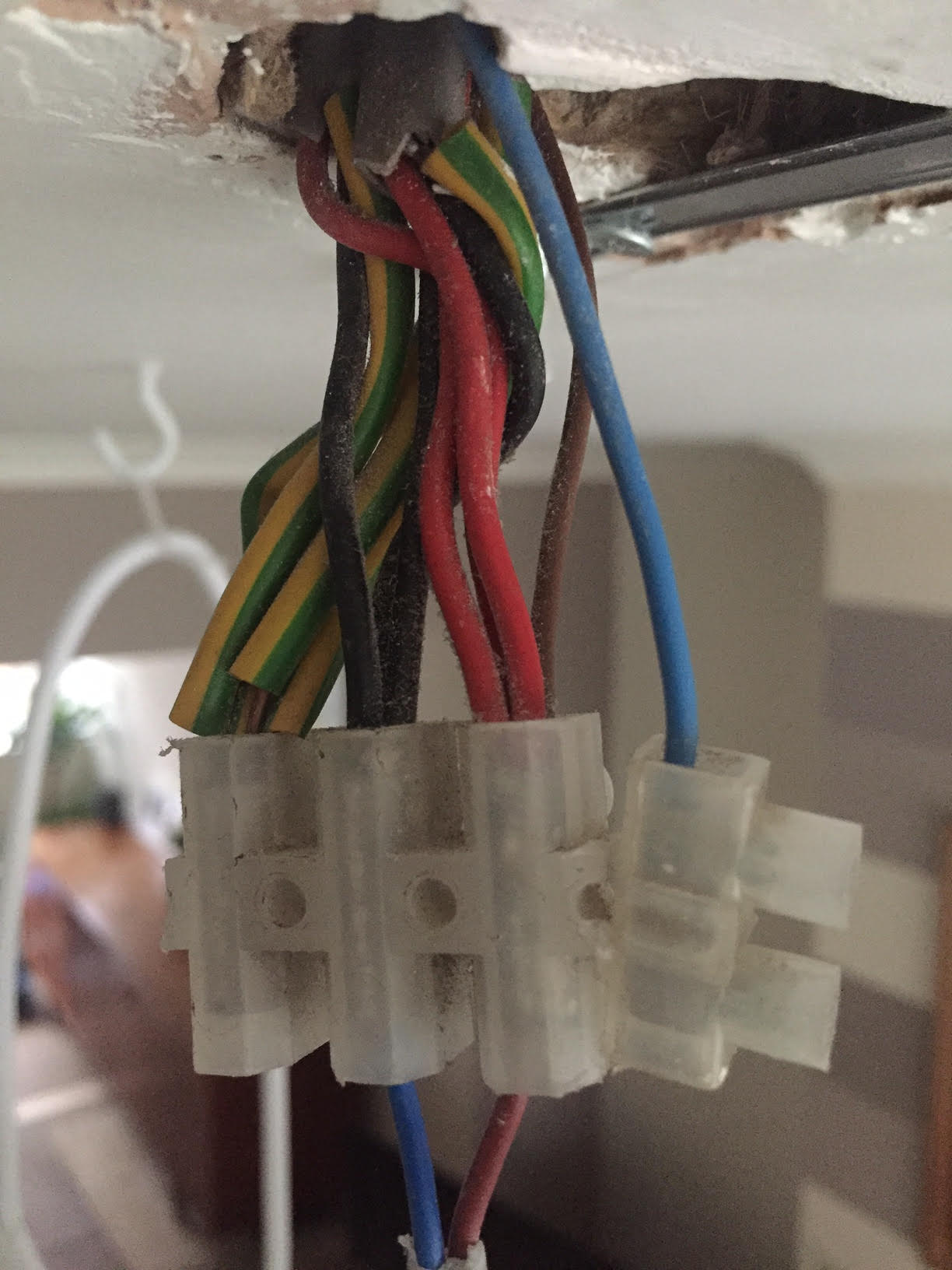 This is one side of a lounge/diner and the exact setup is in the dining room, dimmer, with a newly replaced light (from the same, to the same), here's a shot of the side that does work: 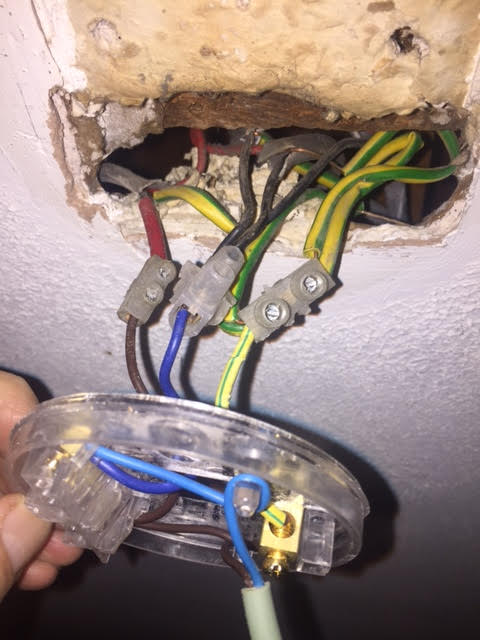 From the color of the wires I assume you are in either Australia, New Zealand or the UK if the home was built prior to 2004 which it certainly looks to be.

The red and black wires are your hot and neutral lines respectively. Since there is a big junction of three sets, I am guessing they are feeders and are always live. Your light is connected across them which is why it remains on. That being said, what is that blue wire doing by itself?

It looks like the lonely blue wire is paired with the brown wire. They look like they form whats called a switch loop. The brown wire is the feed to the switch from the red hot wires. The power is then fed back via the blue wire.

If you don't have a voltage tester, don't worry. Just move the brown lamp wire to that blue wire and turn your switch on and off. Even if its the wrong wire, nothing should blow up.

Edit: added a picture for clarity 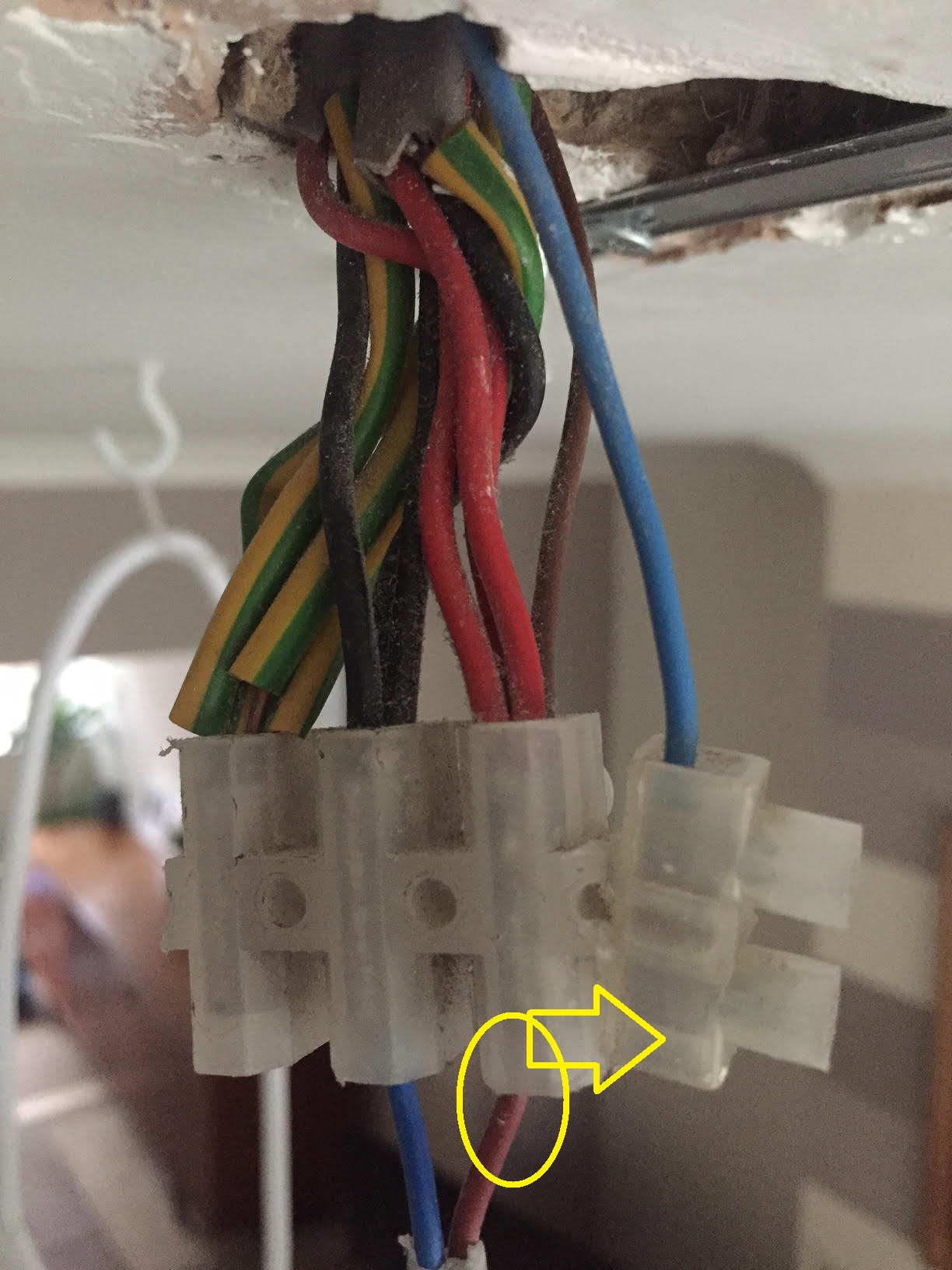