How can I rewire two separate light switches on different circuits to one?

In my living room I have 2 light fixtures on opposite ends of the room (let's call it left and right; (the light switch for the left light is the one shown. The right switch is shown in the picture with the cat.) The right light is controlled by one switch on it's on circuit, the left light is controlled by a separate switch on a different circuit. Needless to say, this isn't ideal (I posted picture with one light on the other off, for clarification). If I'm turning the lights on/off I have to go to both ends of the room to do so. We have dimmers in the room and we have to dim them separately. I would like to tie both fixtures together and bring them onto the same circuit (or whatever needs to be done) so that if I turn the lights on/off on either side of the room both lights turn and or off. How can I go about doing this? 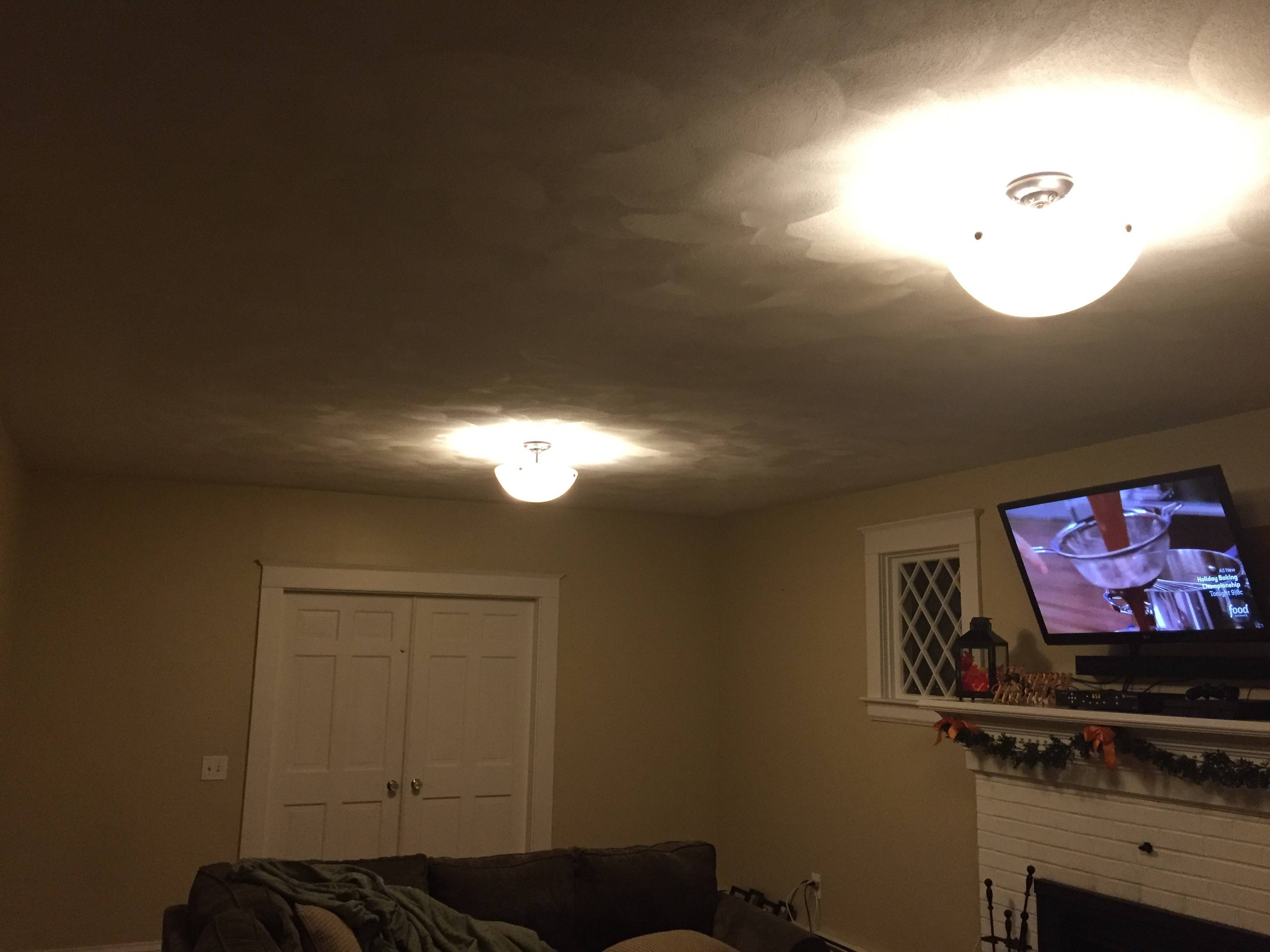 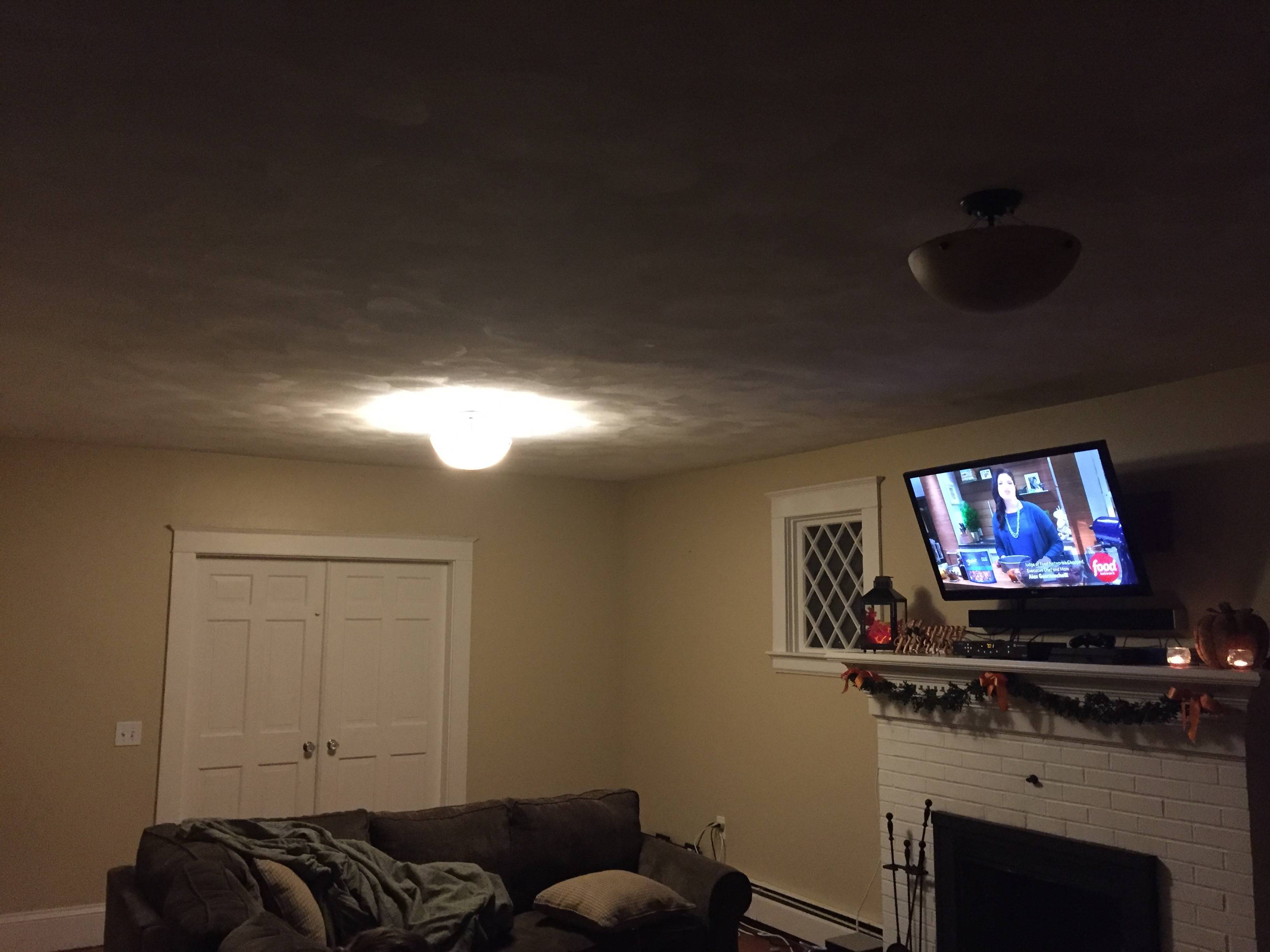 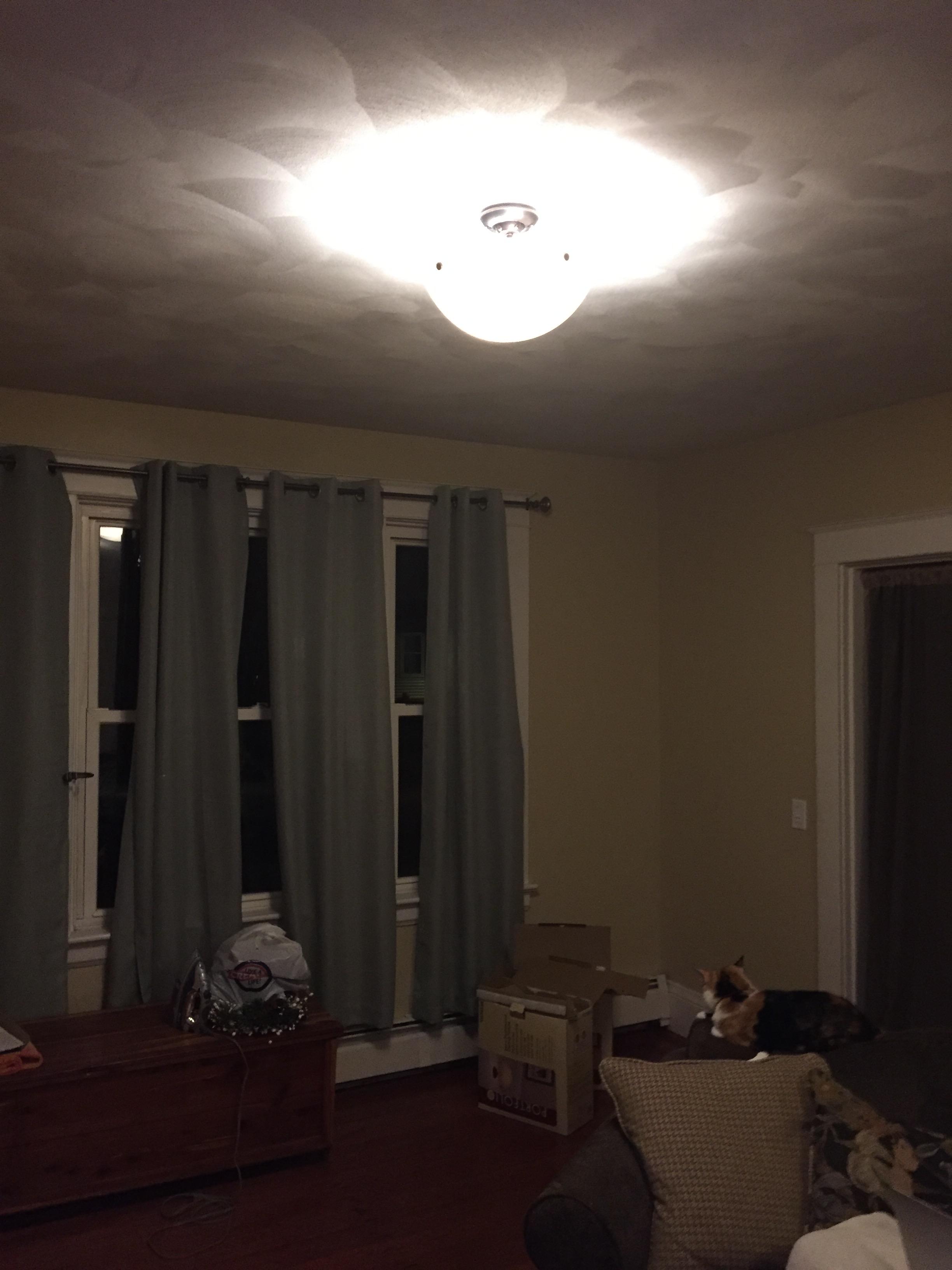 Shared on/off, separate dimming? Home automation (smart dimmers linked by a controller and a few simple programs) would probably be the easiest solution, and maybe the least expensive.

How can I go about doing this?

The most likely wiring is like this (earth not shown) 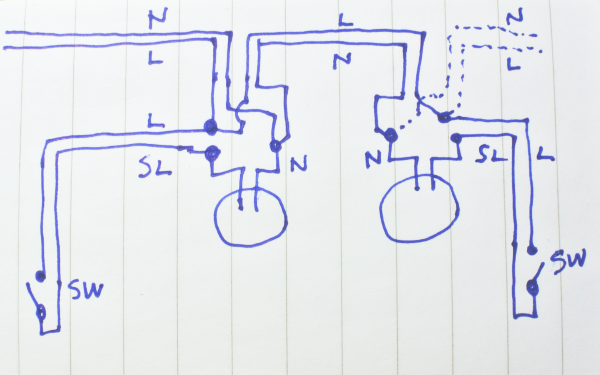 If your room is at the end of the radial lighting circuit, you wont have the dotted loop-out connections shown at right of my duiagram. These lead to lights in other rooms. If you don't have this you can amend the circuit inside the left ceiling rose so that the left switch controls both lights. Just move the L between lights from the incoming L to the switched live SL.

If you do have a loop-out to other rooms you can only put both lights on one switch by installing a four-core cable between the two lights (extra one for switched live) or by using a smart-switch as suggested by Keshlam. You may be hampered by the lack of a neutral in the switch backboxes, smart switches usually need a neutral as far as I know.

Not the answer you're looking for? Browse other questions tagged lighting switch dimmer-switch or ask your own question.

3
How can I control two ceiling fans and lights with one single pole switch?
0
Install one dimmer switch which is one of two regular switches
2
One light switch powers two separate light switches
0
Two dimmers (for two separate lights) in one junction box where there's only White, Black and Red coming out of the wall
2
Two switches, one turns both lights on, the other just one of them
1
How to wire two separate switches off one main 4-way switch
1
Two switches, two lights, only one configuration works