It was not ground, and there was no white connected.

The new switch has white, black, red, and green wires. I connected it up, but obviously did something wrong, because it doesn't work. 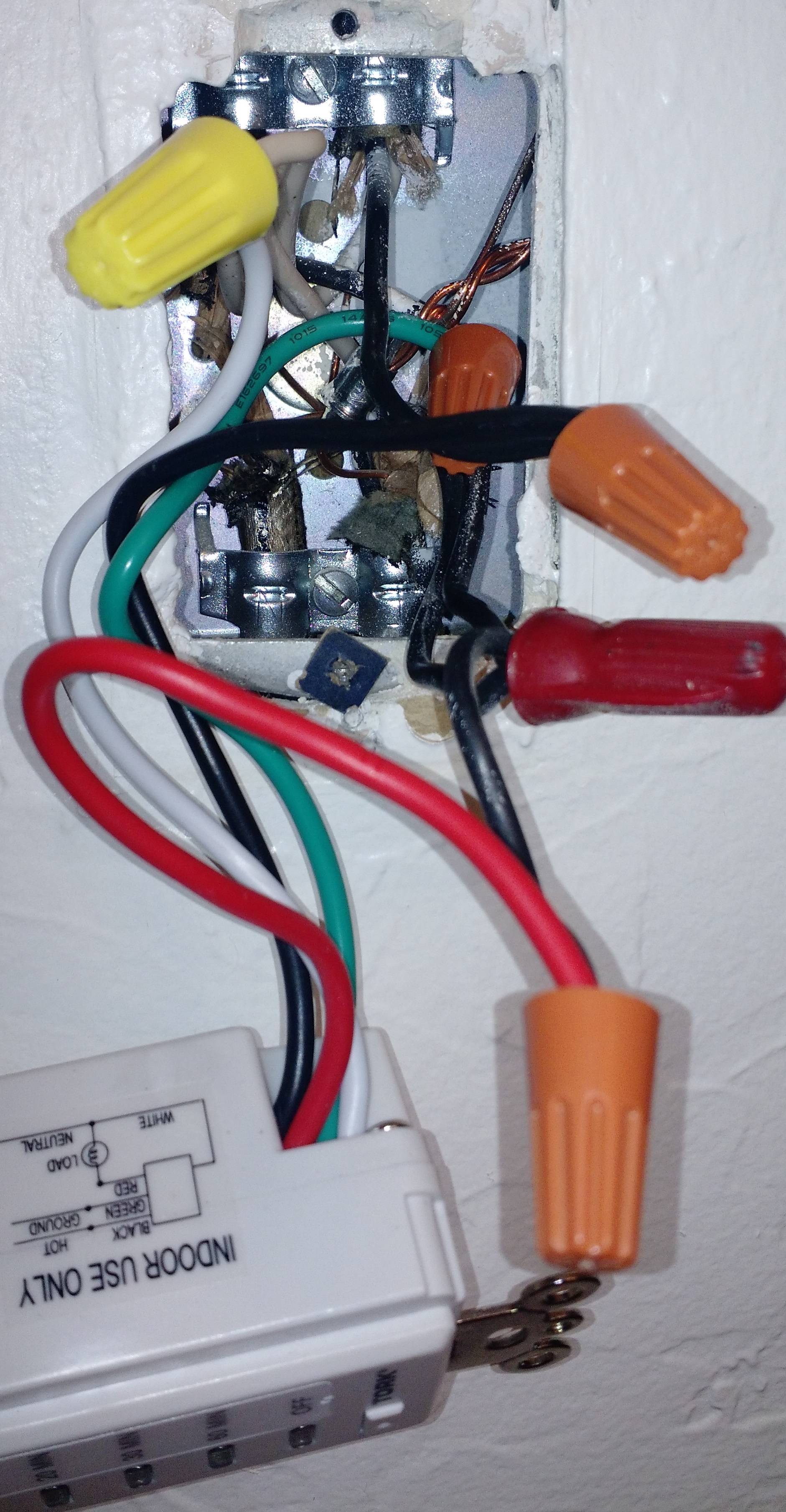 So what did I do wrong? How is it supposed to be? (And just in case I've created a horrible fire hazard, I've turned off the power at the breaker until I figure this out.)

I think you've got the LINE and LOAD swapped. I think the red wire from the switch, should go to the single black wire that was on the old switch. I'd guess that the bundle of black wires is made up of the feeder, a feed to another branch, and the pigtail to the switch.

1
Wiring Bathroom Fan Switch
1
Wiring a fan/light/Bluetooth fixture
2
Wiring a ceiling fan and light switch with two three-cable wires
0
How to wire a smart switch - 2 gang switch box?
1
Simple switch wiring
2
How can I use a switch for outlets to control a new overhead light?
2
Help: Replacing a Leviton Dimmable switch with a Regular Switch
2
Lutron Fan/Light Dimmer switch Install