Can I remove an interior wall which supports a post under the roof ridge? [closed]

Ask Question
Asked 3 years, 2 months ago
Active 2 years, 11 months ago
Viewed 718 times
3
Closed. This question is off-topic. It is not currently accepting answers.

I want to remove a wall that breaks up the flow in our living room and dining room. The wall is perpendicular to floor and ceiling joists.

The wall is about 3 feet from a support beam in the floor. 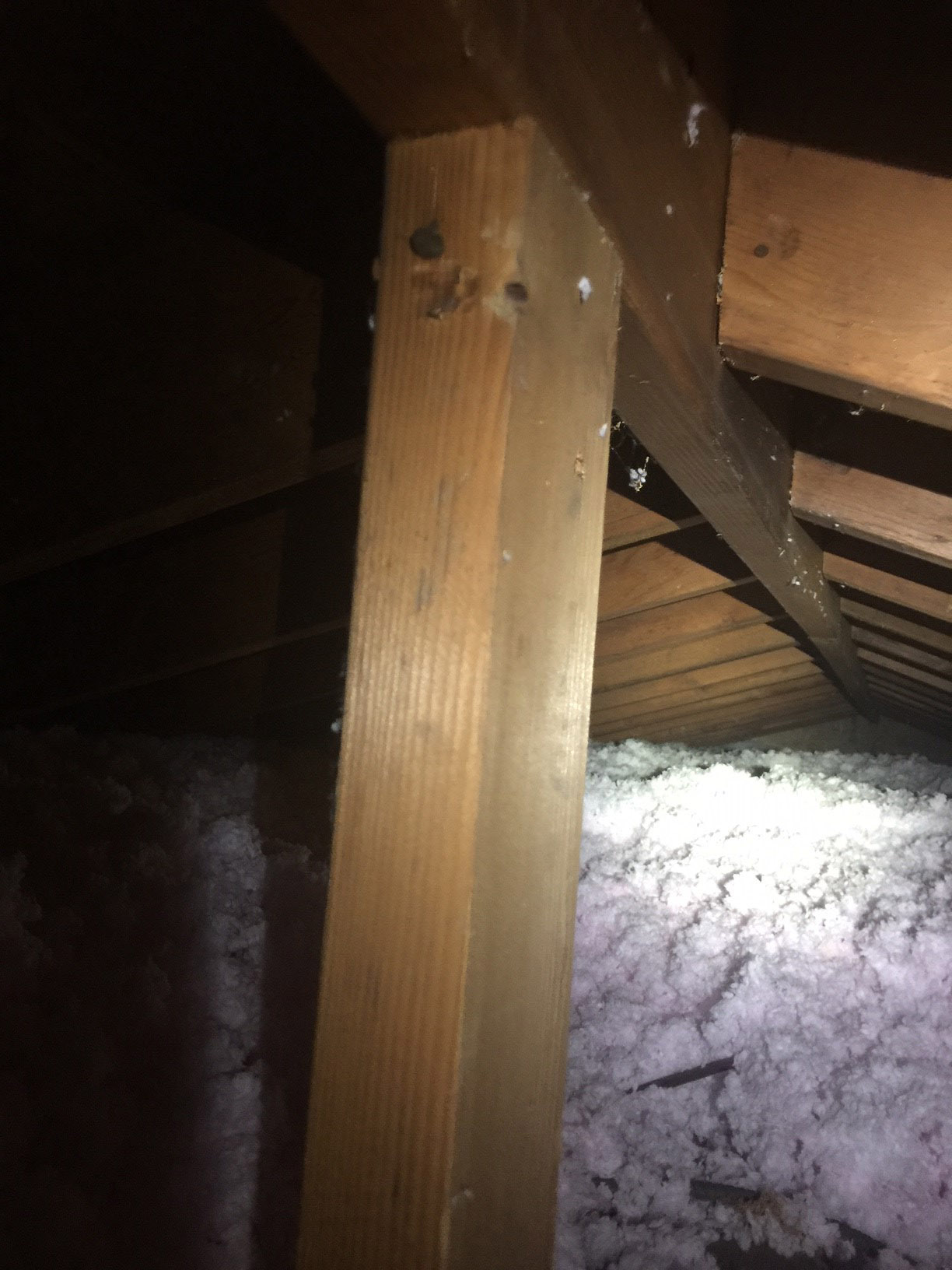 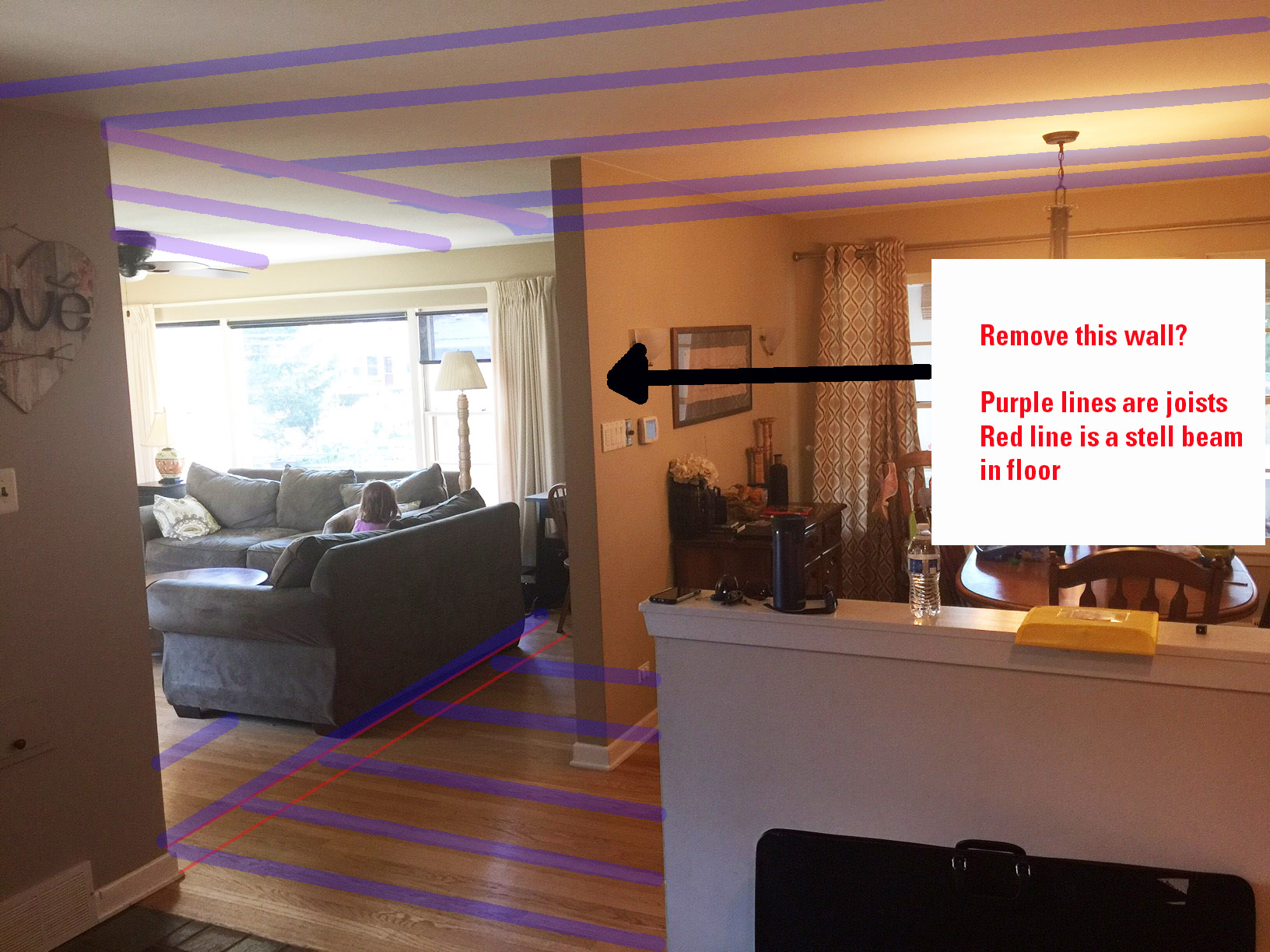 It is highly highly likely that not only is that wall load bearing but it is a crucial loading bearing wall in the house.

Without a lot more pictures and plans I can give you a best guess:

Just understand there is a very very small chance you could just knock the wall down. There is a great chance that if you did you would see issues almost immediately as there is nothing close to this wall and it hold the perpendicular run on it. This is something that you will have to have an architect look at. Even if you DIY you will need plans for permits signed off by someone the city inspector trusts. You knock down this wall and put up a header... don't plan on selling your house without an inspector noticing it and don't plan on your insurance company helping if there are problems.

Yes you can, but only after hiring a structural engineer to design a structure to hold the load.

Your pictures seem to indicate a design flaw that may need to be corrected.

Not the answer you're looking for? Browse other questions tagged walls removal or ask your own question.

1
How can I remove an inner wall of a gambrel house?
8
How can I safely remove and replace a wall?
2
Can I knock down this wall without the whole place collapsing?
5
Are these walls near a skylight, load bearing?
0
Removing a wall to the ceiling / roof
1
Need to find out if this is a load bearing wall on my second floor
2
Removing potentially load bearing wall
2
beam to replace 5 studs of wall
0
Can I Move Interior Load-Bearing Walls Without Changes/Additions to Beams/Piers/Foundation?