Why is neutral wire connected to the right side of a plug?

Why can't the neutral and live wires be exchanged when wiring a plug?

There are two fundamental requirements for safety unless the design of a device guarantees that no electrified portions will have a path to ground other than via the neutral:

If a device didn't have a fuse on the hot wire, nothing would control the over-current in the event something shorted to ground. If the device fused both sides and--under a different failure condition--the neutral-side fuse blew before the hot fuse, the device could appear to be inert while its innards were all connected to the hot wire.

There are two says a device could be constructed to be safe without a polarized plug:

Using polarized plugs is often easier than doing either of the above.

Because the electrical code (at least in US) requires neutral and ground to be connected, usually at the service panel as shown below. While simple systems might not care which input to the load is live, many systems will have some non-trivial connection between their neutral input and ground.

Note, also that fuses will be more effective if they are located on the live wire than on the neutral. 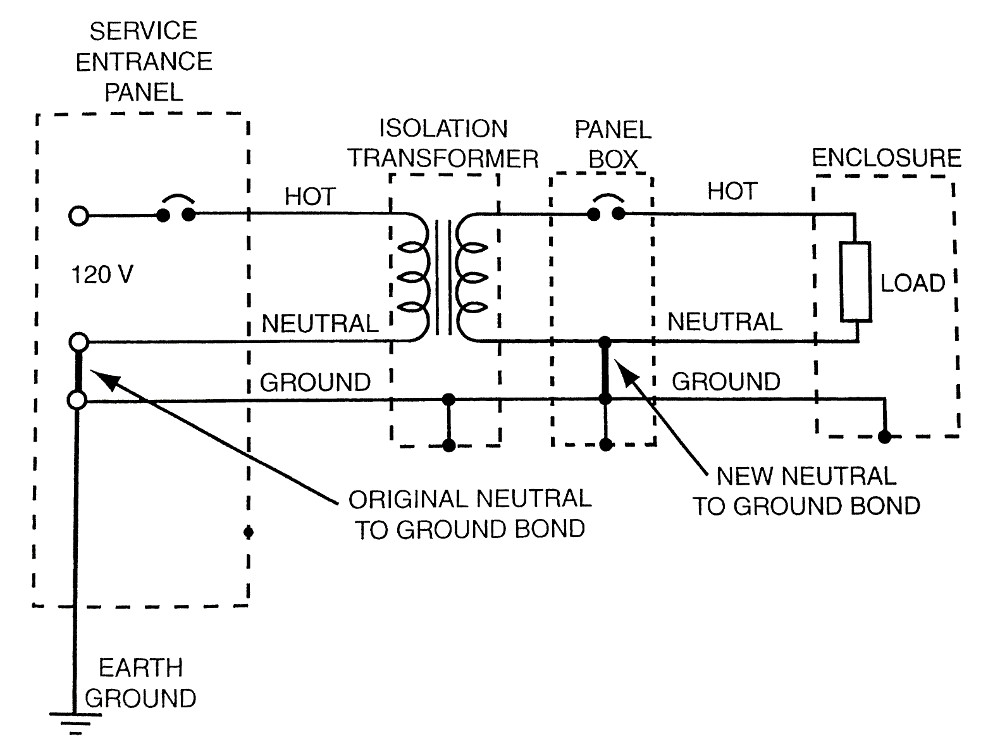 0
Are there any issues connecting Neutral and Live at once to the supply line?
0
Taking a neutral wire from another meter connection?
0
verify if the Ground cable is connected to Neutral cable
6
Leaving lost neutral wire
2
How can I be sure a wire is truly neutral?
13
Why is this shared-neutral wiring bad?
3
about the saying “neutral does not carry current”
2
Smart Switch Wiring Question: What is the Need for a Neutral Wire? How to Provide One?
1
Why does my outlet have two white wires on the neutral side and one “neutral” wire is hot?