What is this black stuff that appeared on my drain after cleaning with a bleach-based cleaner and how do I clean it?

Recently, I had problems with a pinkish/orange-colored bacteria (Serratia marcescens) in my bathroom. The bacteria would show up in my shower and sink, specifically near or around the drains. To counter the bacteria, I bought some mold and mildew remover which contains bleach.

This seems to have soundly defeated the bacteria, but has unexpectedly led to a new problem. Unfortunately, some form of black mold has appeared around my shower drain.

Now there is black stuff around my shower drain. 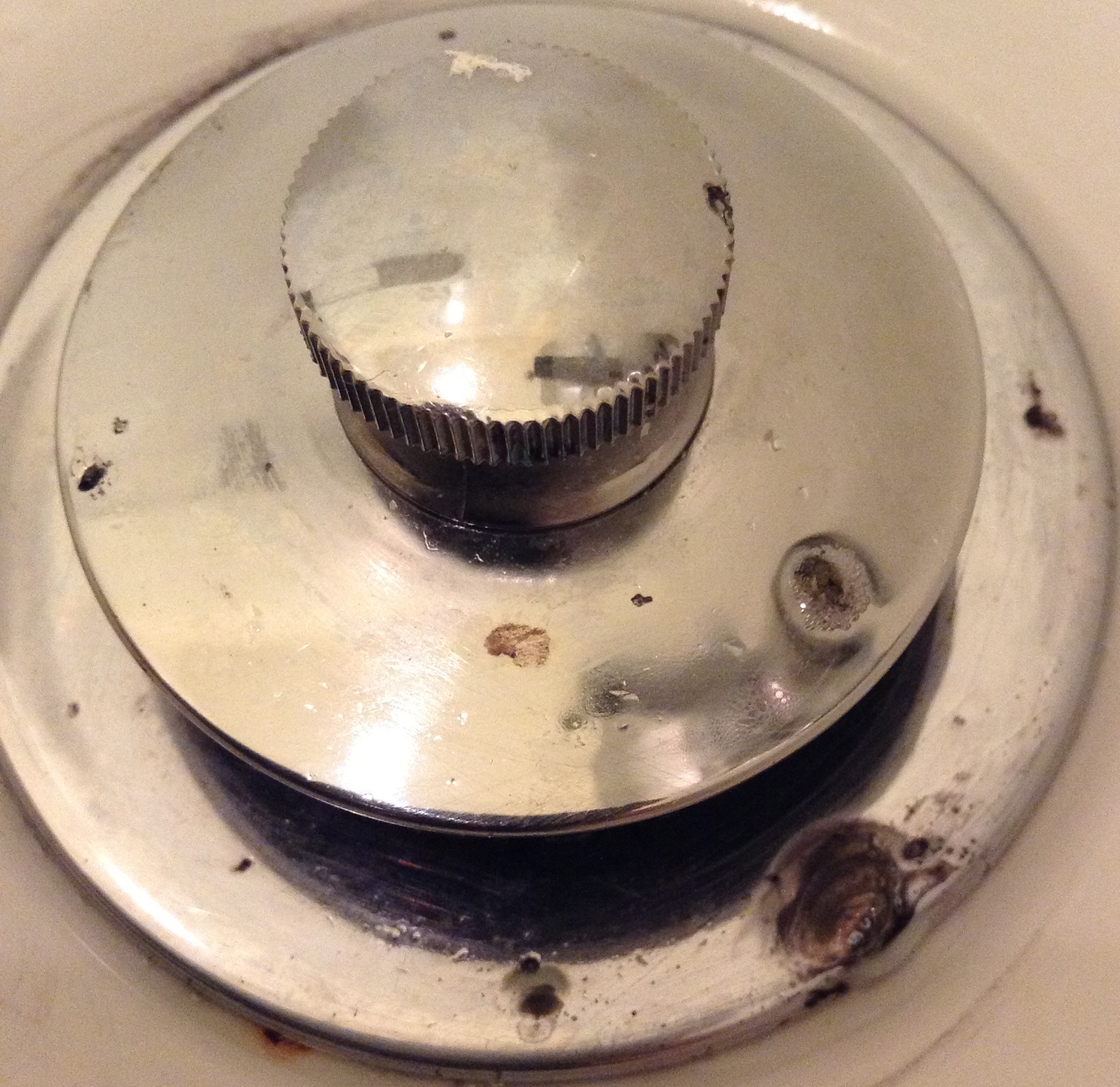 I thought this would be a good challenge for the mold and mildew remover. After spraying and letting it sit, when I tried to wipe away the mold, it left black streaks across the shower floor which were very hard to clean off.

I wanted to make sure this black stuff (whatever it is) was gone for good, so I sprayed an excessive amount of the mold and mildew remover and let it sit without wiping away. To my surprise, the black stuff came back stronger than ever (the picture above).

I think it is unlikely that I have found some sort of super mold that feeds off of bleach, which leads me to believe that letting a bleach-based cleaner sit on my drain has somehow caused it to corrode.

If it is corrosion, how should I go about cleaning it and treating my drain so it doesn't happen in the future? If it is something else, what are my options for taking care of it?

This may not be mold but the chrome plating having pin holes and the cleaners / moisture eating the base metals have created a new problem. I would try to dry the area and use a quality fingernail polish to seal them. If this works it may last for quite a while but with plated fixtures once moisture gets under the plateing it is hard to stop the damage.

I had the same exact problem after I pour bleach in my tub. The solution I used was hydrogen peroxide. Try that before you replace drain. It was a lifesaver. I could not believe the black stuff and erosion just disappeared.

Spray with vinegar after bleach.... I use apple cider vinegar and the black comes right off

I used bleach in my tub drain (fiberglass tub) and let the bleach sit around the metal drain with the drain closed overnight. The tub was black around the drain and I could not scrub it off. I thought the tub was ruined.

I used hydrogen peroxide and immediately it turned back to white!

Not the answer you're looking for? Browse other questions tagged bathroom shower drain mold corrosion or ask your own question.

3
Will Liquid Plumber Foaming Pipe Snake corrode the drain seal on my bathtub?
7
How do I get rid of mold from the bottom of a bath mat (where the suction cups are)?
1
How do I know whether or not I've killed the mold?
0
Trimming timber support to remove suspected mold
2
Is this mold in my apartment?
1
How to keep shower caulk clean
0
Is there mold in my apartment bathroom? What is causing the unpleasant smell there?
0
How to remove this shower drain grate (or otherwise remove mold from the pipe underneath)?