My bathroom sink got severely clogged up. I'm a structural engineer, but I have no aptitude whatsoever to DIY. This, however, I felt was within my reach, so I decided to give it a try. (Also, I'm Brazilian, so forgive any incorrect terminology)

I unscrewed the trap, removed it from under the sink and removed the snake of gunk that'd completely clogged the inlet.

My problem is in putting everything back together. This is what I have: 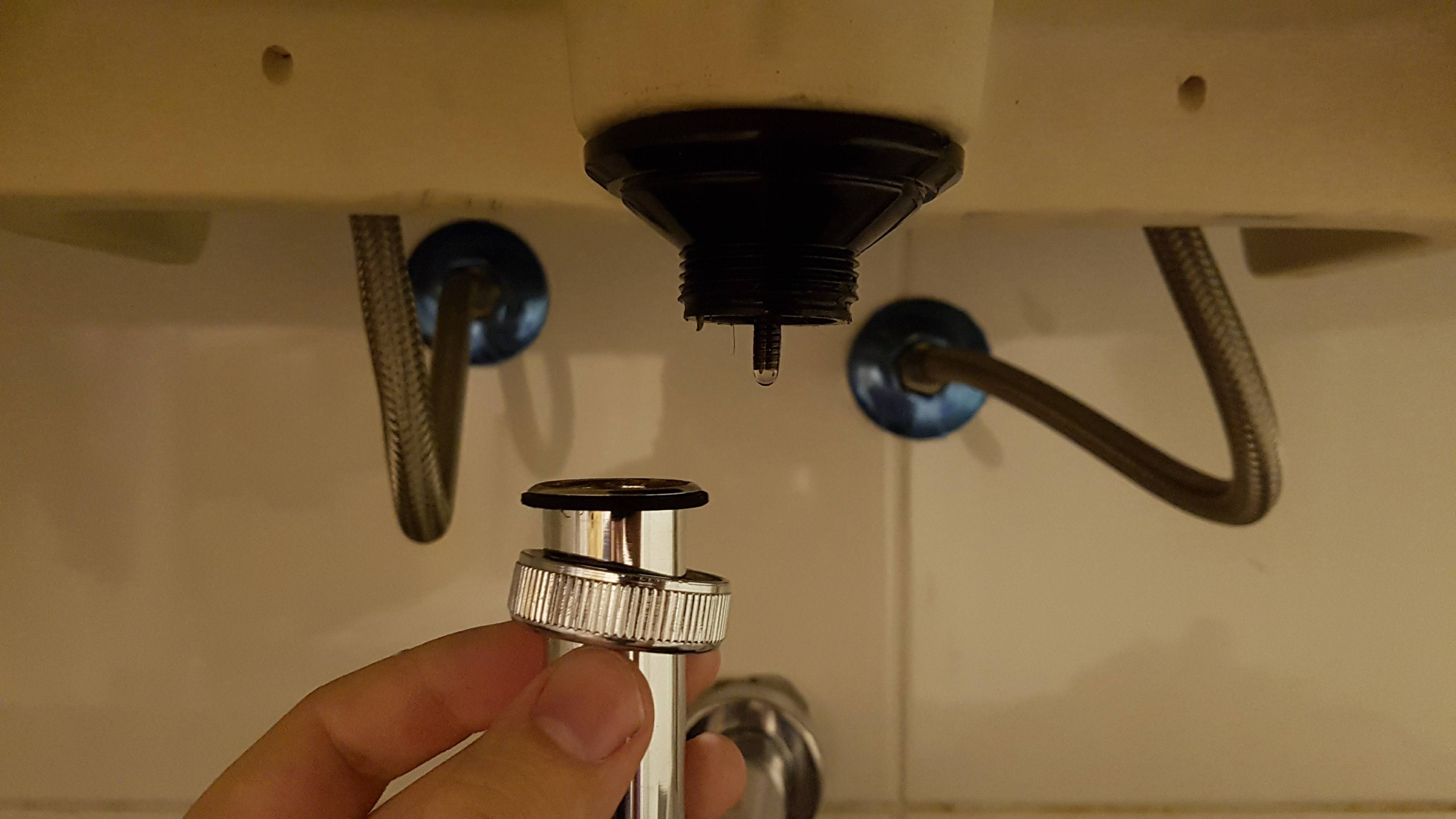 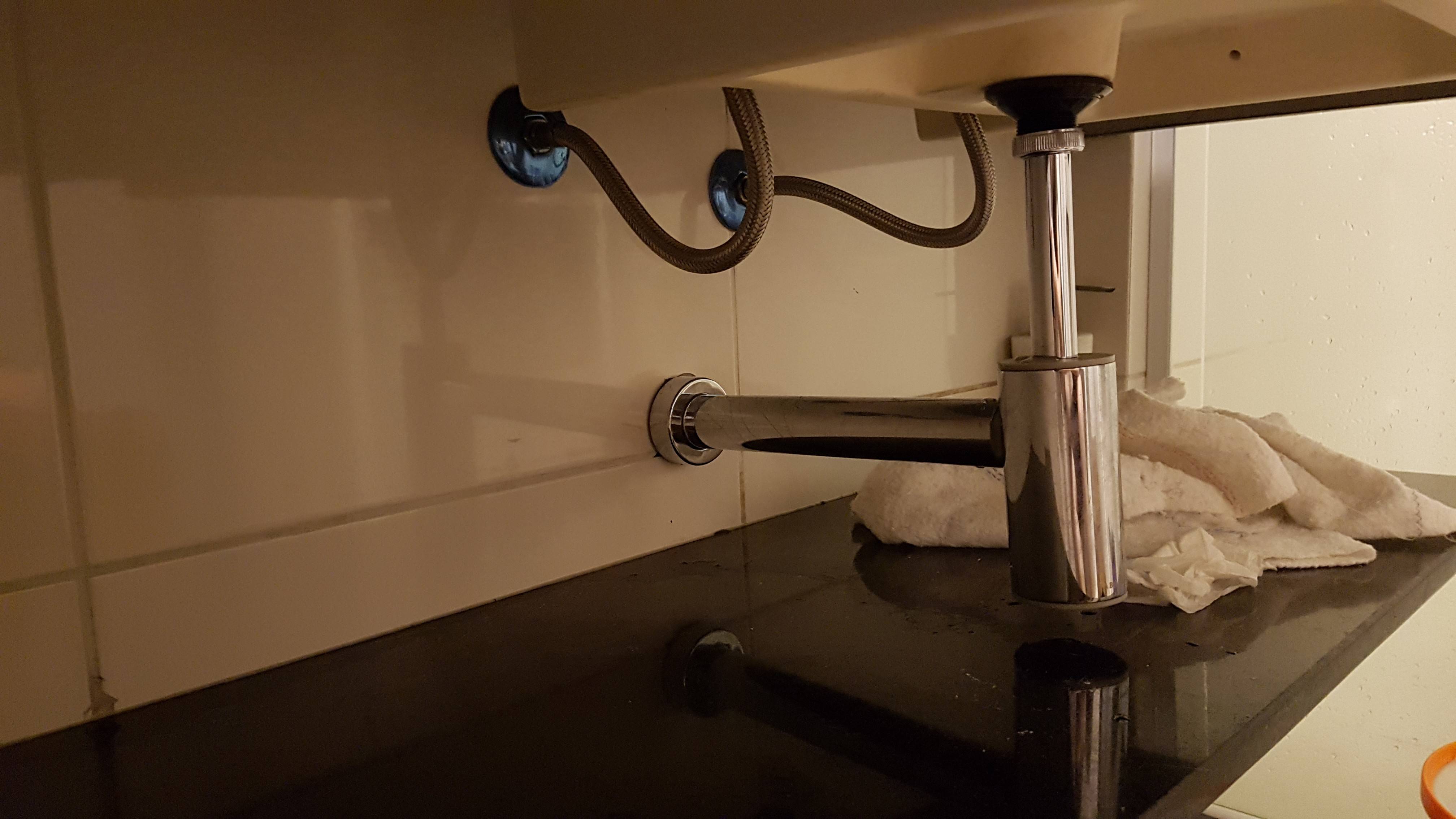 The only variable I'm unsure of is the rubber ring (seen around the top of the pipe on the first picture). I don't remember where it was when I removed the pipe. In the picture, it's pushing up against a lip at the end of the pipe, but it may not actually belong there.

If I place it over the pipe, trying to align the pipe, the ring and the drain before screwing everything with the nut, it leaks (I tried some three times).

If I place it where it is shown in the picture (beneath the lip), I have some trouble getting the nut past it (I have to turn the nut around and it slowly moves past the ring). Eventually I get it into position, but after I screw it onto the sink and open the tap, it leaks again (though it takes a few seconds). (I also tried this three or four times).

I've done some googling but, though I've found dozens of links and videos on replacing the strainer, this seems to be so trivial no one's bothered.

Many videos mention a gasket at the mouth of the trap, but it's always shown embedded into the nut. I'm unsure if this is a different mechanism or if this ring is that gasket which has come loose. The latter would mean my attempt with the ring where it is shown should work, but perhaps I'm missing something (should I use putty or thread seal tape around the drain?).

The ring goes where you have it and you're over-tightening. These things need barely more than what you can do with your hands. (There's really no pressure to contain with a sink drain.) The ring should stay inside the nut and seal the pipe to the nut. The nut seals against the bowl threads.

2
How to install sink drain pipe correctly
2
What should I use to seal the ball rod on a pop-up sink drain plug?
2
Is this an ok construction for a bathroom sink drain?
0
Drain pipe P trap leaking under sink
1
Sink drain pipe leaking
4
Tailpipe of sink not aligning with P trap
0
How can I lower a sink trap to accommodate an appliance drain connection?
0
What is the black piece on the utility sink?