How do I handle an unterminated wire behind my wall?

Was doing a reno on my bathroom and noticed there's an unterminated wire behind my wall, near the overhead vanity light fixture: 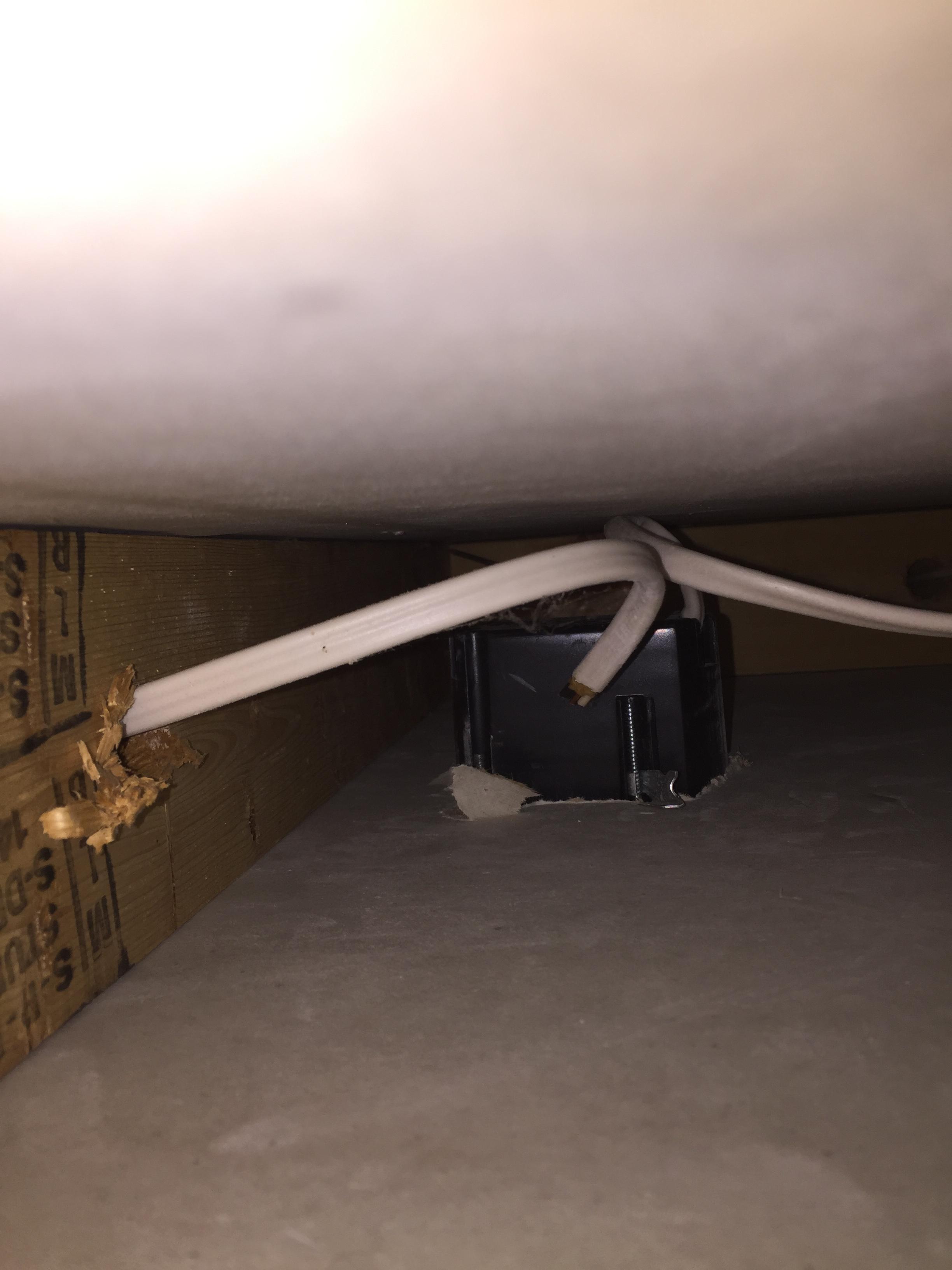 I'm unable to trace it any further since it goes behind a stud, but there is enough slack for me to pull it down and test it with a multimeter.

If it's live, how do I safely handle it?

To answer your question about handling the wire, I'd suggest you turn off power to the whole house, pull the wire to where you can work with it, spread the black/white/ground wires so they aren't touching, and strip a tiny bit of sheath off the black and white wires. Secure the wire so it's not likely to move around and inadvertently short out. Now you can turn the power back on and poke at it with your multimeter.

As far as handling it in the longer term, the following is based on the assumption that the wire is live, or can be switched live, so should be dealt with properly. If you do a bunch of exploration and convince yourself that it's always going to be dead, then ignore the following.

The textbook thing to do is follow it back to the source and nip it there. However, that might result in a lot of drywall repair.

Failing that, the best code compliant approach I can think of is to put an old work box in the next stud bay and pull the wire back and into it. Strip a bit off the wires and nut them individually. Apply a blank cover plate and you're good. (Turn off the breaker while cutting nearby and working with the wire.)

It does look like you could probably pull the errant wire into the existing junction box, which would be good, but you'd probably not get enough wire in (6") to be code compliant.

10
How should I rewire this situation?
0
2 breakers powering 1 set of outlets
2
How do I identify six light switch wires with a multimeter?
7
How to locate a disconnect in electrical wiring?
1
Is it Safe to Have an Attic Light & Receptacle on 60A HVAC Circuit
0
Why did this device blow the main fuse?
4
Bathroom vanity light with no junction box
3
Find exit point/path of conduit
1
Bathroom remodel - Where to place vanity light box in wall and proper vanity size
2
Splicing Feeders from Meter/main shutoff to multiple sub panels/outbuildings