My garage has such excessive moisture that I am often replacing pliers and other tools due to the constant rust that forms on their surface.

It is not currently thermally regulated, but I have considered a dehumidifier (though, with such a large opening for the door, I feel like it would be moot).

The bottom floor is built out of cinder block, and is built into the grade of the hill. It appears as if they may have tarred the outside of the building, however I still get water weeping through the wall.

I've read that some people apply some sort of water-blocking paint to the inside, however that seems like it would invite frost-jacking when it freezes out. 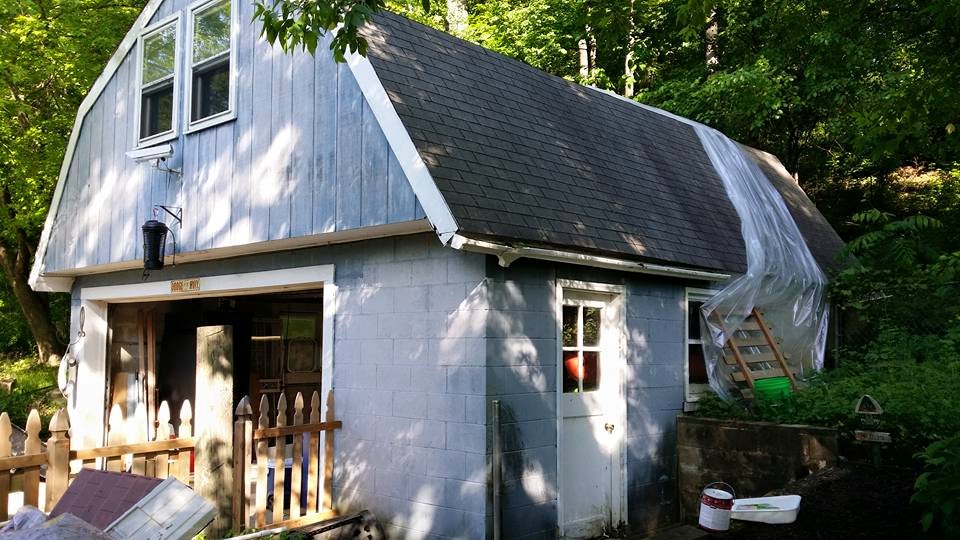 The problem is obvious from the picture. The water sheds down that hill right where the house is. There is a house near me that is at the base of a hill and it floods regularly even though mine does not. It is because he is at the base of the hill.

To solve the problem, you need to dig a trench between the house and the hill that is deeper than your foundation and put a drainage pipe in the bottom of the trench to drain the water somewhere else.

You'll see a huge improvement by 1) sealing the concrete, even from the inside, and 2) ventilating well.

You're right that moisture is wicking through the block, and you can stop most of it with a sealer. Ventilation will almost always help the situation, and will not draw significant additional moisture out of the walls.