How to remove screws from old decking

I have some decking in my back garden and some of the planks need replacing. However, the screws are difficult to remove.

Some have rusted/weakened sufficiently so that I've managed to remove the screw head entirely when trying to unscrew them while others are just very stubborn and hard to undo.

I've put some WD40 on them and this has helped in some cases, but there are still many that are proving very hard to get out.

The planks will be thrown away so I was considering drilling through the wood around the screw and effectively allowing me to remove the plank and leave the screw behind (possibly in a little plug of wood left behind) but then I'm stuck with still having to get the screw out.

I'll also have to remove the shafts of the screws that have lost their heads but I'm hoping that using pliers will do that.

What would be an effective course of action for dealing with stubborn screws in old decking?

When the boards having the heads are being discarded, a simple way to remove them is to cut through the screws at the joint between the board.

You can use a reciprocating saw (often called by a brandname, Sawzall) 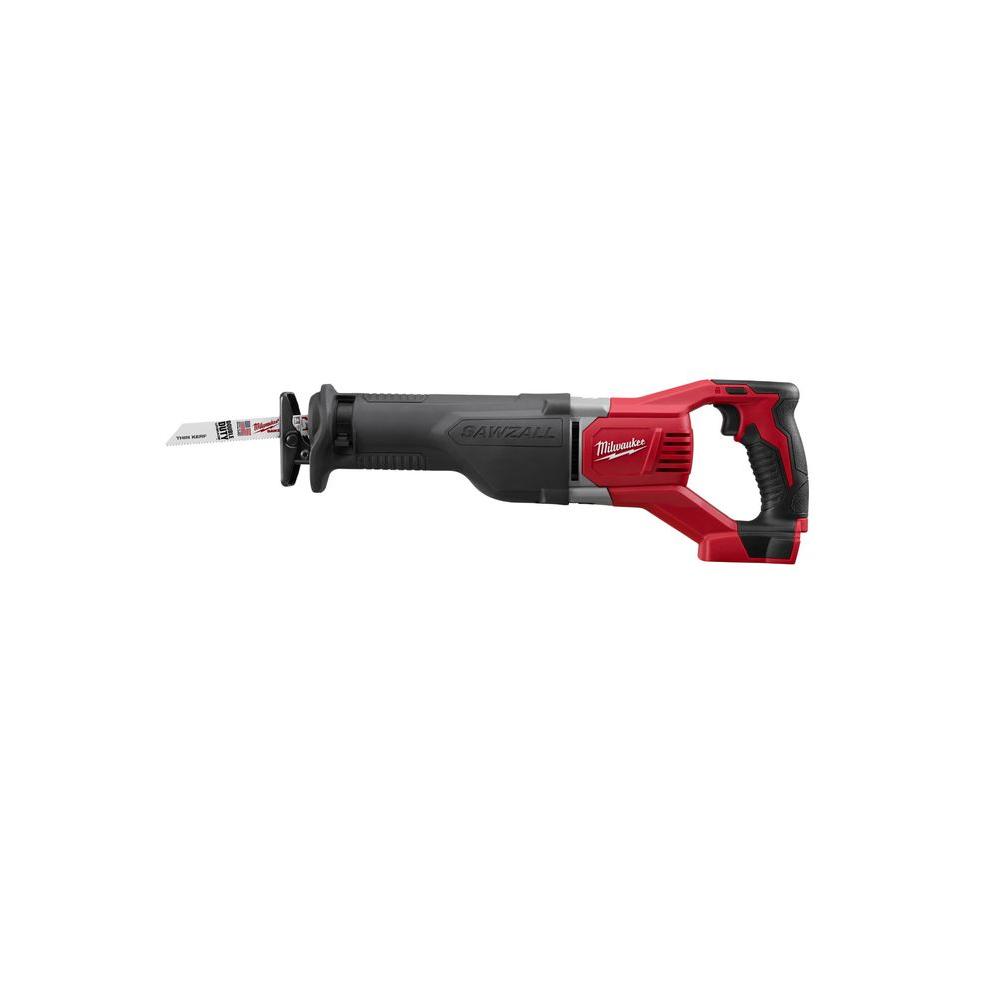 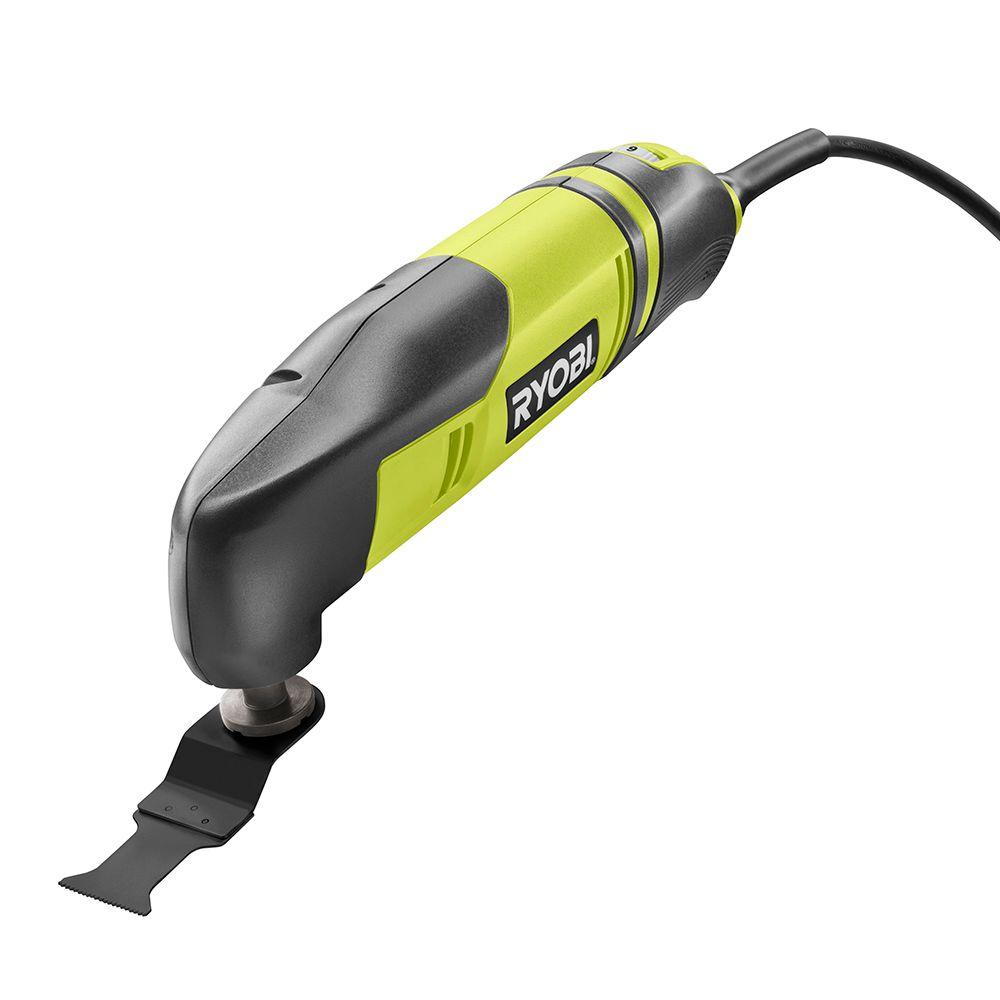 In either case, you need to use a blade intended for cutting metal. Some blades are combination blades that work in wood or metal. Place the blades between the bottom of the decking and the supporting framing and cut just the screw. The small amount of wood taken out will not matter, but lean the blade toward the wood being discarded.

If you can't access the bottom of the deck, you can remove a section of the board to be discarded close to the screw and then cut the screw horizontally.

The stub of the old screw in the framing board will be covered by the new boards.

@Bib is absolutely correct in the answer above, but in the grand tradition of skinning a cat multiple ways, here's an alternate approach. I think this would be faster than an oscillating tool and easier than a sawzall. (Though both are great tools to have -- don't let me discourage you there.)

Given that you're not trying to save the deck boards, I'd use a circular saw to rough cut them first, then use a sledge hammer to knock them off the screws. Anything that is awkward for the sledge can usually be removed with a 2' pry bar. If any screws remain, first hit them sideways with a hammer to see if you can break them; otherwise, twist them out with vise grips. (This assumes that you're taking out a large percentage of deck boards... if you're just plucking a few strategically, this advice doesn't apply. However, if a few of your deck boards are bad, it's probably not long before all of your deck boards are bad, so doing everything at once might work well.)

Cutting strategy: if your deck is nearly ground level, then just run the circular saw between each joist. This is a lot like cutting the tree limb that you're sitting on, so care is required as you get to the edge. If the deck is a little higher, (so hard to access from the ground), cut so that you've got walkways of deck boards that bridge two joists. The pattern would look like this: 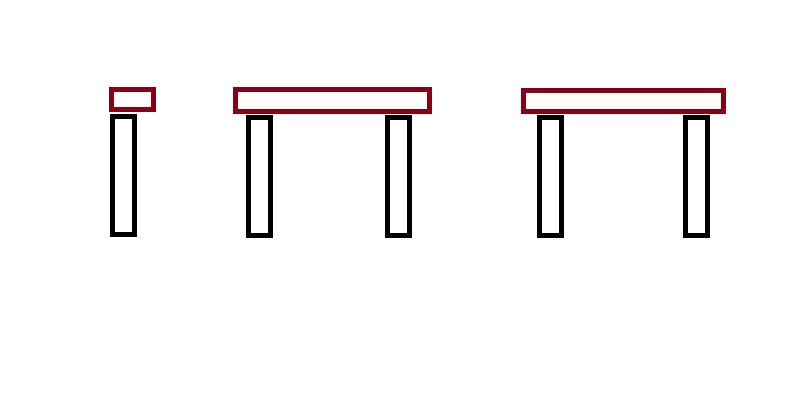 Again, use caution, as you're relying on less and less structure to keep you from tumbling.

If your just replacing a few boards and you can see the screws clearly, I have had pretty good luck using a coring bit. They can be a little hard to find without pilot bit, but they work very well. You can also find a hole saw without a pilot and it would work well.

You simply put the hole around the screw, the large plank comes off, and your left with a little wheel of wood that is screwed in.

You can then usually just turn the wooden "wheel" and the screw will come right out. Or you could use vise grips. If none of that works then you can just cut the screw, and hammer the remainder into the joists.

When the plank is to be replaced you can cut the plank either side of the joist (I drilled a hole to start then a power jigsaw to cut). Then split the small remaining bit of plank along its grain with an old chisel (not a good one, please!) adjacent to the screw. That will leave a rusty screw protruding out of the joist.

I have always found that if you grab such a protruding screw head with a self-grip wrench and rotate it anticlockwise it will either unstick or shear off. If it shears off below the top of the joist all is as good as it could be. Otherwise you may have to cut, file or grind off the remaining protruding bit with a hacksaw, hand file or various possible power tools. Whichever, it's a lot easier with the plank gone!

My screws had rusted in after a decade outside so I actually found the easiest way was a mallet and crowbar to lift the decking planks up.

If you are keeping the decking this works well, if you are not, once you have one out you could saw up the decking, makes it easier to transport to the tip as well.

Not the answer you're looking for? Browse other questions tagged screws decking or ask your own question.

1
How can I remove these screws from shutters?
2
How can I remove paint from slotted screw heads?
3
"Top layer" plywood subfloor fastened to decking
1
How to remove a sheet metal screw from the threaded end
1
Specs for reinstalling 10+ year old composite decking
0
How to remove this shower handle?
5
How can i remove my rusted and stripped deck screws from my deck boards?
1
Remove Tight Decking Screws
2
I have loose screws - how can I tell a drywall screw apart from a wood screw?
4
How do I repair decking where my screws have broken?