I've got a skylight straight up in the ceiling, about 3m off the ground. Pretty much exactly this:

When it's cold, water condenses on the inside and eventually starts to drip. In winter it needs to be wiped at least once a day.

Now, I've had absolutely no luck finding a suitable tool for wiping without climbing up a ladder and wiping with a towel. What I need is a very absorbent sponge at the end of a telescopic arm, which, importantly, fits the extreme curve of the window. Any typical flat floor wiping tool is absolutely useless.

Any advice on what I should be looking for exactly?

You'll likely have to cobble something together. Start with a telescoping painters extension pole (found at any hardware/home improvement store in various lengths), then add a mop head or whatever you think will work best.

What you have is called a bubble skylight. The older ones are notorious for being poorly insulated. The moisture builds up in there because there is a big difference in temperature between the air in the room, and the surface of the skylight. It is basically acting like a chimney, and causing you to lose a lot of heat throughout the year. A poorly sealed skylight is nearly as bad as leaving a window open a crack all year.

What you need to do to prevent this from happening is to insulate the skylight. The cheapest, and most effective way of doing this is by installing insulating window film. These kits can be found in most home stores, and are pretty inexpensive.

Inside of the box, there is a roll of window film, and a roll of double stick tape. It is pretty simple to install. Tape around the perimeter of the window first without exposing the other side of the tape. Measure the film, and cut it oversize by a few inches. Peel off the plastic from one piece of the tape and position the film over it. Then you can peel off the plastic from the rest of the pieces of tape and carefully install the film. You want to avoid any creases when putting it on, and make it as straight with the window as you can. Then take a hair dryer, and gently heat up the film until it begins to shrink, which tightens it up. You want to avoid heating it up too much because it can shrink to far and separate from the tape. The goal is to make it completely air tight. Once the film is tight, you probably wouldn't even be able to see it most times.

That should solve the problem with moisture building up. You may occasionally get a little bit of moisture, but it shouldn't be nearly as bad as it is now. You will probably also notice that there is less of a draft, and your heating bill should go down a little.

In the end the correct course of action was to change the usage pattern of several rooms in the house to reduce humidity overall, so there isn't that much condensation to begin with. For the remaining condensation I ended up ordering a bunch of different things on Amazon for testing. The best thing I found there was a round microfibre swivel-head mop with telescoping pole (specifically the Leifheit 52026), which works great. The fibres are on the bottom of the disc and thus it works against gravity, and the whole disc is of the right shape and flexibility to work with the curvature of the window. 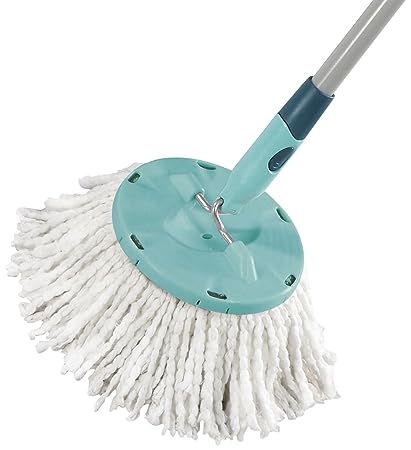 Not the answer you're looking for? Browse other questions tagged cleaning skylight or ask your own question.

1
Quick and cheap insulation for skylight
0
How can I make a diffuser for a 22 X 30 skylight shaft?
2
Does condensate on a skylight indicate a broken seal?
0
Skylight bad idea on flat roof?
0
Skylight Insulation
1
Finding Skylight Replacement Dome
1
What are the pros and cons of adding a skylight?
0
DIY skylight sun-block, fire hazard?