I abandoned the idea of connecting this timer (Intermatic) to a 3 way switch. I was hoping to change the wiring to a two-way switch set up, but this didn't work for me. I thought I could disconnect wires from one of the two switches to accomplish this.

Let me explain what I did. For one switch I have two black and one white wire, when I checked the three with a non contact tester, one black wire was hot. I connected timer switch to these wires, but the switch didn't work and didn't turn on. The other switch for the same lights had a black, red, and white wire.

All three set off the non contact tester (super confusing for me). Two other white wires in the box were tied off together. I thought these were neutral, but they also set off the tester. When I checked the three hot wires (red white and black wires described above), they had different voltages one was 2 or so, the other was 7, and the third was 17 or so.

Just curious what this all means. I tried connecting the timer switch to the black red and white wires, and this too did not work.

Trying to connect a timer switch to a 3 way switch (intermaric ej600).
Timer switch has four wires, red white blue white and black.
Old switch has three wires, two black and white.
There is a bundle of white wires in the box not being used 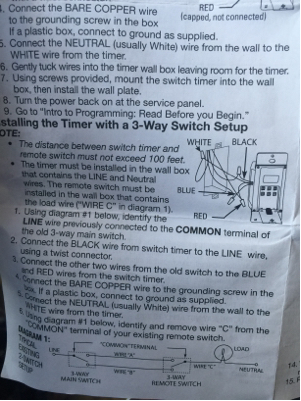 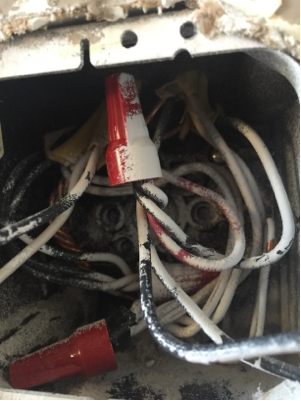 Not enough wires to connect to the red and blue wires on timer switch.

Anyway, sorry to not have provided enough information. 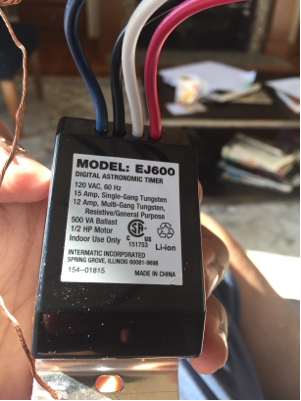 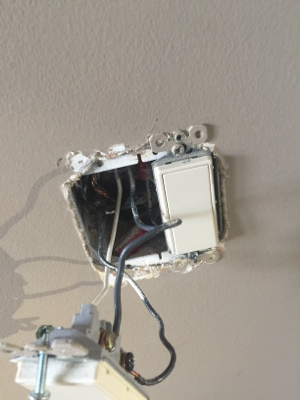 5
How can I install a timer with three-way switches?
0
Replace 3-way Dimmer with Timer Switch
1
How should I connect a new timer switch?
3
Light Fixture Stopped Working After Replacing Its Three-Way Switch
1
Wiring a dimmer and timer side by side
4
Replace a motion-sensor/timer with simple single pole switch
3
How to wire a 3-way dimmer switch in box with three cables
1
Convert Three-Way to Single Switch and Add Smart Switch
0
Replacing an Intermatic EJ351 mechanical light switch timer with a wifi Smart Switch KS-602 timer in 1935 house